Steam Summer Sale 2022
47 minutes ago by theresamurray (2 replies)
in News
I am a person who loves to play games, especially interesting games modded apk for android version at...

CH →
Walkthroughs →
Might & Magic: Heroes VII → Academy → The Story of the Wizard and the Djinn
﻿

Might & Magic: Heroes VII → Academy → The Story of the Wizard and the Djinn

Welcome to the Academy campaign.

This faction is all about magic, and on high levels the heroes can both give their armies some pretty insane buffs and also do direct damage to (or weaken) the enemy forces themselves. Many of the units are quite fragile, though, so getting through battles with low losses is more about playing it smart than relying on the defensive stats of your armies. Summoning, troop positioning and maximizing damage output are more important than relying on your sturdy creatures to take the brunt of the battles.

You start out with two heroes, Fahada and Khalida. I suggest you make Khalida your main hero, and focus on specializing in magic when you level her up, since that will be useful in combat. Fahada is your main protagonist, but she starts at a lower level. There should be plenty of time to gain levels later. Now to the story: Orc slaves outside your city are revolting and it's your job to put them down. I foresee all sorts of moral questions popping up in this campaign – should be interesting. For now, let's do what the campaign is about, kill those pesky slaves who dare revolt against their rightful masters. 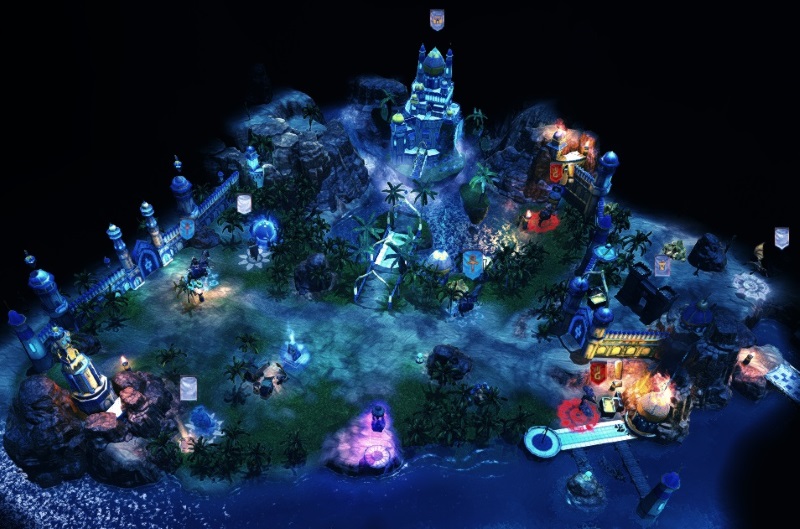 Once that's done, make sure you visit the Arcane Shrine slightly hidden south of the city. Kill all the stacks and grab all the stuff around, then talk to Qasim outside the city. Apparently, orcs are rebelling all over the place. You are tasked to end it. You still can't enter the town, so keep clearing the area of rebel scum. When you take out the garrison to the south of the town, a small conversation between the two ladies (who seem more than a bit friendly with each other) take place and they split up: Fahada goes across the bridge, which is then destroyed by a rebelling cyclops, so you're stuck out there. Good thing that your quest is in that direction; you're looking for a blue gem, which is in a tomb somewhere.

First, Fahada needs to bolster her army. That should be your priority. There is an Elemental Conflux nearby, and also try to look around for creatures that will join you for free. That should give you enough force to take on the various rebels around the area. You don't have too much of an army yet, though, so I suggest using your spells to do some heavy damage. One of the quests needs to be completed in 7 days, but that's not a problem since the army you need to take out is coming right for you. 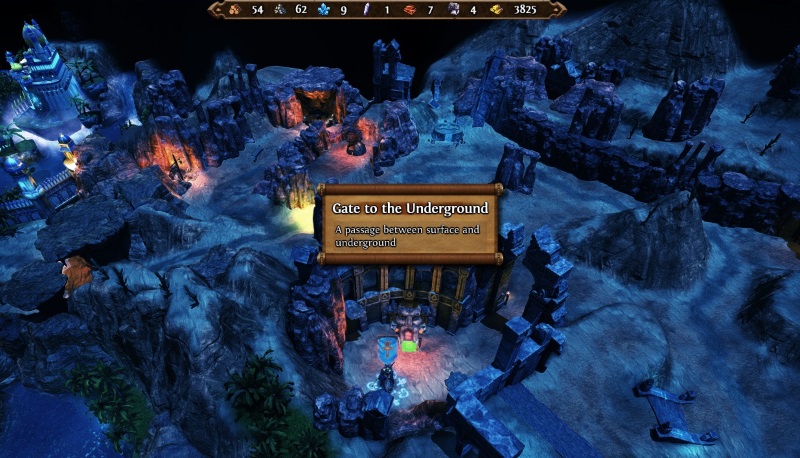 Once you have cleared the area of rebels, more armies will join you for free, so go talk to them. Keep fighting creatures, finding items, flagging mines and visiting booster until you come to the Altar of Elrath. Interacting with that allows Khalida to open the (yellow) seal blocking her path on the other side of the river. Once through, make killing rebels the first priority; more creatures will then join you (they won't as long as there are rebels loose). There is a stack of rakshasas nearby; having them in your army should make things easier. Also recruit some golems from the Magic Menagerie. After Khalida has cleared out the area, head down to the underground. Loot the caverns and find the riddle room. 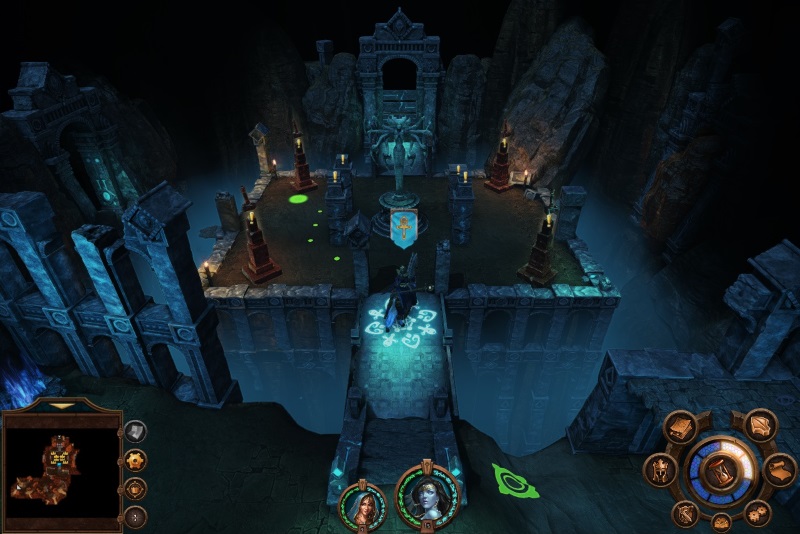 Reading the memorial plates, you realize this is the tomb of Hakim of Azhar, who loved riddles. There are 4 levers you have to manipulate in the right order, otherwise you will have to fight increasingly hard enemies.

So basically, start on the top left and go around conter-clockwise. After you click a lever, you can click the memorial pillars to have a look at the inscriptions from Hakim. When you've clicked all four levers, the tomb opens. When you head inside, an enemy hero named Jengo comes out to boast about how his buddy Malathua will invade the city Shahibdiya and kill everyone. Then he attacks you, but he should not be too hard. Just use some powerful spells to take out the centaurs and those fast fliers. The rest is easy.

Grab the loot and exit the tomb to the right, visiting the Altar of Shalassa on the way. That will allow you to open the blue seals as well. Moving west, another cyclops blocks your path if you try to head south, so cross the bridge and meet up with Fahada. When you perform the next move, you will lose Khalida, but don't worry about losing items (they will be transferred). Equip Fahada with «The Flower of the desert» to complete the quest.

Now your job is to move south east to Shahibdiya and defeat that invading Malathua guy. You have 1 week. Get moving. Where, you ask, since the path was blocked by a cyclops? Check your quest log: there's a spirit gate just east of the bridge. Move through the spirit world and when you arrive on the other side, pick up some spells and volunteering rakshasas. There are also some apprentices on the way to the town, they might join you. Now attack the town.

It looks like it could be a close battle, but here's a tip: That gem you're now wearing gives you a spell: chain lightning. Try it. Watch the carnage. The tsunami spell is also quite good fun. Since this was the last fight of the map, I just set autocombat to handle the rest. Job done. 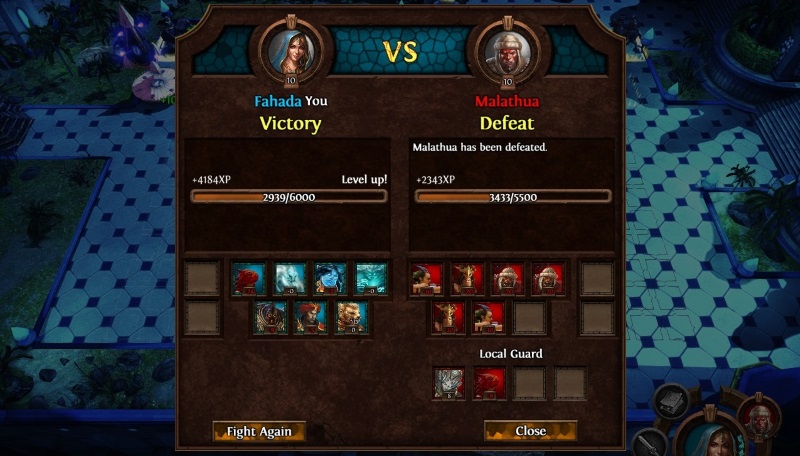 Steam Summer Sale 2022
47 minutes ago by theresamurray (2 replies)
in News
I am a person who loves to play games, especially interesting games modded apk for android version at...