Favourite/Least favourite...
54 minutes ago by eighteafive (77 replies)
in Might and Magic
First post here (cannot believe it took me this long to discover this wonderful forum). I hope it isn't...

CH →
Walkthroughs →
Might & Magic: Heroes VII → Academy → The Story of the Lost Daughter
﻿

Might & Magic: Heroes VII → Academy → The Story of the Lost Daughter

In this map, you find that your main hero from the previous one is simply not here. In fact, the common denominator in this campaign is not a single hero, but the blue gem.

You start out with Masfar (remember him?), a level 20 hero, and a town this time. Your quest is to find a gem that can bring people back from the dead. Got it? Let's go. Your goal is toward the east, but before you can face what awaits you there, you must build your town and get a proper army up and running. So move west into the desert; here are resources and boosters, and (importantly) a Sawmill and an Ore Pit you need to flag. Explore the area, possibly even hire another hero to pick up stuff and cover more ground. Also, try not to lose so many creatures during combat. The «summon elementals» spell is good for that. You have plenty of time, so build your town and make sure you get some mage guilds in there. Creatures and spells, that's what you need. Take your time, the enemy won't come to you until you open the mountain pass. 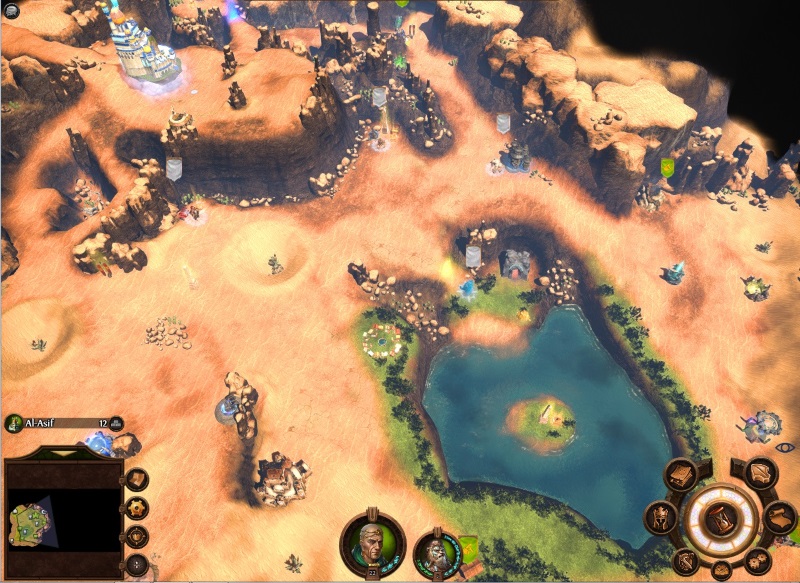 When you have explored for a while, and you're sure your army is strong, go east by manipulating the tombstone near the closed entrance. Proceed through the pass to find the necromancer Lyla, who is unwilling to help. How dares she? Continue east after her; the mission is now to kill her and all her minions. To the east is a fort called Turaabi. Owning that is useful. The Gold Mine nearby should also be high on your list of priorities, as access to gold is a real problem in this map. Just north of the fort is a lightly protected garrison, and further north from that is another fort, called Kudur. Scattered all around are treasures, boosters and creatures to fight. None of this should be a problem if you have a strong army, and with the fort, you can also ship out reinforcements via caravan. Combat tip once again: summoned creatures are great. 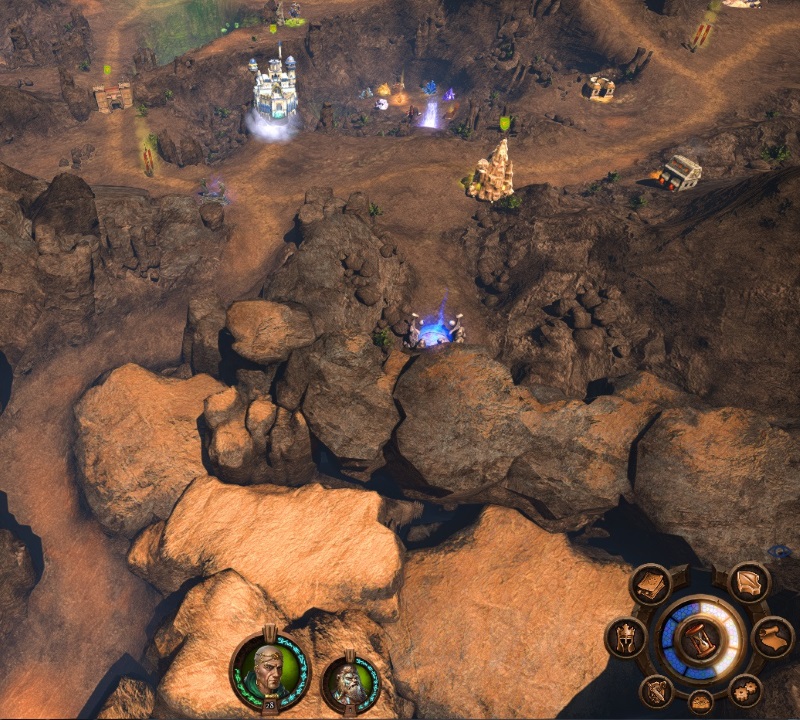 There are just two battles you need to worry about; the heroes Lyla and Luna have good armies and a decent set of spells, so when you meet them first time you have to be prepared. After you did that, though, you can roam around and explore their territory, capturing forts (rebuild them to gain a wider area of control) and fighting neutrals. On occasion, the heroes might come back out to retake a fort or something, so recruit another hero or two and be ready to intercept them; this time they haven't got big armies with them. I toyed with them for a while; took complete control of their territory and wiped the map clean of neutrals before attacking the town, which I took without losses. Simply by being patient. 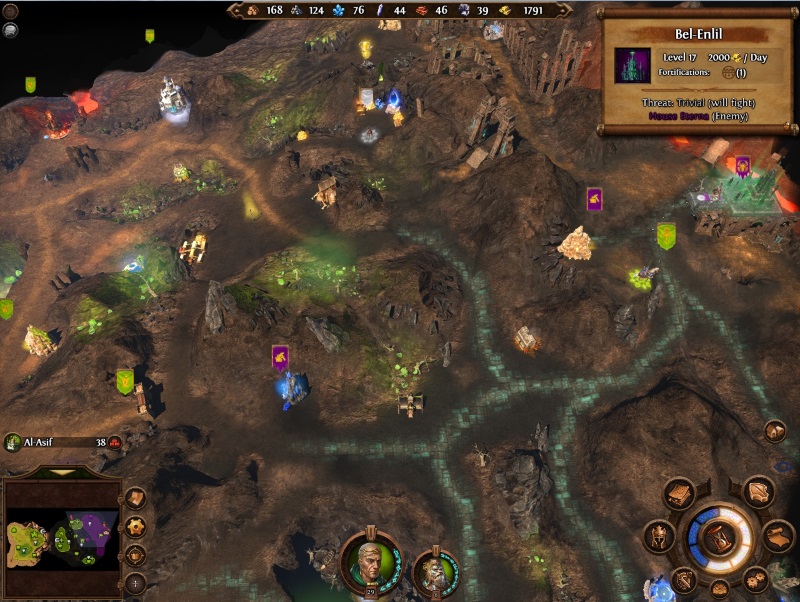 When you have done that, Lyla will do as you ask. Suddenly, you are playing from her perspective, going into the spirit world. Move from round thing to round thing and watch the stairs move, Hogwarts style. Meet up with Khalida (from map 1). She will help you find the right path in this crystal world. Now, as you might have guessed from the riddle section earlier, there is a trick to this. The round purple crystal platforms trigger the paths so you can walk on them and you have to place both heroes on the corresponding platforms. The trick is to trigger them in the right order. If you want to experiment, you can try different combinations; place both heroes on similar platforms and see if anything happens. If not, here is the solution:

1) the platform with the small hovering rocks/droplets, 2) the golden statue of a priest/abbot, 3) the sword, 4) the green winged beast, 5) the knight/cuirassier on the prancing horse, 6) the deer, 7) the one between the deer and the sword.

Doing it in this order causes the crystal bridges to form a path to where you want to go: through a big ring. From there, you are transported up to Jadwa's essence. If you paid attention to the story, that's the daughter that's been lost. 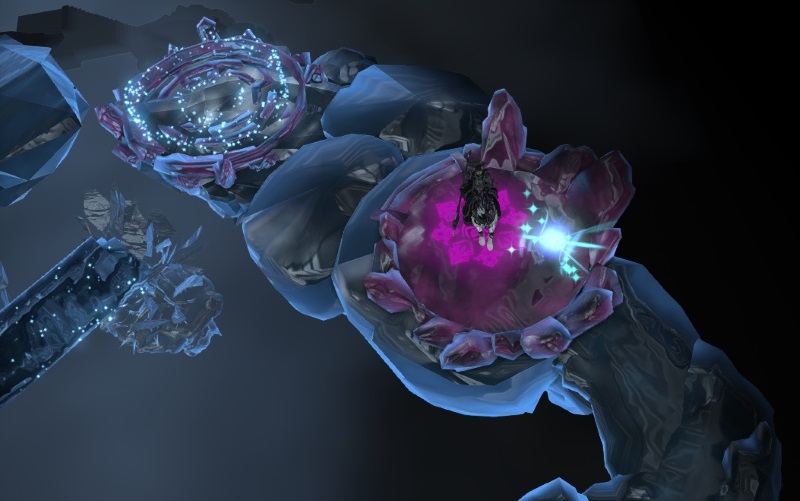 Next up, a cutscene. And then, whaddayouknow: a battle. Turns out, things weren't as simple as our hero thought and he should have listened to advice. Never saw that coming, eh? Jadwa is level 30 and her shantiri titans pack a real punch. I beat her by preventing the titans from shooting by summoning elementals next to them, and then sending my whole army forward. Boosted rakshasa rajas and disciples made most of the damage. After another cutscene, the map ends. The message, and its relevance for Ivan, is up to you to decipher. 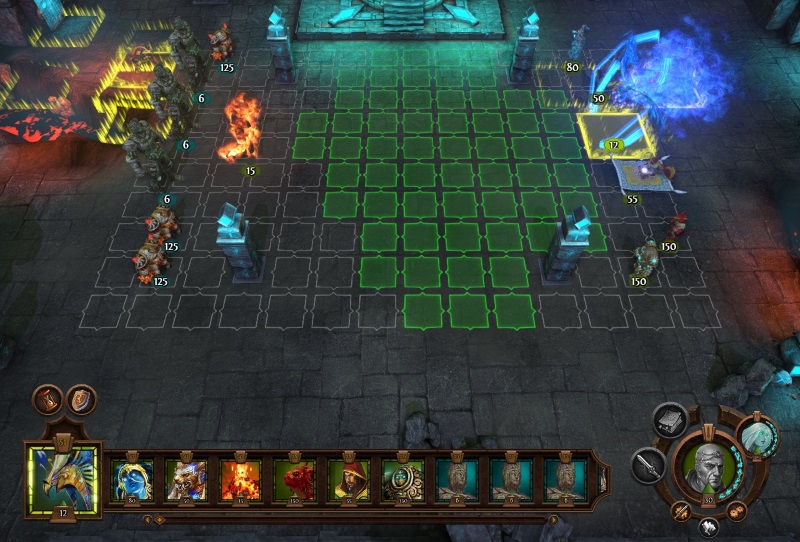 Favourite/Least favourite...
54 minutes ago by eighteafive (77 replies)
in Might and Magic
First post here (cannot believe it took me this long to discover this wonderful forum). I hope it isn't...