Zilonite sends me tips on how to capture a Dragon Utopia within the first month of a game. In his example, he uses Haven troops, but the same result can probably be accomplished with another town as well. But it's not just about Utopia: Acopy's article will help you get the most out of the tactics phase, the creature sizes and the obstacles on the battlefield. Just click on the screens to enlarge them.

Special thanks to LaBoule who extracted all the info from a Powerpoint document. As a token of my appreciation, I will link back to the original Russian version of the document.

A Utopia during the First Month

The following is a sample-based guide on how to capture a Dragon Utopia with Haven troops during the early weeks of the game (around week 1 to 4, depending on the map and the difficulty settings). This particular sample happens on week 4 of the Heritage map, played on Heroic difficulty.

Such an attack might be successful only if the Utopia is guarded by less than 4 groups of dragons and only in cases where the battlefield obstacles are sufficiently helpful. Therefore, before attacking an utopia with a main hero, it is always necessary to sacrifice one scouting hero. This scouting hero should check, firstly, the number of dragon stacks and their initial placement and, secondly, the terrain of the battlefield. Both of those things remain the same during the course of a game.

1. Tactics phase before the battle. The main goal here is to tempt one of the dragon stacks to fly so close to the Marksmen that they will be able to perform Precision Shot immediately. Also Fire and Acid Breath attacks should be avoided as much as possible. 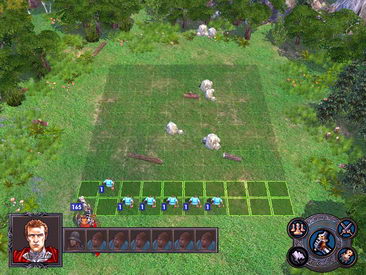 2. The Black Dragon fell right into the trap. Also, other dragons did not reach the ranks of our army yet. 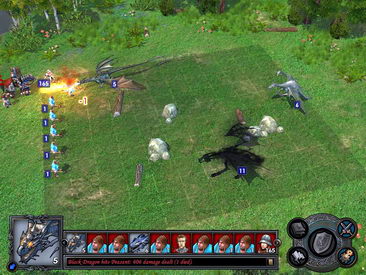 3. The obstacles on the battlefield should be used as much as possible. Here it is possible to avoid the attack of the Shadow Dragons on the next turn. Although they can fly all the way across the battlefield in one turn with their speed of 9, their 2x2 creature size might prevent them from reaching our army on their next turn. 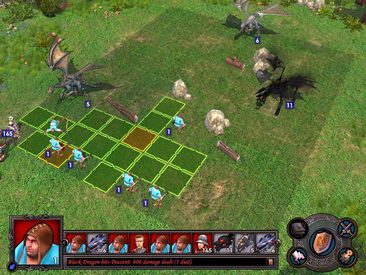 4.The actions of the hero depend on what he/she has. Main priorities are Bless, Divine Guidance and Haste. If the hero doesn’t have any of those spells, the most likely course of action is direct attack. In this example, Rutger has Divine Guidance, so it is better to use “wait” until the Marksmen or the Peasants are ready to make a move. 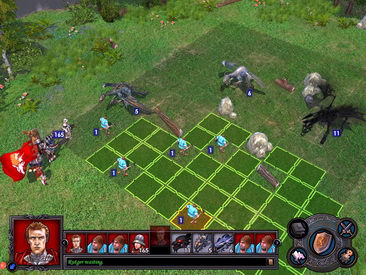 5. The moment of truth has come… Take a look at the damage range – while it shows that kills are from 2 to 5, the most likely outcome will be 5. Also check the placement of the Peasants. While blocking access to the Marksmen is their primary goal, battlefield obstacles can be used to avoid a Fire Breath attack on two Peasants simultaneously. 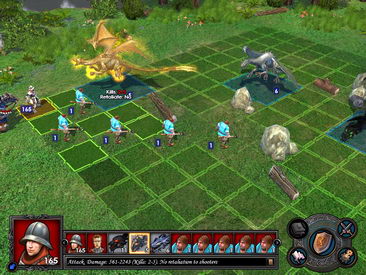 6. You need to be extremely careful when shooting with Marksmen. Basically they should use their shot only when the dragons are within the Precise Shot range, otherwise its better to wait until the dragons fly closer. Usually, dragons will fly closer as fast as they can because the Peasants who guard the Marksmen seem more important than the other Peasants. 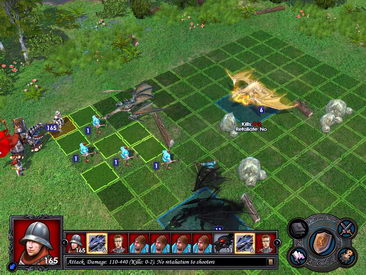 7. If the Spectral Dragons are the only ones that remain, it is better to move all peasants close to the Marksmen in order to get Precise Shot. If the Peasants don’t have anything better to do, don’t forget to press “wait” instead of “defense”. 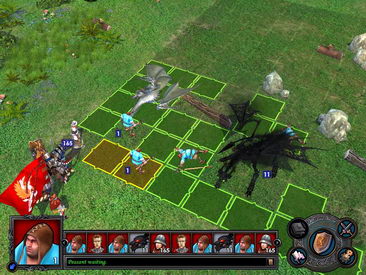 8. Sounds of victory, smell of gold and much, much more... 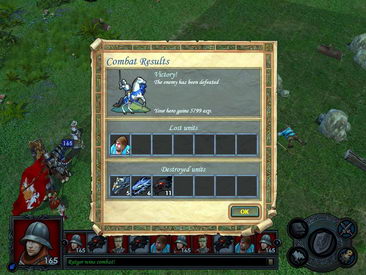