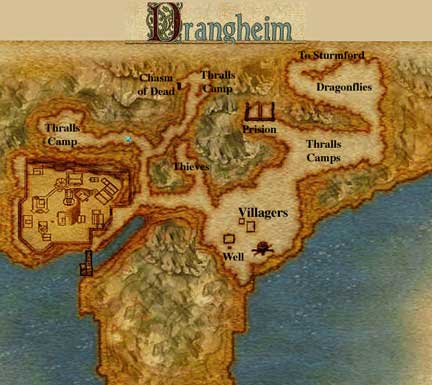 Drangheim is the twin of Sturmford. The same skills trainers, two more promotion masters, and three significant quests. You don't want to even think about taking on the Chasm of the Dead for a while. The first half is fine --- but then you meet a pack of apparitions! The other two quests -- prison and thieves -- can be attacked early in the game.