Might and Magic 6, 7, 8 merge based...
32 minutes ago by joanthedark (5523 replies)
in Might and Magic
Another option is to add explanation message when the character gets damage. Like "Perception is...

Tribes of the East → To Honor our Fathers → Mother Earth's Wisdom 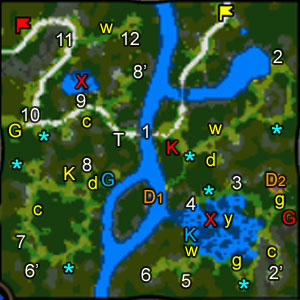