Hey Pol maybe we could make a poll?

With all themes, like this we would know which is the most popular among CHers, and it will force them to log in to vote!

And NO influencing voters! But in reality RoundTable is the best one.

Pol wrote:I will give it a thought, for Community that would be nifty. Latest topics are already in left column down and in that size they cannot be positioned anywhere in the header.

Can't miss the forum link there.
Disclaimer: May contain sarcasm!
I have never faked a sarcasm in my entire life. - ???
"With ABC deleting dynamite gags from cartoons, do you find that your children are using explosives less frequently?" — Mark LoPresti

ThunderTitan wrote:Holy f*ck, it's been over 10 years since DL got banned?

Was DL Damien Lucifer? It's been mostly ten years since I was active here

Welcome back, gravyluvr. ^_^
"There’s nothing to fear but fear itself and maybe some mild to moderate jellification of bones." Cave Johnson, Portal 2.

ThunderTitan wrote:It's been mostly ten years since I was active here

I for one assumed all that gravy finally got to your heart...
Disclaimer: May contain sarcasm!

The “story” of Iceland and Greenland - alias 'narrative transport'
That's interesting reading, with not a less interesting comments below the Greenland origins.

Ah, taking care of my teeth now. Neglect during infancy and younger years reflecting these days. Having to pull this and that out, some stiches, bleeding, ice cream. A few years until it's completely renewed.

Festival, you mean Rock in Rio? Or Carnival? Back in June, there was a decision that due the cut (in half) of money provided for those Samba Schools, there would be no Carnival in 2018. However, a month later, it looked like they found sponsorship and it was announced the order in which those schools would be presenting themselves in the Carnival.

Thereon in, there was nothing said that it would be again cancelled. Sometimes, some cities around the country cancel Carnival to cut costs and redirect them to Health, Education etc., which is, by far, much more useful.
"There’s nothing to fear but fear itself and maybe some mild to moderate jellification of bones." Cave Johnson, Portal 2.

Carnival, was watching it like a kid, then our TV stopped to paying for the rights. Thanks for the good news!

Well, sometimes they do bring some interesting concepts and history in those songs and presentation. I'm rather curious at how you guy watch these things, if they label, subtitles or simply air it as the original. I used to watch those more, generally fond of the School named Portela. I think it won the last years's Rio competition. You know, there are these great parades in São Paulo and even here, where I live, in Florianópolis. I mean, like Rio's. Other cities in the country make different arrangements. At the extreme North, there are some other kind of shows too, more akin to local folklore. Nearby cities from around here at South make something they call Bloco dos Sujos, where man clothes like a woman, generally a very ugly kind of arrangement and goes having fun in the street with friends and family. Visually, it's very similar to a Gay Parade. "Bloco" is like a large group of people. There are other groups with other names. In the Northeast of the country, there are some very popular and known blocos, like "Galo da Madrugada", but up there, they don't dress like women, but they have a completely different sort of Carnival. The mess is similar, of course, but they go on about all streets of those cities, playing songs that are not the usual samba, but something called frevo.

Of course, lots of eye candy as well. 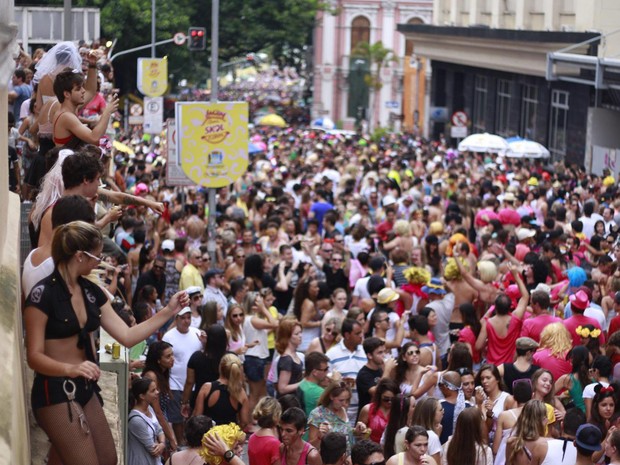 The Sambódromo, in Florianópolis 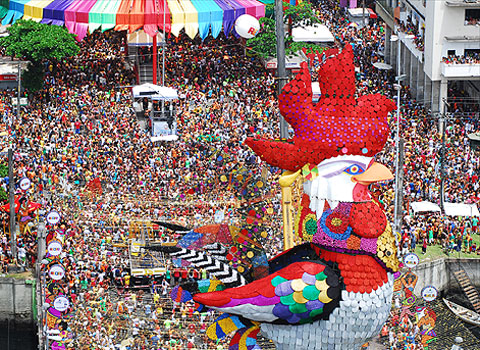 The Bumbódromo, in Parintins (North) – this one is cool because it's an arena, and not a 'road', so they go around presenting the show in a huge arena. 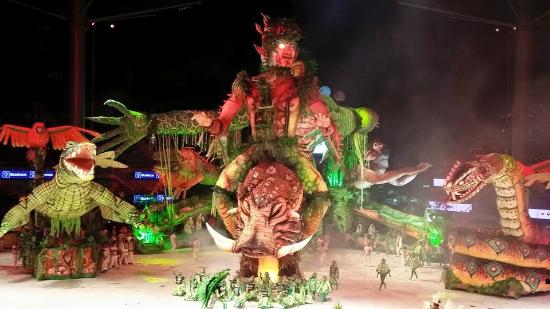 The Sambódromo, in São Paulo (Southeast) – Rio is also in the Southeast.

There, a glimpse of some parties at some distant places around here.

They were originals and it's more than decade ago. At that times our television experimented with foreign channel and added one to their multiplex. So it was completely reserved for foreign events. Like many good things, this one is no more.

It's even problem to watch it on youtube. As 'americans' TVs tend to screw it, tourists have no good cameras/sounds and official records are usually not uploaded. Still there are one or two per year which capture the spirit and camera quality. Albeit short. But it's just for watching, from the point of dancing, that's kinda pointless.
"We made it!"
The Archives | Collection of H3&WoG files | Older albeit still useful | CH Downloads
PC Specs: A10-7850K, FM2A88X+K, 16GB-1600, SSD-MLC-G3, 1TB-HDD-G3, MAYA44, SP10 500W Be Quiet
Top

Well, this LINK takes you to the Globo channel, who have the rights for Carnival in Rio, to air those shows. You can actually watch them there. I can't say if it's region locked, but here it plays normally. And it's the original, in Portuguese. You can watch the whole show of the winning schools of Rio and São Paulo: Portela (ahem ), Mangueira, Mocidade, Unidos do Viradouro, Império da Tijuca, Gaviões da Fiel (it belongs to the Corinthians football team), Unidos de Vila Maria, Acadêmicos de Tatuapé e Tom Maior. Each one with +- 1h.

Thanks thousand times Panda! Bookmarked and if God give, I will remember that forever.