I have no idea about M&M coordinates tbh. Anything's fine as far as I'm concerned, I gave these quests/items to community here to use them/modify them/ignore them as they see fit

I have no idea about M&M coordinates tbh. Anything's fine as far as I'm concerned, I gave these quests/items to community here to use them/modify them/ignore them as they see fit

I barely have time anymore to drop by...

Oh, I was addressing community with that question, perhaps should made it quote without specifying user.
Meanwhile, some progress (these quests were pushed in Revamp): 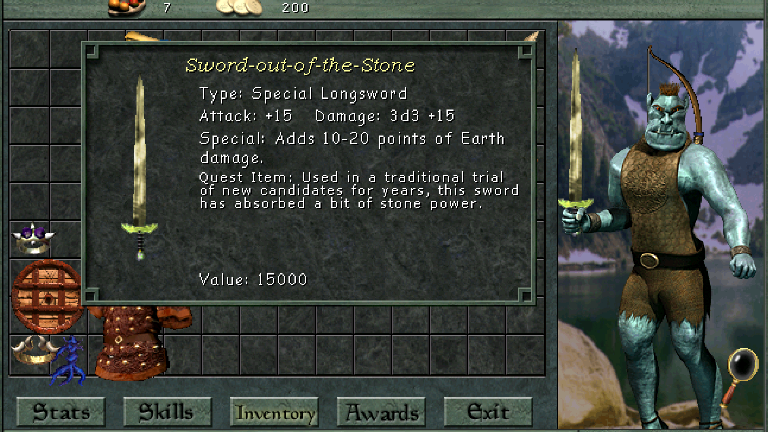 Garret Deverro was chosen as the quest giver. He's now in Avalon's house while not substituting Sir Charles Quixote. (I always hate that behaviour of characters coming out of nowhere and going back there some time later.) 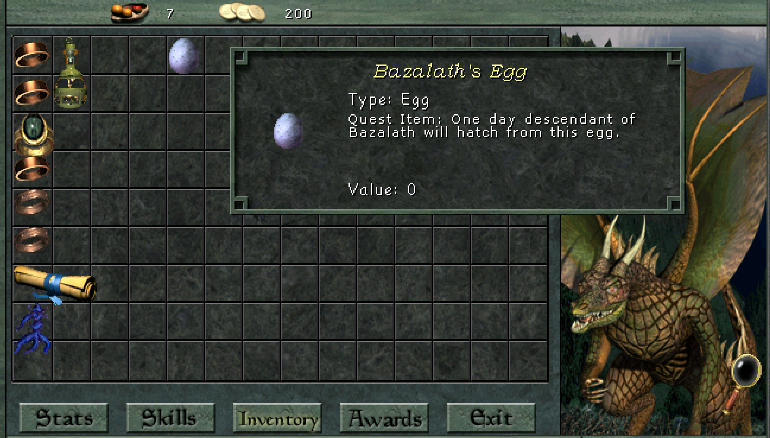 Bazalath was chosen as the quest giver. (Dragon Cave's houses are quite populated already, so I decided not to add new citizen. Previously Bazalath disappears when alliance with Dragon Hunters was made, I've [changed it since I've] seen no reason for this [probably we have a part of non-written quest here].)
This also means Dragons don't have access to Flight (Dragon Ability Master) from the start of the game and should be promoted first.
Merge Comm branch latest version
Latest Fixes for Base Merge
Bug Tracker
Top

Hello nice people.
I'm currently modeling dungeons with blender, i suucededly imported one in the Merged Might and Magic and apparently it seems pretty easy. I used to have broader projects but i guess that to start i can try something for this purpose. Currently i made a part of a dungeon without setting the textures or scripts (since the whole coding area doesn't suit me), if anyone is interested in discussing about this it would be a pleasure for me, i'd love to get involved in some actual modding. Let me know!
Top
Post Reply
23 posts