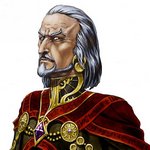 You will find in the Walkthrough section an article for the first scenario of the Necropolis campaign, The Temptation. Our new writer Rapier provides tips for Markal's skills and guides you through the whole scenario. He also includes advices for the Heroic difficulty setting, something we plan to add to all other Heroes V walkthroughs as time goes by.Before going into the details of the first map I'll discuss useful skills to take.


Markal starts with necromancy and leadership + diplomacy. His speciality is that neutral undead will always offer to join him. Since all undead units actually have a constant 0 morale and will join Markal no matter what, this skill line isn't particularly useful, unless you are going to use living units from other races. If you want to convert units from other races to undead, you can go for Herald of Death, but you can do it in Necro towns as well. Anyways, make diplomacy a low priority on your list (as you will have tons of undeads joining you for free!).


As for spell schools Markal starts with raise dead, and you get access to at least 1 town you can build up in every level so any spell school you choose will probably be of use. I took Dark magic and had all the dark magic spells except blind by the end of level 3. By the same token if you want to take ballistics you'll have access to a blacksmith in the last 4 levels of the campaign.


It isn't worth going for Howl of Terror because you will waste a lot of points on useless skills, and you're unlikely to reach level 30 over the course of the campaign. Even if you do get this ultimate skill to fight the final boss, it won't really give him bad morales as he probably will come with Expert Leadership. Playing a spell caster probably is the way to go with Markal as your spell power stat is going to outstrip all the others by a fair margin by the time you're on level 5. Attack is very useful for Markal, too, because it comes with the feat Battle Frenzy to boost your skeleton archers' power by 67%, plus archery to give you another 20%.


For the heroic difficulty, since patch 1.2 the final boss of this campaign has been boosted up quite a bit. So you probably want to pick Dark (be sure to get Mark of Necromancer later), Summoning (for Phoenix) and Sorcery to maximize Markal's effectiveness.


Patch 1.3 toned down Raise Dead by increasing its mana requirement by 50%, and each successive cast will lower your raised stack's maximum HP by 20%, all the way down to 1 after 5 casts. So you have to play smarter now.


Spoiler: view a screenshot of the surface (1.2 MB)

I would choose the breastplate as it allows you to cast raise dead with greater effect (reducing casualties in fights with neutrals). On higher difficulties the extra skeleton archers helps quite much for the first few fights. Only suffering will carry over, however you're very likely to pick it up later on in another mage guild, and you will always have better spells to cast, such as Raise Dead, Phantom Force, and Mass Slow.


At the start of this scenario you should head up and collect the skeleton unit. The Magi Hut is important for telling you where Orange Player's locations and moves are. You should also collect the Liches that are displayed a few days to your east before heading up to avoid Orange. Get the Skeleton Archer feat from Necromancy as soon as possible.


You'll pick up new objectives whenever you get too close to an Orange Hero, which is to escape pursuit. "Too close" is defined by proximity; effectively if the orange player can reach you in a turn, or knows how to get very close to you in a turn it will give you that objective. The detection range is based upon the difficulty that you play the game at, and they can detect more on higher difficulties.


Important: This mission is infamously bugged since the release, and even patch 1.3 has not fixed the problem! The bug involves a stationary eastern patrol, blocking the player's path permanently. Nothing can save the situation so the player has to restart the mission. This bug is triggered by the player loading a save while the patrol is on the eastern path -- doing so will paralyze its patrol function and it won't move forever. Therefore, NEVER load a save during the first two turns of this mission, and whenever the patrol goes east.


The best way to avoid Orange is to take routes that just don't go near them, as they're set to patrol in certain areas until they detect you. If they do detect you, sometimes moving fast even in the path they will take is enough to avoid them catching you. (They pause right when they detect you, and don't act again until the turn after). Neutral stacks will not protect you from them however, and if they catch you, you don't get a fight but lose automatically with a cut scene. Just for your information, every time the patrol is alerted, they start to go back to their default position -- the western patrol goes south, and the eastern patrol goes east (refer to the double-headed white arrows on the minimap.)


Your objective on the above ground map is to avoid the patrols and make it to the subterranean gate in the bottom right. Pick up the Boots of Swift Journey as soon as possible (click on the picture below); it is located at the end of a western branch off the middle road that you come from. On the very north of the map, you can pick up several more liches - very handy in larger battles.

Before reaching the other side of the river, try to visit the Witch Hut on the NW region, and a knowledge +1 stat bonus south of the Witch Hut. The key to shake off the east-side patrol is to stay far away from him. When he reaches the northern part of the map, sprint through his patrol passage at once. Be careful do not let him detect you before he goes far enough, or he will turn back on the next turn.


On the eastern road you can fight several water elementals to upgrade your units at a Hill Fort. Further south you can pick up some vampire lords, which are very useful units as their attack triggers no retaliation, and they recover health (even revives the fallen ones) from dealing damage. Take the detour to visit the watermill and pick up the resources east of it, if you think the patrol isn't on your tail.


After crossing the river, you can visit the stat bonus and pick up one more group of vampire lords. If you are scaring enemies away, don't let them run away as they will feed your skeleton archer pool. The Orange patrol will be activated once you cross the river, so try to be fast here as well. The Orange patrol sometimes roams to the underground portion, but they are not really chasing you down there.


Once underground there are two Purple heroes on side routes to your west, including a dungeon town in the SW if you wish to take it. There are also a few mines around, many of them guarded by black dragons! These are all there just to help you reach the level cap, and perhaps teach you a few extra spells. There are also stat bonuses close to the purple heroes.


What is important is the subterranean entrance in the top right, which takes you up into the Griffon Empire near Vigil. Along the way you can pick up a large stack of skeleton archers, but by this time you should be able to match that number already. After the cut scene you'll face the boss of this mission, which shouldn't be any problem providing you've been collecting neutral undead stacks, and minimizing losses with frequent use of the Raise Dead spell, as well as one-unit stacks to block off incoming creatures (especially effective against large creatures).
Read full article...
I'm on Steam and Xbox Live.
Top

Re: The Necromancer → The Temptation

The Wizards who are supposed to chase you do not move. (This is a known bug; just to confirm.)

So although the setting is Impossible, it is actually ultra easy because you don't get chased at all.
Top
Post Reply
2 posts • Page 1 of 1