Porting a MM6 map over to MM7
Yesterday, 20:51 by Anubis (1 reply)
in Might and Magic
I've been wondering if anyone knows the answer to this.
I've been trying for the past few days to port...

MM7Rev4modR1 Redone
Yesterday, 10:51 by DaveHer (66 replies)
in Might and Magic
there's no way to regulate how much memory is allocated for creatures graphics? I wonder if guys doing...

Welcome to the Necropolis campaign. This faction is special. There are no morale effects, so you cannot boost your own creatures that way, but nor will they be affected negatively. You cannot heal your creatures either, such light spells are just too far away from everything these creatures stand for. There are some spells you can use to buff your creatures, of course, but mostly, this faction's strategy involves weakening the opposition.

As far as creatures go, here's a quick overview: skeletons are absolutely useless at low numbers... but thanks to the necromancy skill you can get lots of them. Ghosts are all right, I guess; their greatest usefulness lies in their ability to fly through obstacles, while the spiders are fast and carry venom. Liches are great shooters, but they're fragile; lamasu have a good crippling effect to their attack but it's not the best of units; vampires are extremely powerful once you get some decent numbers of them, but they require special resources to get hold of and they're very expensive. As for the champion creatures, the grim reapers are great against other champion creatures due to their instant-kill attack, while bone dragons are more for show. 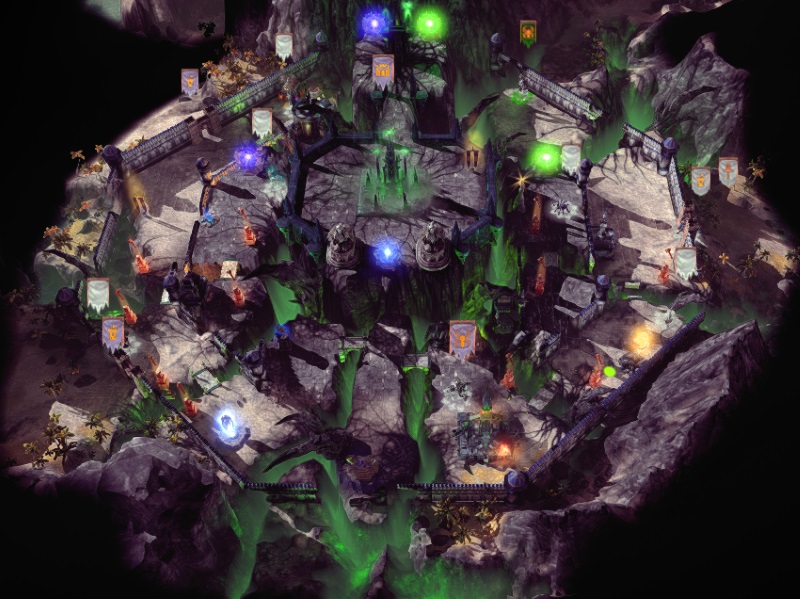 Let's get started. You start out thinking how lucky you are; you have a fully built town, loads of creatures in your army and controlling a level 30 hero. That's just the start, however. This story is about the fall of Al-Betyl, so your job is not to win the upcoming battles, but to delay the enemy as much as possible, so that Anastasya and the other fleeing members of the Spider Cult can escape.

Start off by popping inside the town and buy war machines, creatures etc. Then move north (not through the one-way portal) and interact with the Defence Tower so Anastasya can escape. Below I will deal with the heroes separately, while you must of course make sure they both act each turn.

Anastasya should move to the east, then north and then follow the western path until she meets Adar-Malik. Talk to him and head into the tunnels. Move east across the bridge. Then you can choose which path to follow: the northern path is shorter but has a more difficult fight; the lower path only takes you past some easy-to-fight cabirs, but the route is slightly longer. Since time is of the essence, I chose the top route. The battle wasn't that difficult anyway. Near the harbour are some people you can talk to before getting on the boat. 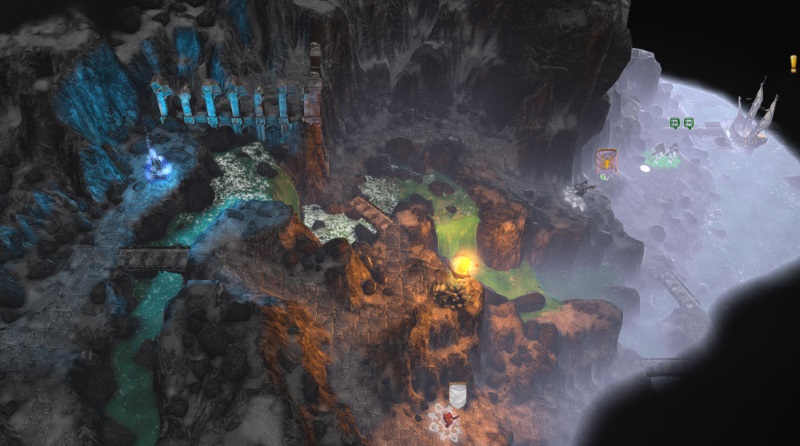 Vein should go through the green two-way portal once he has released Anastasya. Picking up creatures and boosters as you go, destroy bridges behind you. The main army will arrive through the northwestern garrison. The other armes are insignificant and can be fought. Move clockwise until you reach the blue two-way portal, then take it and get back inside the town. You will have noticed that several heroes are beginning to attack the garrisons and rebuild your bridges. Stay ahead of them and get yourself inside the city walls so that the main enemy army can't get to you before Anastasya has reached her excape route in the underground. Since you know that the main army comes through the northwestern gate, you can use this to plan which bridges to destroy. The most important thing is to avoid being caught by the main army before Anastasya have talked to the people at the harbour.

Once Anastasya is on the boat, it's time for the last stand in the city; the battle begins immediately. You will lose this fight no matter what you do, but you can have some fun if you want to. Map completed.