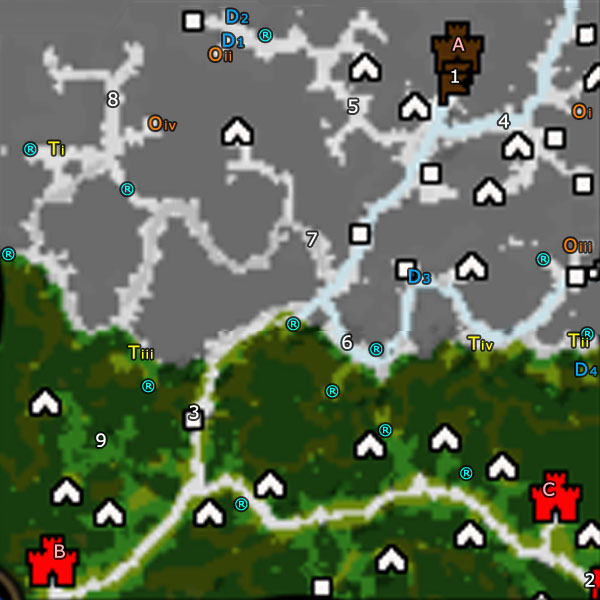 If you think this map looks a little familiar, pretty much it should! This is almost exactly the SAME map used back in Freyda's C1M4 (the Negotiation). However, as a dwarf, you are going to play it backwards - start by exploring the north, and take over the humans - Laszlo to be exact. 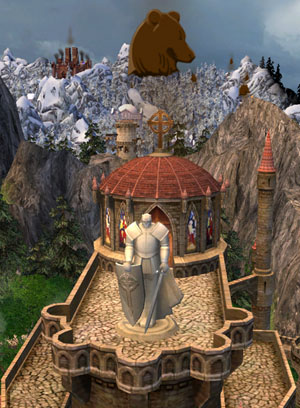 So how hard is Laszlo compared to Andreas and Lorenzo? (You are still going to see them here!) I have heard about people complainig Laszlo to be too hard, but I didn't find him half as challenging as valeria back in mission 3. However, since Laszlo has two towns, and you only own one, given enough time Laszlo will theoretically grow out of your control.

Should you rush him at the beginning to create a 2-to-1 advantage? That will certainly help, but it is not necessary (because most of Laszlo's strength come from his quite-large starting army. You can't take that long exploring the north, too.

Note: I heard that the Red Player, particularly Laszlo, would attack you unexpectedly in the original HoF. It seems that patch 2.1 has eliminated Laszlo's early aggression by confining him to a corner for two weeks.

So... you start by exploring the north. Since this is the same map as C1M4... is there also the entire set (4 pieces) of Dwarven King artifact? Yes! Are there also 15 points of stat bonuses to collect? Yes! Plus, you will be able to dig up the first Tear of Asha in the Hammers of Fate campaign!

On the other hand, some features are gone for good. The one-way portal that Fredya used to escape has broken. The two-way abandoned mine portal is also non-functional now. Also, the eastern stairway leading to a small underground region has been sealed off. You can save your time and not bothering with those. 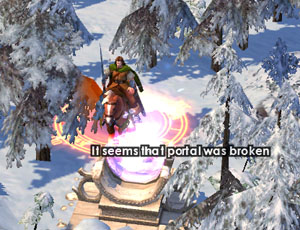 Which starting bonus to pick? There will be lots of good artifacts in this mission, so this Hammer won't be helping much. If you don't have the spell Resurrection yet, it is a really good pick. Otherwise, get the 10K gold bonus as you can always use extra cash.

Both Wulfstan and Duncan start in front of Town A. Eventually, you need to take over Town B (Town C is optional), and defeat Laszlo, who is at (2) on Day 1. Laszlo is temporarily blocked by a HUGE stack of Phoenix, so he can't get anything done yet. In my game Laszlo gains freedom some time in week 3.

In order to reach Town B and Laszlo, you need to break through a neutral garrison (3). The garrison features a wide array of Dungeon units, but they are not nearly as big as what you saw back in the other campaign finales. Actually, this Fortress finale probably features the smallest stack size I have ever seeen in any mission 5 so far... the players should have become more skillful when they are playing the expansion...

Anyways, if you wish to rush through this mission, you can directly take Garrison 3, then Town B, and finish Laszlo as soon as he gets freed from the Pheonixes. 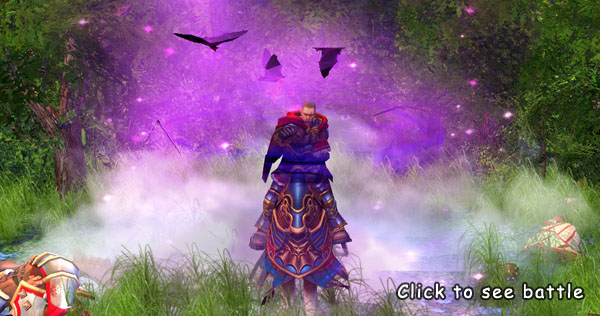 Laszlo is not the talktive kind. In fact, he has exactly 0 lines in this mission named after him. 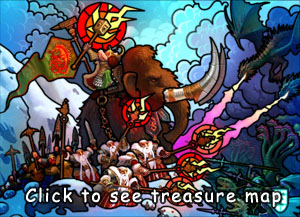 Since both Wulfstan and Duncan should be quite powerful by now, you can split them up to explore the surroundings. The NE branch at (4) contains 3 mines, one Dwarf Warren (random-resource mine), and an Obelisk (orange Oi) that reveals 1/4 of the Tear of Asha map. You can see the other orange letters (Oii-iv) for the location of other three Obelisks. The NW branch at (5) eventually leads you to two pieces of Dwarven King artifacts (blue D1 and D2) and another Obelisk (Oii).

You might know where to look for the Tear by just seeing 1/4 of the map. I have made your life easier here by marking all of the four possible treasure locations with Ti, Tii, Tiii and Tiv. You can click on the picture for the actual landscape view.

As soon as you figure out where to dig for the Tear, quickly send over somebody to dig it up. Ship it back as soon as you can (or just cast Town Portal) and build the special Forge structure, so you can get 5000 extra gold per turn. This is a huge bonus , and your one town actually out-produces Laszlo's two towns! 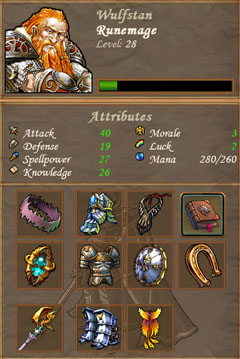 In the meantime, you can keep on exploring. The SE branch at (6) contains many stat points, and two more Dwarven King artifacts (D3, D4). Don't miss out the library guarded by the familiar Phoenix stack (no insane Godzilla this time!).

Finally, go down the NW route (7) and make a round trip. In the far north (8) you can pick up more high-quality artifacts if you can defeat the powerful guards (shouldn't be a problem for you at this point).

Whenever you are done with the north (took me about 1 month), gather all armies you have in Town A, and march south. Run over the garrison at (3), and look for Laszlo. In my game, Laszlo hides in Town C. You can take Town B first and then Laszlo, or the other way around.

At this point, your Wulfstan build should have matured, and the dwarf must have become be a walking museum of artifacts as well! (There is an Artifact Wagon just before Garrison (3), in case you have spaces to fill.) Although Laszlo's army is also significant (for a mission 5 boss he is still Size S, though), your town should have developed to full, and it is likely that your army is even bigger than Laszlo's. This fight is a one-sided slaughter!

When Laszlo is gone, you are presented cutscenes that you probably have little clue about. Somebody was using an anti-Word of Light artifact, but he was apparantly immune to Implosion and Meteor Shower coming from nowhere. And Word of Light hurt him eventually... Hm... Anyways, you'll probably remember the familiar "NOOOOOOO!" part. After taking down both Town B and Laszlo, you finish this campaign!

In the memory of a legendary hero:

Godric will be remembered as "the most-leveled hero", and "the hardest custom-made campaign boss" ever! Here is a screenshot of my end-game Godric in the original game.