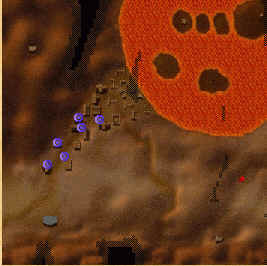 Ironsand has no shops or trainers, and does not have a central fountain (so you can't get here with a Town Portal spell.) But, it does have arguably the most important teacher in the game (master Water – giving you access to the Town Portal spell.). It also, with a bit of a trick, gives you another dragon for your party. The safest way to get here early in the game is NE out of Alvar. The bad news is that forces you to fight through a lot of wasps. The good news is that avoids Shadowspire, which is way over your head for a while!