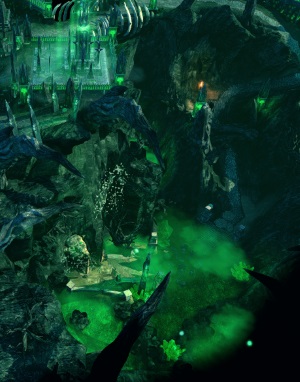 Yes, map five. Surprised? There are indeed five of them in this campaign, unlike the others. So, you're back in Nar-Heresh with Zenda and Charna.

There are three missions and they are fairly straight-forward:

You should focus on visiting the eight places; the reward includes over a hundred vampires. Killing things is just something that happens on the way, and every time you kill a stack of creatures, it will count towards your quoate of 4000. Weirdly, creatures that are already dead, like skeletons, also count to the total.

Start building your town (even though you may already have built this town fully in map #1 but whatthehey) and sending your heroes out to explare and flag mines. Set Charna as governor of the town to get extra bonuses. Focus on getting mage guilds and dwellings up and running.

There's an artefact to the east, increasing your necromancy skill. Necromancy is important – with all those fights waiting for you, you can get lots and lots of skeletons. The Gold Mine to the west is, of course, also quite important. After claiming that, you should head north and find the first quest object (marked with an exclamation mark) as well as clearing out the area. If you're wondering where to find these dark obelisks, look at the minimap or simply follow the ravines out from the Well of Souls; notice how these light up when you activate an obelisk.

West of your town is a fort and an Ore Pit. Keep moving through the southern bend, then east until you reach an Observatory, then keep going and head south. There is a great structure down there; a Cartographer, which reveals the whole map for you. Once you do that, you can see Ludmilla to the east with a Necropolis town. That's your first objective now; the yellow player can wait.

White player has two Academy towns; one to the west and one to the east. Once you move east and take that town, you can soon move north to take Ludmilla. If you're running out of troops, call in reinforcements with the «instant reinforcements» spell – especially useful when you're standing next to a mana booster. Also, keep an eye on the yellow heroes in case they invade your territory from the north; be ready to jump home if needed. Anway, take the southeastern town, flag the mines around it and then move north to «talk» to Ludmilla. Have Charna do the meeting. Take Ludmilla's town, then move to the nort of it to visit another obelisk. 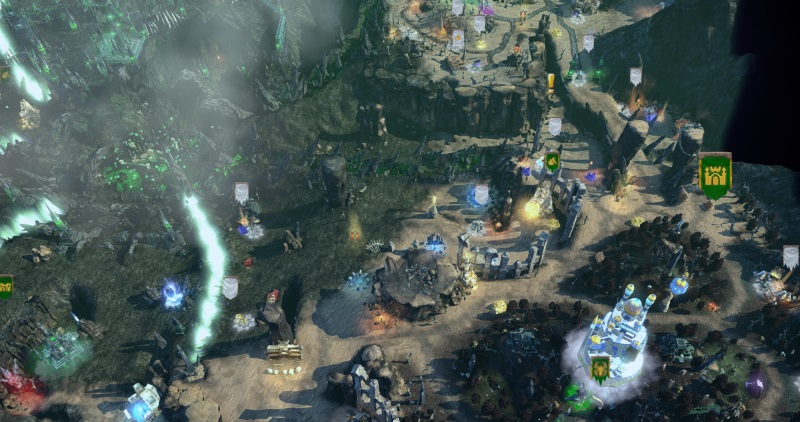 When you feel ready, move north from your starting town and take the Haven town of Desquite, giving you control of the area and more resources to play with. You don't really need it, but why not. Take the fort to the east of it as well, then move south to find another obelisk. Keep visiting them until you have them all. Once you do, everything lights up and you should return to base. 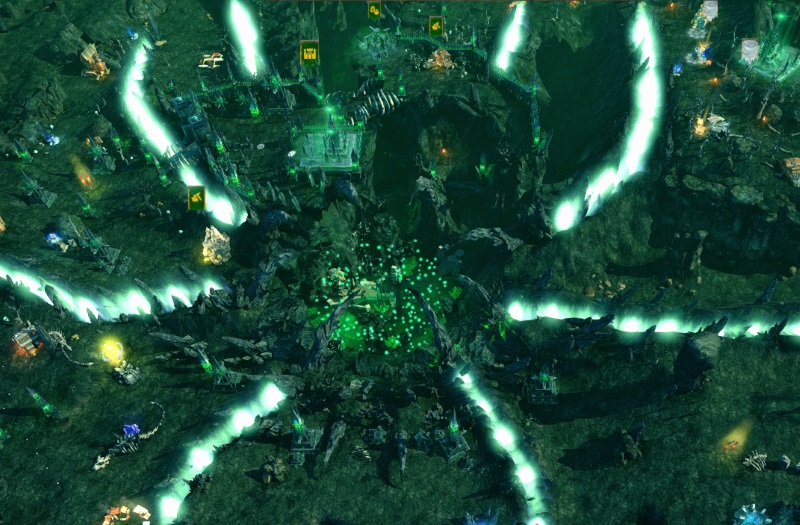 You can keep fighting neutrals (with necromancy, your army will probably grow from it) and flagging mines too, but if you have killed the 4000 creatures you need, you can also go straight for the quests and focus on getting all the obelisks. Once you have visited them all, you should return to the Well of Souls with the Deadwood Staff. Once there, the map is completed.

And that is the end of the Necropolis campaign.