Favourite/Least favourite...
40 minutes ago by eighteafive (77 replies)
in Might and Magic
First post here (cannot believe it took me this long to discover this wonderful forum). I hope it isn't...

Might & Magic: Heroes VII → Haven → The Blessings of Freedom

This map is about defending the city of Hammer Fall from the imperial troops attacking you. The young Wolf defies his orders from the empire and stands up for honour instead - decipher the hidden message if you can.

You have three heroes: Tomas, Ymoril and Konrad. The latter will cover the retreat from an invading imperial army while Tomas and Ymoril escape and destroy bridges behind them. Konrad has an army of 100 swordmasters, which make mincemeat of any small armies. Use it to attack the oncoming forces and give the other two as much time to escape as possible; Konrad's defeat is eventually unavoidable as the armies will keep coming every turn, and get stronger and stronger while Konrad gets weaker.

In the mean time, run away with the other two, clearing roads in front of you and destroying bridges behind by activating the red stone pillars. Just make sure you get to the other side of the bridge before destroying them... Also, remember to build your towns. You have three. You should also grab what resources you can on the way while solving the quests simultaneously.

Visit the town to the north (New Market) and recruit more creatures, then repair the bridge to the east to get to Hammer Fall. Before you cross the bridge, though, visit the obelisk. It's the first of three. See what I mean about buildings that look like decoration? Attack any armies blocking your way and interact with the catapult to block a road. Keep visiting catapults to destroy roads around the map, slowing your enemy's advance. Once the correct bridges are out, their movements seem to slow a lot. Keep open a path between your three cities so you can send caravans. 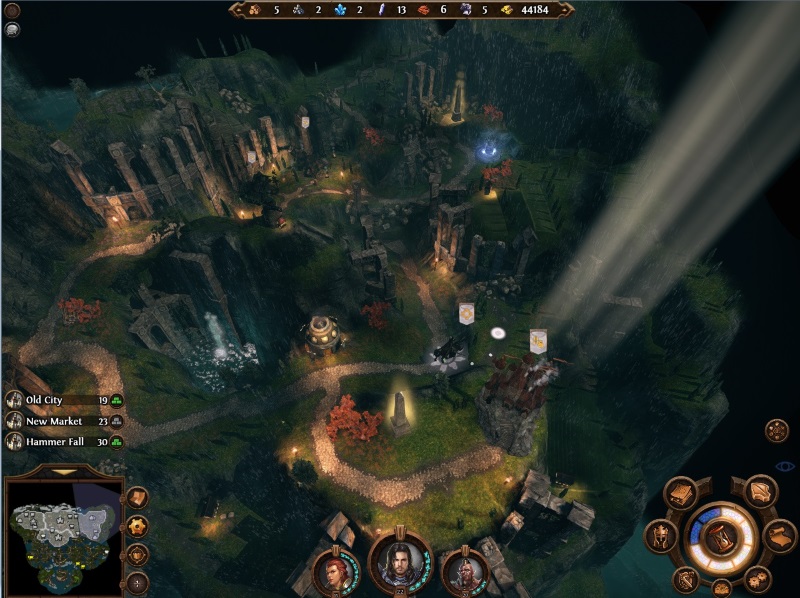 To the north east is a path where the orc refugees can set up camp. Once Tomas gets there, the orc leader Bilashi joins with his small orc contingent. Continue on to find the second obelisk. Southeast of Hammer Fall is a group of swordmasters who join you for free. Take 'em. Those guys kick so much butt. Visit the third obelisk next to their dwelling. Once you have visited all three, look at the map and find the treasure. For me, it was just north of the swordmaster dwelling. Once you're sure your in the right spot (or 1 tile from it), find the «dig» spell in your spellbook.

A short cutscene tells you where to go next. Using the Tear of Asha and the Shantiri key, your little helper sets up a force field around Hammer Fall – totally ripping off Harry Potter and Alpha Centauri. It blocks your path, so you have to leave through the portal that just appeared. Stock up on creatures in the town first, leave one slot open for the volunteering titans and then go through. Bring with you the troops that offer to go with you and you'll have a chance against your enemy's main army. When I went in, I lost about 440 of them and all the rest of my army, but you can do better if you focus. Be prepared to lose a lot, though; you're up against 200 seraphs, 500 marksmen and a lot more besides. Your titans should be boosted with luck and haste, and try to focus your attention on those seraphs. 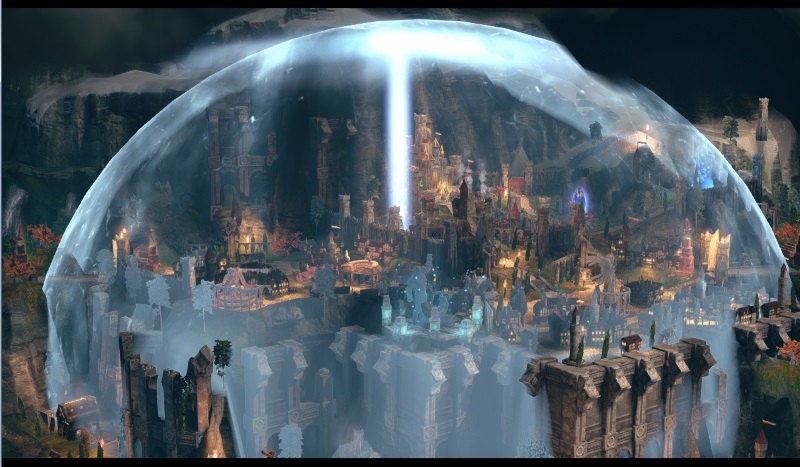 Having won against the three enemy heroes, the map is completed.

Favourite/Least favourite...
40 minutes ago by eighteafive (77 replies)
in Might and Magic
First post here (cannot believe it took me this long to discover this wonderful forum). I hope it isn't...