Published by MicroProse, Developed by SimTex, Released 1994 for DOS and Windows 95

The plot of Master of Magic is to become the dominant wizard on two 'planes' of existence, the normal Earth-like one and the fantasy based plane "Myrror". You can do this by destroying your competing wizards (up to 4 computer players) or by casting the Spell of Mastery.
~description courtesy of mobygames.com

This is quite famous 2D turn-based strategy. Being cult on its own and completely unrelated to Might and Magic. Though with some similar goals and different approach.

For the game itself exists several attempts to get it to a new engine, mostly based on javascript. The most used is momime, which is free - if you own the original game. 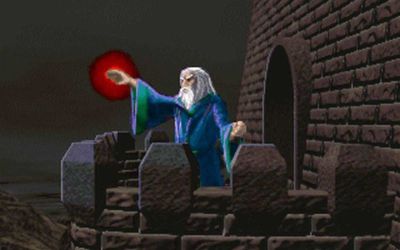 Meanwhile we need to note, that there exists also Caster of Might and Magic, which is modernised mod of the original game, with some new spells.

And apart that, there is more games which claimed to be a successor but without original license. Master of Elemets of Fallen Enchantres comes to mind as a first.