Heroes of Might & Magic 2 Civilization...
Today, 08:28 by Blake (18 replies)
in Modcrafting Guild
Hey guys,
Time for another update.. a way overdue one! Firstly I must be honest and say that not a huge...

And now for something slightly different. For the past several weeks, the news we have had to report have been all about Heroes VII. Now, though, we present something a bit more general, and you certainly won't find it anwhere else. 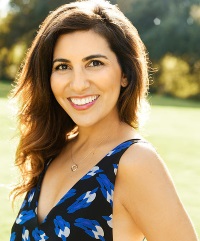 We're big fans of the music in the Heroes games, mostly because it's great music, but also because it never disappoints. A game could turn out to be mediocre or even worse, but the music of Rob King and Paul Romero is always a highlight. Well-composed and well-suited to the various scenes, the music lifts the gaming experience and adds a certain degree of class.

Even more so because of the vocals of Karin Mushegain.

We sent her a batch of questions a while ago and hoped she could find time in her busy schedule to talk to her gaming fans. Without further ado, then, have a read.

This splendid mezzo-soprano usually makes her living in grand opera houses, but once in a while, she lends her talent to our dynamic duo King and Romero, and gives their Heroes music that extra bit of class that you just can't get with a synth or an autotuned pop-artist.

1. For our new readers, can you tell us a bit about how you were recruited in to work with "Heroes" games?

About 20 years ago, composer Paul Romero and I met through my aunt and uncle, who had asked us both to perform at their anniversary party. It wasn't long after this introduction, that Paul invited me to sing on the Heroes soundtrack. I think I was 16 or 17 years old.

2. It has been a while since last time - what made you come back and do some more, with Heroes VII?

Anytime Paul and Rob asked me to sing on a project, I'm there! I love working with them. And I'm always excited to see what new and interesting music they've created for me.

3. As far as we can determine, the "Heroes" games were the very first PC games using opera music. When you worked on your very first projects with Rob and Paul, were you aware that this was something out of the ordinary? Was it very different from other studio jobs?

Heroes is the first and only video game I've ever sung on, so I had no idea how unique it was for there to be opera in a video game...but I assumed it was pretty rare!

4. Of all the music you've done for the "Heroes" games, do you have any favourites?

I think the new Heroes VII is by far my favorite!!! Paul and Rob hit it out of the park with this soundtrack! "Hope for Green Falls" is one of the most beautiful pieces Paul has composed, in my opinion of course!

5. What do you enjoy more: studio work or the stage? What would you say are the major differences between the two? How does the workload compare?

Stage and studio work could not be more different! Performing on stage is 99% of what I do, and I love the "live" aspect of it. Performing in the moment, a beautiful ebb and flow of sharing your energy with the audience and in turn, receiving it from them...that doesn't happen in the studio. You can't take back mistakes, you can't stop and start, you can't worry about it being perfect...and I love that. I'll prepare for months for a live performance, but Paul literally hands me the music when I walk into the studio to record it. He teaches me the piece really quickly. I ask what mood they want for the piece, and then I adjust my tone accordingly.
I think that's a perk of being a professional, trained singer...I have so much versatility with my sound. It doesn't all just sound like an "opera singer" or a "pop singer." I adjust for the mood of the piece. You don't get to do this kind of playing and exploring in live opera...so that's a studio perk! And since we're all such pros, and they don't have to auto-tune or adjust my sound, it only took us a few hours to record the three tracks I perform on. I'll rehearse 3-4 weeks for an opera before we ever have an audience...so you can see the time commitment difference there!

6. Who has influenced you as a singer?

This is a question that I'm always asked, and I feel I never know how to answer. I have singers who I love, and singers who I admire, but there was never one person whom I was like..."yes, that's who I want to be like!" and I guess that's a good thing! I love the uniqueness and style of Elle Fitzgerald. I am in awe of the pure natural talent that Whitney Houston possessed...probably one of the best pop singers the world will ever know. I am overwhelmed by the beauty of Pavarotti's voice. It literally takes me breath away and stops me in my tracks. But I think my fellow colleagues influence me most as singers...I can see their technique and musicality up close, and there is no better way to learn, than by watching your peers do what they do best right beside you.

7. We've seen extracts (videos) of your work with the Rob/Paul duo in the studio, of course. Do you bring ideas to the table about what kind of music to use in the games, or is that more their kind of thing? How do you contribute to the creative process?

Paul writes the music, Rob creates the music, and I bring my part to life. But I don't just get the music and sing it. We explore the music together. I play with different sounds and tones and moods. I suggest vocal ideas, but I never alter what Paul has written...at least, not on purpose! It's definitely collaborative. We've improvised in the past...they wanted a certain ethereal, middle-eastern sound as background noise in one of the scenes. So I just played around with some Armenian vocalizes. It's always fun creating with these guys!

8. You'll be available for "Heroes VIII" when announced in the future? Yes? Yes? Of course yes, don't be silly. Yes?
Seriously, though: the fans of the series are very passionate about the music in the "Heroes" game series, effectively insisting that without Rob & Paul, it "wouldn't be a proper "Heroes" game". The opera sounds you bring in are also seen as an important part of that; it has become an integral part of the series. How does it make you feel that you have fans not just in opera circles, but also among the geeks and kids playing games?

I love my Heroes fans! Especially when my opera colleagues find out I sing on the games, and they've been playing them their whole lives...that's so fun! I often get sweet emails from fans sharing their love and appreciation of the music; I love this!

9. The recordings for "Heroes VII" are done, I take it. What sort of projects are you working on now? You're mostly doing operas, I believe; are you doing any studio projects, like making a music album?

I'm off to the Philippines in about two weeks to sing the title role in Rossini's La Cenerentola. This is one of the roles I sing the most, and I absolutely adore this opera. I've never been to the Philippines, so I'm a bit nervous! But I'll be performing with a dear friend who is from Manila, so that'll make things easier. And no plans to be in the studio right now, but I do love it, so I hope I find myself there again in the not too distant future.

A big thanks to Karin for her time - we wish you all good things for the future.

You can follow Karin Mushegain and read more about her bio on karinmushegain.com.