We were curious about Creature Quest game and together with your questions sent them to Creature Quest Team and now we are proud to present them to you. From the seat on the other place is answering Jon Van Caneghem. Thank you Jon! 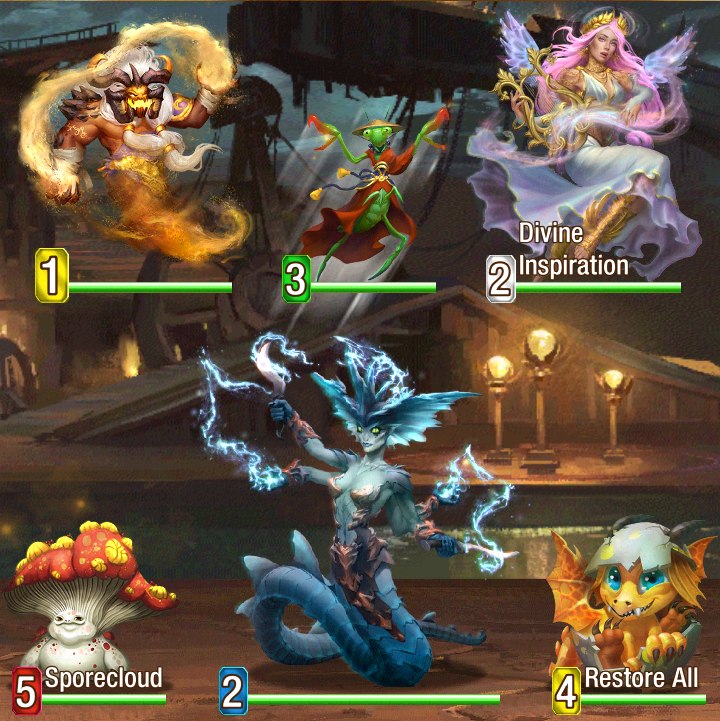 1. How many creatures were in the game, at the time of worldwide release? How many are available now? Did you set any hard limit, which no matter what will happen in the future, is your acceptable top?

2. In which countries do you see that Creature Quest is being the most popular? Can you share some top five, where is the strongest player base?

"The strongest playerbase is currently in the U.S., but we have amazing players from countries across the world.  Our strongest regions are the U.S., Germany, and Russia at the moment."

3. What about Marmelade engine, were you forced to creatively overcome some unexpected obstacles?

"No matter what engine or technology you use (or even build!) you will always have to overcome unexpected obstacles.  That’s just part of the job."

CH note: Marmelade engine is quite famous, for example Angry Birds POP and SimCity BuilldIt games were done  with it, it's fully designed as cross platform. However now it's coming to its last year of existence, the support will cease on Mar 31, 2018. But that would be another story in our story.

4. What about a PC version?

"We don’t currently have plans for a PC build.  I’m not ruling it out from ever happening, but it’s not currently planned."

CH note: You can emulate the game under Windows with use of MEMU, see more here.

5. The effects are really beautifully done, hats off! How long it took to fully animate one unit? Approximately how much did you spend on them in total?

"The time depends on the size and complexity of the unit.  I’m not sure what the total time is, but we had a person working almost exclusively on them for quite a while."

6. On what visuals you are the most proud?

"We love all the visuals, but we’re especially pleased with how the Creatures turned out."

7. Is there any Easter Egg hidden in the game?

"That depends on what you call an Easter Egg.  We have plenty of puns and pop-culture references."

CH Note: A locked in-game joke/funny feature, usually not presented in today's mobile gaming world. For once I would like if someone break that rule.

8. Are you tinkering with the idea of negative healing?

"What is ‘negative healing’?  I’d call that ‘damage’ and we have plenty of it!  We also have a fatigue debuff that limits healing done to that Creature."

CH note: To clear that out, it' good to imagine it with a Muse. If she could with her healing spell either heal or kill black creatures, that would be it. As for undefined term, there's also another explanation, and  that's if your normal healing would turned into damaging your own creatues. Sorry Jon, for dragging  that in, without a proper explanation first.

9. That unfortunate Adventurer caught at Gold Tier on level 5, it’s there on purpose? 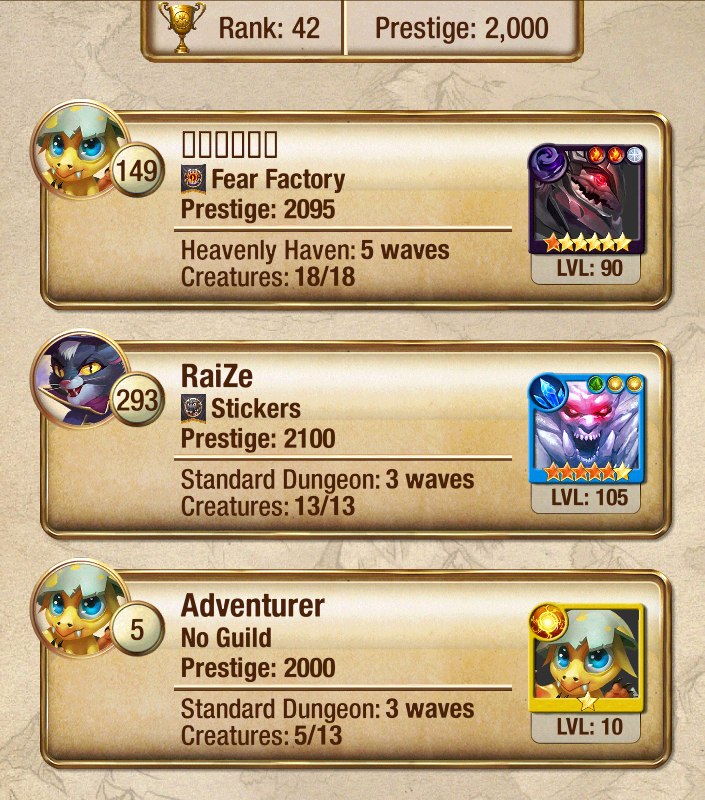 
"The promotion in Challenge Mode is based on a player’s success (or lack thereof) in each week’s bracket.  That player did well in the events he participated in (and a level 5 doing that well in Silver?  Wow!).  If he can’t handle Gold, he’ll be demoted down until he finds a place where he can compete."

10. Can you tell us something about the upcoming Kingdom mode?

"You’ll have the ability to create and place structures on your own Kingdom map, develop resources, and use these to modify your Creatures stats.  Most importantly, the release of Kingdoms is just the beginning—we have a lot features to add to it in future updates."

11. LordGraa: Custom rerolls/combo dots locks - will this feature be implemented so we won`t waste time&orbs on 4dots rerolls?

"This is a feature we want to get to.  I’m not sure which update, specifically, but it’s on the roadmap.  Additionally, we’re hoping to add the ability for a Creature to have a second set of combo dots so you can have the option to more easily use it in different teams."

12. Avonu: Any new maps? I find 2-3 to be still fun after many repeats (winter, scorched and desert ones) but others are boring for me, even with new content (events).

"New Quests are coming in both 1.4 and the update following!"

13. Will we get any more story driven quests with puzzles, perhaps with some nice intro video? Sorry if I'm being spoiled here.

14. Do you have plans for further balancing the dungeons? Right now, the Gold tier is literally spanning across seven heavens. Where players from both borders can met, being at level 100 or 400.

"Some tweaks to tier distribution are happening in 1.4."

15. What will happen after reaching level 500, will we end in some “Hall of Glory”? Does the game have designed some end at all?

"We don’t have a planned, specific ‘end’ to the game.  The experience isn’t designed to be linear."

"I’m not sure what ‘more fairly distributed’ means in this context.  We’ll be adding a Shield mechanic soon after 1.4 to help with some of the last day(s) craziness, though."

17. JVC seeing the game, what about you, what you are passionate to collect?

"I like all the Creatures!  If I had to pick a favorite, it would probably be the dragons."

18. What’s the process of designing summoning boxes and various events? That I’m asking because each box is quite a jewel, overall the graphics are extremely pleasing.

"It’s a collaboration between art and design to come up with the boxes, but at the end of the day the artists do a wonderful job making sure everything looks great."

19. How you are satisfied with your always online concept? What you would improve now?

"We’re satisfied with the always online; almost every competitor in our space functions in exactly the same way.  We’re always looking to improve the experience, and our engineers do a lot of work to make sure that older devices are supported."

20. LordGraa: We are (or at least I am) lacking any guild activities (apart from spamming a guild chat). So a guild dungeon, guild city, guild quests would be a nice addition. If those are planned for the Kingdoms feature, just skip this

"More Guild-centric features are on the roadmap for Kingdoms.  They won’t be there directly in 1.4 (it was quite a job to get the first phase of Kingdoms done!) but it’s an area of the game we really want to expand."

21. AncientDruids: What's the name of the world or realm that quests in Creature Quest take place in? Does it have any mythology or lore?

"We don’t have a name for the overall world; we’ve looked at most of the Quests and independent adventures."

22. AncientDruids: Do you have any plans for expanding the franchise or making more mobile apps?

"We don’t have any specific plans to announce, but we’re always looking at additional opportunities."

Thank you Jon, for taking the time. See you around!

The Q&A was translated to polish by Avonu and you can read it here.