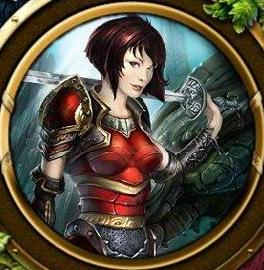 Remember we showed you a POTD of Aurelain's new flash based Hero Screen? Well - it's here!
This tool, much like the earlier work known as the Skill Wheel, gives you the option of playing around *ahem* with your heroes, experimenting with their abilities to find out which way to go. It allows you to build an unrestrained hero, with no regards for available gold, runes or other restrictions. You can also see how your hero's parameters change when increasing the level.
There are 3 versions: a screen for The Legend, one for Armored Princess, and a Russian version.