Talk about the weather
Today, 09:13 by Pol (925 replies)
in Campfire
There was snowing a bit today but still not snow, at least here. Past weekend we were sledging with...

Heroes of Might & Magic 2 Civilization...
Yesterday, 08:28 by Blake (18 replies)
in Modcrafting Guild
Hey guys,
Time for another update.. a way overdue one! Firstly I must be honest and say that not a huge... 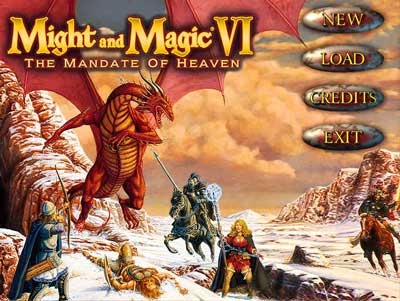 Note: All content from this section, with the exception of the introduction below, originally appeared on Mandate Mania and was reprinted with permission. We wish to thank David Potts and his team of contributors for their outstanding work.

Might and Magic VI is a classic. Perhaps more than any other, certainly more than MM7 and MM8, it is a very non-linear campaign with a lot of flexibility in how you play it. It also seems to have key quests spread over a much wider area leading to a real premium of spells like Town Portal. Indeed, for the first third of the game until you are at a level where you can know the Town Portal spell, one of the two NPCs you will find early on who have that skill are critical.

In the Mandate of Heaven, King Roland has locked himself in his castle, with hordes of demons infesting the land, and a well-hidden traitor thwarting every plan to regain control of the lands. The only hope is that a small band of adventurers from the town of New Scorpigal can accomplish where the great heroes of the land have failed. You must somehow enter The Hive -- a terrible place swarming with demons and worse! -- and kill the Hive Queen in her lair. Only then, can you finally stop the flow of demons into the land.

There are many opportunities to prove your worth -- from rescuing damsels to clearing our bandits and mercenaries. As with all Might and Magic sagas, you face a wide variety of enemies -- harpies, dragons, medusas, Djinns, and a host of others.

Finally, you are ready to earn the favor of the council members to take on the final quest, discover the traitor, then claw your way through a series of impossible quests leading you to the huge Temple of Varn -- a massive, complex pyramid half buried in the desert of Dragonsand. If you survive that, the Hive Queen awaits.