Despite what the programmers at Limbic thought on release day, and in spite of the ridiculously huge day-1-patch, Heroes VII was released with quite a lots of bugs, confirming our earlier statements that beta testing is not as thorough as the testing done by actual consumers. Both the Ubisoft and Steam forums, as well as our own, have been inundated with complaints from disappointed customers. For those of you who are waiting for more stable and polished versions, there is light in the tunnel.

Here's a small and interesting story: New Scientist have a report from an experiment done by Paul Cairns, a professor of human-computer interaction at the University of York. The idea was to see if the placebo effect which has been tested in other areas works the say way in computer gaming.

To test this, his team had several players play Don't Starve and told them that while the first map would be random, the second map would be using an adaptive AI that changed the difficulty level according to the player's skill. The better the player, the harder the map would become, and vice versa. In the survey the players filled out after finishing the game, players revealed the placebo effect. According to the article:

Read on: Placebo Effect in Games

As we wrote in previous news article, we has some progress with AI Enhancement Tool programming. We decided to put the tool to test.

To do that we chose one of the maps selected for World Championship 2016 Heroes 4 online - W16 El Dorado. We let the AI play this map twice for two months. First playthrough was AS IS (AI-1), and second playthrough AI was aided by scripts from AI Enhancement Tool (AI-2). 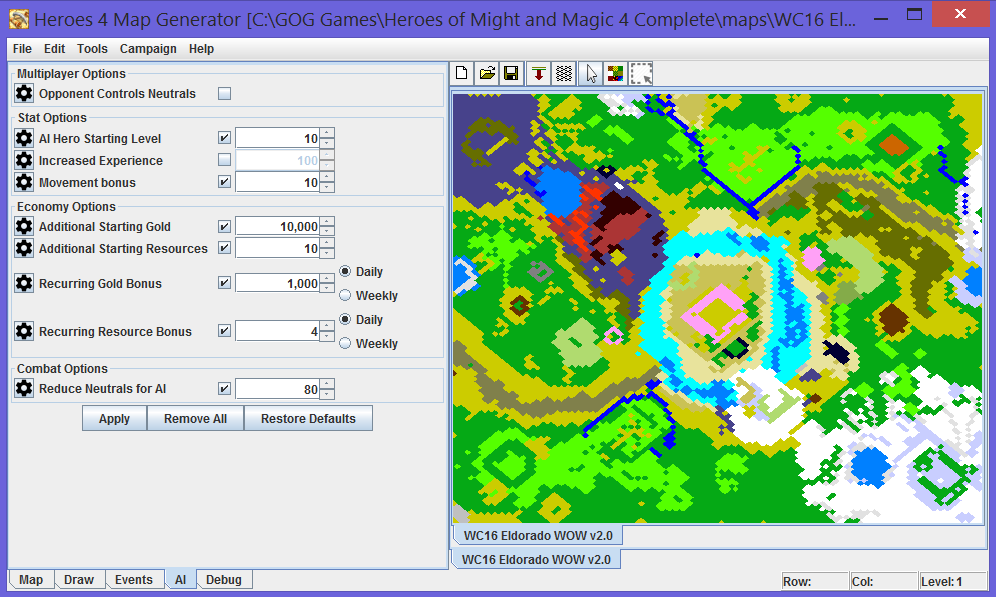 Then we compared the results, and want to share them with you.

Heroes Moving in on China?

There's an interesting announcement on Ubisoft's Chinese channel, talking about a cooperation designed to increase Ubisoft's sphere of influence, increasing their activity in the Chinese market. Granted, my Chinese is about as good as my Klingon, so I had to rely on an online translating tool and things may have gotten lost in translation - still, it seems Ubisoft are looking to spread their market shares in the mobile market by entering into such cooperations.

The international channels are quiet so far, so there is no telling what effect (if any) this will have on the English-speaking part of the franchise.

We have been updated! 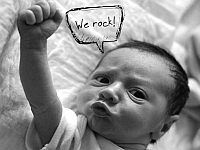 After some "tick tack" with our hoster they updated us today, so you could experienced a small downtime.

Please report any issues, as usually, in our bug thread.

All the base are, basic functionality have been checked and everything seems to work, just faster.

To the top of that the avatar on the main site and some minor login problems were fixed today as well. There were also activated "Active Topics" and when you click on forum category, like here, you will see them too.

You may have noticed we had some troubles the last few days, with our forums going down and accounts being unaccessible. The simple reason for this is: we were hacked. Exploiting a weakness in Joomla after our update, some childish idiots who probably thought deleting forum accounts on a small fan website was really funny, managed to wreak havoc on our little home. It could even be an automated hack, created to exploit the weakness in any website it could find. Thanks to the sterling efforts of our admin Pol, however, we have now been restored to normal function.

As a small editor's note: we admire the efforts of hacking groups like "Anonymous", or hackers who try to discover flaws in software security so that these flaws can be corrected. Such individuals work to protect the safeties and freedoms of ordinary people in the digital world. On the other hand, people who target sites like ours, I mean - what's the point? We're just a small gaming website, not even remotely harmful. Hacking a site like ours is just juvenile. So this is my advice to whoever out there may feel this applies to them: grow up, get a life and leave us alone. 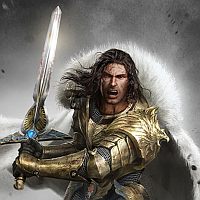 As Heroes VII development is officially ended and Limbic's contract with Ubisoft expired, we ask: what's next? There are also rumours going around that Erwan le Breton's "M&M team" has been disbanded. The way we see it, there are three general options:

Hello everyone! News from iLiVeInAbOx05:

A new H4MG build is ready for download. Go here to get it! If you haven't tried it out yet, read the instructions, otherwise just scroll to the bottom of the page and download it

The AI Enhancing portion of the H4MG has come far enough along that it’s ready to be released. Additional AI enhancing events and features will continue to be developed and released (discussed in this thread.)

Here is a video with a demonstration and info:

Planned features for the AI panel:
- Save / load your AI profile (the settings you prefer for AI enhancements).

This release also includes a feature to copy/paste or move a selected area of a map. Note: move will only work on the same map and level. See the video below for a demonstration/explanation!