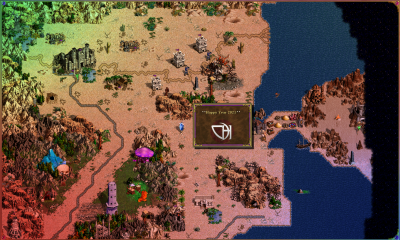 CelestialHeavens wish you happy New Year, crowned with success and health. There's short resume what happend in the land of Might & Magic and related parts:

We hope that 2021 will be fruitfull for all, bringing new ideas and finished products for these who are making games, as well as for these playing and enhancing upon them.

Let your dreams guide you!