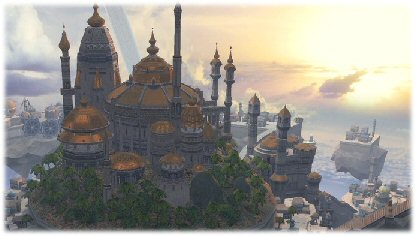 While certain Heroes restrict your skill set layout, there are still some prime skills you want to strive for and some you want to avoid. I'll try to break down the main skills into "the essentials", "nice additions", and "hero killers".

Artificer: This one is automatic. Get this to Expert (or Ultimate if you're lucky) without exception.

Mark of the Wizard: Incredibly useful ability. All Wizards should acquire this ability.

Magic Mirror: Easy to forget you have it, but you're VERY grateful when it triggers. Soldier's Luck increases chances.

Consume Artifact: You'll only want this one if it's required by something else important.

Arcane Omniscience: Unbelievably great skill. Ignore it though, because it restricts your development too much.

Comments: You'll most likely end up with all of these abilities (except for Arcane O.) and they've all got their uses.

Archery: 20% increase to the only town with 3 archers. A no-brainer.

Comments: Great skill overall. Archery & Flaming Arrows are suggested, then it's a toss-up between the other 3 solid abilities.

Light Magic: The perfect compliment to the Academy troops, plus there are very few spell power-dependant spells here.

Refined Mana: Nice for the Archmagi, but to get it you lose 2 of the Mass skills. Avoid.

Comments: Perfect magic skill for the Wizard. The secondary abilities are fairly limiting. Stick to the basics.

Power of Endurance: Odds of getting this normally are VERY high. Avoid.

Comments: This was a toss up between putting this skill here or in the category below. But the basic abilities are too useful to completely ignore. If you're forced to take it, go for the basic 3 abilities. Otherwise, some other choice might prove more useful.

Destructive Magic: With a mediocre spell power, this is a "decent" selection.

Comments: With the automatic usefulness of Sap Magic and Fiery Wrath, I'd suggest going for those 2. With the 3rd choice, wait and see what spells you get in your guild before deciding. They're all useful.

Logistics: Always a useful skill. Speed and movement are usually the biggest keys to success in Heroes.

Navigation: Map dependant. If lots of water with islands...not a poor choice. Otherwise...avoid.

Scouting; Useful, but eliminates the possibility of the combination of the following 3.

Pathfinding: Always useful. But the real key here is that it unlocks the next 2 secondary abilities.

March of the Golems: +2 speed AND initiative. With this you can avoid these perks with Artificer.

Teleport Assault: HUGE asset. Not only grants teleport spell, but teleported troop jumps to the front of the ATB bar. Perfect for blocking ranged attackers/spell casters with golems.

Comments: Always a good choice, and it makes your defensive-minded golems into an offensive force as well.

Soldier's Luck: Helps to trigger Magic Mirror. Otherwise it's of little use to the wizard.

Resourcefulness: With the demands of Artificer, this is a great choice for the Wizard.

Spoils of War: Artificer demands again. And with a main hero, a solid choice. Recommended.

Tears of Asha Vision: Allows room for error when digging for grail. On a main hero...avoid.

War Machines: With the Master Gremlins you'll never be completely without these, so bolstering them is a great idea.

Ballista: With Flaming Arrows from Attack, the ballista becomes a HUGE weapon with 2 shots too.

Catapult: Helps in sieges considerably, otherwise the usefulness is sporadic.

Remote Control: Nice surprise when it happens, you always forget you've got it. Limited usefulness. Avoid.

Tremors: Catapult handles this quite nicely, and the teleport spell helps too. Avoid.

Comments: Surprisingly effective with the Wizard. Highly recommended for the 3 basic abilities. Perfect set for Havez.

Dark Magic: Great spell selection but availability is a roll of the dice.

Master of Curse: Mass Weakness & Mass Suffering. Great combo...if you get the spells.

Comments: If, and this is a very BIG "if", you get the spells this is actually a nice choice. But the odds aren't great. And even if you DO get them...avoid the secondary abilities.

Enlightenment: Overall this is a surprisingly great skill, but the secondary abilities don't mesh well with Wizards.

Intelligence: 50% more mana is just overkill. You'll have more than you need already.

Arcane Intuition: Most spells that you'd want, you'll most likely get due to the library.

Comments: The basic bonuses of Enlightenment are tempting, but the basic & secondary abilities don't help the Wizard at all really. Avoid this one completely.

Leadership: Extra morale is a GREAT bonus, but the abilities....on a main hero....I'll pass.

Diplomacy: Depending on the map, this could be a great ability, but it's too hit-and-miss.

Recruitment: The ultimate garrison hero ability. On a main hero, no thanks.

Estates: Early on, this seems useful. By mid to late game, it's a totally wasted slot.

Artificial Glory: Tempting, but it's not working anyway due to a bug...avoid.

Comments: I completely hate not taking this skill because of how effective morale boosts are, but the abilities totally label this skill "secondary hero skill". Not for a main Wizard.

Sorcery: A magic user who's turn comes around more often. Great, right? Not the best choice for the Wizard though.

Magic Insight: With the library, this is tempting because you'll get an additional spell. But most level 3's require the magic school to be of much use. Tempting though.

Mana Regeneration: Wasted slot for a Wizard. He'll rarely get below half of his mana usage.

Arcane Training: Again, with all that mana, is a spell cost reduction going to help much? Nope.

Counterspell: Marginally useful. If going against a Warlock...not a bad choice. Otherwise, avoid.

Comments: Not an absolutely horrible selection, but there are just so many more useful selections that this one had to go down here. If you're forced to take it, go for Magic Insight, Arcane Training, and Counterspell.

Master of Earthblood: Not horrible, just too random. Avoid.

Master of Life: For Necro it's great, all others...avoid.

Master of Conjuration: Opponent dependant. If facing Inferno, solid choice due to next option.

Banish: If not facing Inferno or a Summoning expert...avoid.

Wall of Fog: -10% damage and initiative of enemy ranged attackers. Great skill, but you're forced to take several things of limited usefulness.

Comments: If you're forced to take it, go for Wall of Fog. Otherwise there are better choices.

Overall, it's pretty hard to make a really BAD Wizard. They tend to be fairly troop-dependent and the skills are just perks for the most part. But with some careful planning you can really make a formidable force to recon with. Just for fun, here's my most popular set-up when playing Academy.

Starts with all 3 war machines and 3 stacks of Gremlins.

The last skill slot is dependant upon the mage guild selection. If it's poor, then it's...

If we've got a nice matching selection, like both ice spells, then it's...

To be totally honest, I happened upon this combination totally by accident. My main hero was killed very early on by some rather ruthless Archdruids, and my current back-up hero was Havez. He's been BY FAR my most successful Wizard to date. The effectiveness of the War Machines is phenomenal. Not only do you get them back at the end of combat if you lose them due to the individual abilities, but with the Master Gremlins the area effect damage spells/attacks aren't quite as effective because you can always bring them back at no cost due to the repair ability. With Fiery Wrath and Cold Steel I was adding nearly 100 extra points of damage with every attack. Nice combination IMO.

Once I have a full army, I like to have my Archmagi in one corner and my Master Gremlins in the other. Steel Golems protect the Gremlins while the Titans protect the Archmagi. Djinns and Rakshasa's I leave in the middle. Gargoyles tend to get thrown in where ever I see fit. :O) Rakshasa's get sent over immediately, as do the Steel Golems. If I have teleport assault, it's used on the Golems to block ranged attackers or spellcasters. The First Aid Tent is used to resurrect the Master Gremlins, while the Master Gremlins resurrect the Steel Golems. Titans and Archmagi fire away at the enemy and cut them to shreds. Resurrection at expert level will help you maintain a full compliment of Rakshasas, while Mass Endurance make it very tough for the enemy to damage your 2 melee attackers. Obviously, these tactics will change depending upon the situation, but you get the idea.

Certain neutral stacks should be approached in certain ways. Especially in the early portions of the game.

Obviously there are many combinations you could play with, but hopefully this is a good starting point or a point of reference for players who are just getting their feet wet with the Academy faction. Until next time, good luck and happy gaming.