"The aim of the project is to release Paul Anthony Romero’s album and scorebook with the Heroes of Might and Magic game series soundtrack, recorded during the composer’s only piano concert in Torun, Poland during the 13th Tofifest International Film Festival on October 24, 2015."

The goal is to release the album both digitally and on CD and vinyl, and they have just under 2 weeks left to raise the $30.000 needed to see the project through.

Here's a demonstration from World of Heroes of a really cool "water feature" in Heroes VII; how to use the editor to create the effect of draining water.

Would you like to contribute to the contents on Celestial Heavens?

This site can only survive if there is enough activity to justify its existence. Right now, that is not the case. For the past year or two, we have had a few eager and hard-working guys who have managed to rebuild the site's framework, but that is all for naught if there is no contents. I have pretty much been doing that solo lately, and that is not a viable solution, for obvious reasons. We are therefore looking for people who wish to create contents so that the fans can find things they need.

What we're looking for is:

Our maps section is still in overhaul mode, so although maps you send in will be received and made ready for publication, they aren't displayed until the work is finished.

If you create some things you wish to share with the world of M&M fans, please get in touch by simply commenting on this topic. 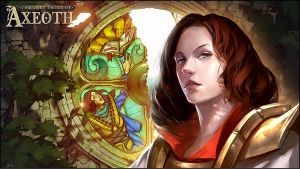 As I came home from work this evening, there was finally some news about the latest developments of Heroes VII:

Firstly, patch 1.7 has been released, the patch notes to which you can read here.

Secondly, the long-awaited campaign The Lost Tales of Axeoth: Unity has also been released, offering players a free boost of 5 new maps written by Terry B. Ray. So it's basically a free DLC. Also in the package are new heroes, artefacts, creatures and adventure buildings.

You can read all about the contents here, or start it up and play why not?

After a year-and-a-half of communication exclusively around the development of Heroes VII, Ubisoft have announced the closure of the Shadow Council, transferring the communication with fans to the official forums.

We here at Celestial Heavens have always encouraged the developers of M&M games to communicate directly with the fans wherever practical, and the Shadow Council was a decent attempt at doing so: it enabled the fans to vote on several aspects of the game development, although the comments section was also marred by spamming and malicious flaming. We believe the official forums will offer little in the way of direct communication, as the traffic load is way too high for the busy game developers to follow directly. They must therefore rely on a team of forum managers/moderators (as the announcement above admits) to relay the relevant info to them. This does introduce go-between and effectively severs the direct link between fans and developers, but also filters out the de-motivating "flaming" comments before they reach the devs.

Another opportunity lies in the use of fan-controlled forums such as ours, where H7 devs are known to pop by from time to time.

The developers have announced the upcoming release of patch 1.7, making several changes to Heroes VII. The changes include the removal of the level cap, a new campaign, balance fixes and some other stuff.

Jon Van Caneghem's new game, Creature Quest, now has its own website and a trailer. Currently available "Down Under", you can sign up to the site to keep tabs on the development and further availability.
Creature Quest is a mobile game designed for iOS, and can be downloaded from iTunes.
Creature Quest is currently available in Australia, New Zealand, Ireland, Netherlands, and Hong Kong. You can subscribe on its page, to let you know when game will be released in another regions.

We're ending the year with a bang! The Celestial Heavens review of Heroes VII is finally complete.

I hope you enjoy it.

The Lost Tales of Axeoth is a set of campaigns for Heroes VII, made by Julien "Marzhin" Pirou and based on earlier (but unused) scripts for Heroes IV created by storyteller Terry B. Ray. Post-poned slightly from the original plan, the first of the two campaigns will be released in February 2016, containing 5 Academy maps and telling the story of Genevieve Seymour. There is a second campaign in the pipeline too, sporting the Stronghold faction.

Weaving stories from the pre-Ubisoft universe into the world of Ashan is something map makers have done in the past, but this is the first time such maps are coming from an official source. Getting these extra maps will no doubt get the fans excited.