The home of Might-aligned troops, who have shunned almost all forms of magic. Stronghold armies are native to the dry and rough terrain, while the neutral Might-aligned creatures belong in the deep oceans of the world. 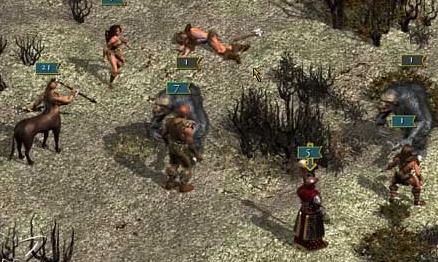