The home of Chaos-aligned troops and magic guilds devoted to Chaos Magic, containing spells that focus on fire, melee combat and direct damage. These chaotic creatures, better known as the skum of the earth, are native to the swamp terrain they have taken as their hideout. 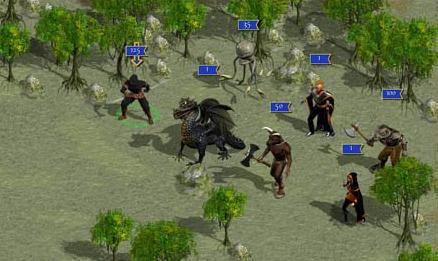