Back in late February, Fabrice Cambounet and Corribus started an email conversation where they discussed how Heroes of Might and Magic V was shaping up. The second part of that discussion kept being delayed as Fabrice and his team went into crunch mode to finish the game on schedule. Now that this important milestone has been reached, you can read about the importance of the fan community and how it has influenced the development of the game, Dark Messiah and a possible RPG game, the events that might follow the release of the game and what's up with Fabrice now that the game is gold. It's all here. 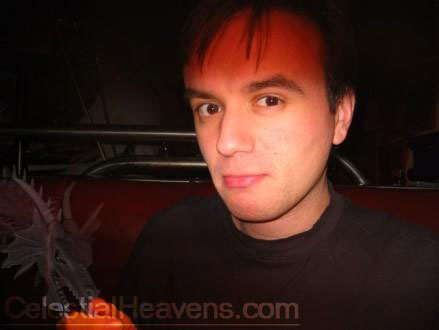 Note: The first part of the Discourses with Fabrice can be found here

What exactly is Ubisoft’s philosophy on fan relations?

This really depends on the type of game. Heroes being a community-driven game, getting the fans in the bandwagon is critical. They are the first round of players and are the primary life support after the release. This is why we have community managers in all countries, and why I spend a lot of time in discussions – although most of them are not in public forums. Hopefully this is beneficial for the game quality, and we’ll see soon how it translates into sales :)

From the viewpoint of Ubisoft, what is the role of fan sites? Do you feel they are important for a game’s success?

Fan sites will always be more important online hubs for a game than anything a publisher can do, due to the dedication and number of people invested in each site. Most often, the fans websites are much more updated than our own. However, we can provide new elements (bios, visuals) or special items (like the minigame) – although this is the sort of things the fans can create too for sure !

In the course of H5’s production, the fan sites have been directly in touch with the development, handing out ideas and suggestions early on, taking part in the beta test, and being handed preview versions recently.

I don’t want to get into it too much, but how does a company like Ubisoft typically react to a petition like the one that was recently “signed” by HoMM fans to get HoMM5 delayed, and the “pact” that was signed by fan sites shortly thereafter? Many fans felt that the fan sites had “gone too far”. Is it possible that such actions by fans can damage the fan-publisher relationship? For that matter, is the fan-publisher relationship important?

I don’t think it can damage the relationship with the publisher, as these actions were done to help the development of the game and not to shut it down. These actions came as a surprise, while we were actually negotiating to get more time for the development. At about the same time, Heroes 5 hit the first place in the Gamespot ratings, and this was also a great boost for the project’s aura. The few more weeks we used to polish the game have been essential, and I think the difference between the open beta version and the demo is quite clear in this respect.

Dark Messiah is an action game, and it is a good counterpart to a game like Heroes. While Heroes carries the brand revival, Dark Messiah will attract new players to this universe, and this will help us grow this brand to create new games, or recreate old ones like M&M.

Another point is that developing a rpg game today is a big challenge, and we wouldn’t want to do it wrong. This is the sort of challenge you can undertake when you master the universe you are creating well enough, and thus it could not have been the first project for us to develop. When we have settled the universe of Ashan correctly, it will be easier to create a great basis for a rpg game.

We assume there will be expansion packs for HoMM5. Can you tickle us with a little information about what might be contained within them?

From what I read in the forums, the fans are teasing themselves well enough already! :) The obvious missing elements from the bestiary in Heroes 5 are good leads to know what would be added later, and I wouldn’t want to give away what will be presented soon. Rather than detail new creatures or new factions, I can say at this time that we will be including many gameplay features to improve the experience of the main game. We will also be releasing a few updates before any expansion to expand on some modes like the duel mode.

How will Ubisoft be involved with fans after the game is published? Are things such as map contests a possibility?

We are planning a lot of things after the release. While the typical balancing patch is expected, we will also include game updates in these patches. The map editor itself will be made available to everyone through one of these updates. New multiplayer maps will also be distributed like this, and we are planning to include tournament tools too. Of course many contests will be made, either by Ubisoft directly, as many have been done especially in the french community, or by supporting community contests.

How do you think HoMM5 measures up with previous entries in the series? What will be its most memorable feature?

As a first note, I’m really relieved and satisfied that the development of Heroes 5 ended on a good note, with a gold master that has received enough time to be polished. Many atrocities could have happened in the last few weeks, and a lot of work has been necessary to ensure that the game was given its chance – which has been the case. I feel that we have hit the potential that we were aiming for – although there is always room for improvement. The most played feature, and the one that will receive the most attention in the coming months, is the duel mode in my opinion. All of this being said, I feel Heroes 5 will be one of the best in the series, on par with Heroes 3 :)

Now that the game has gone gold, what does that mean for you and the development team? I.e. - what's next for you?

First this meant a solid 12 hours of sleep, once all masters were safely handed to the people in charge of manufacturing at Ubisoft. :) Right after that, a week end were I almost didn’t check the Heroes forums, not too often at least. Resting and partying were also what the dev team at Nival did.

Now that we’re back in the office, the priority is to tweak the experience given the feedback that we have read on the demo. It was too late to include anything in the master, but it’s the sort of things that can be delivered through a patch. The main element is the difficulty level. Working more than two years on a project, you tend to lose the focus of easy access. Beta testing with hardcore fans didn’t help in this respect really, as they are not interested by a low challenge. But reading the new Heroes players having difficulty finishing the maps in the demo lead us to prepare an “easy” setting for the campaign. It will be ready with the game release. I wouldn’t want a player to lose the experience of the scenario because one map is too hard for him.

Will you attend E3 next month?

Not this year – I will actually be having a small holiday in Brussels chasing wild chocolates. :)

Were there any last minute changes that were made just prior to going gold?

The last week was dedicated to bug hunting and swapping. Any gameplay changes were frozen to ensure that no new bug would appear, which is mostly a wishful thinking usually. A few missions were tweaked in terms of difficulty, and this is a point that will be improved by the patch as I said. All in all, the game looks pretty clean now, ready to go forth and multiply. :)