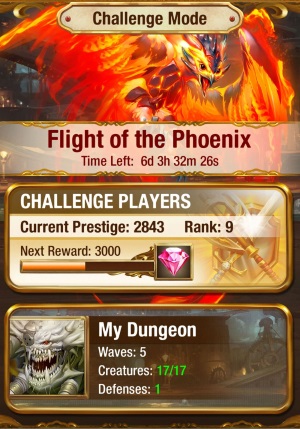 I got hooked on video games when I was a kid. I took classes for programming and graphics, aiming to be an animator or programmer to work on a game. New World Computing was my first job, thanks to Julia Ulano who liked my fantasy art. It was fun creating 2d animated sprites for Heroes II and seeing the game box in the stores. Things shifted to 3d for Might and Magic VI. From that point on the games used 3d models. When NWC relocated to Solvang, I went around different companies and learned new skills along the way, but I still missed working on fantasy games. Then JVC sent me an email and now I’m working on his Creature Quest project. It is so exciting to be working with familiar faces that I have not seen in years.

2. What's your current job? Please outline what your work entails.

I create the visual effects that are used to enhance gameplay on Creature Quest. They help pop out a feature in the interface or creature - such as sparkles over a button, or flames from a creature.

3. What's your favorite part of the job?

Watching other people having fun playing the game.

4. Where do you see yourself in 5 years?

I hope to be working on a creative project in some form.

5. What do you like to do in your free time? 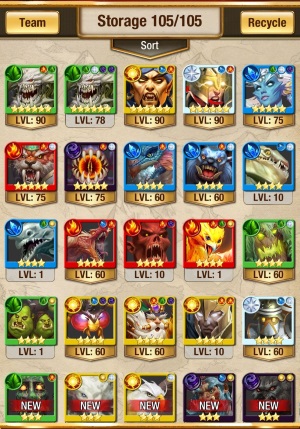 6. How many creatures are there?

There are over 500 creatures in the game, including all the variations of evo states.

7. What’s your favourite aspect of the game?

The map quests, I enjoy exploring and uncovering goodies. It is also a good way to collect items that level up your creatures.

8. What does Creature Quest have in common with the games in the Might & Magic franchise?

It is from JVC, lol. The strategy of building a team of creatures and improving their stats is there.

9. How is working on a mobile game different from the PC games?

There is a smaller limit on the amount of data a mobile game can push compared to a PC. I would love to have higher particle counts for each creature. As the chipset technology improves, mobile devices will eventually play more graphic intensive games.

Editor's note: Thanks to Tracy for taking the time.

Creature Quest launches globally in two days, on January 26th. It will be available for free download on Google Play and iTunes.