IGN have picked up a story first reported by Reddit users: The Heroes VII Collector's Edition sold in the U.S. (no confirmation as to the status for the rest of North America) contains all the stuff advertised earlier, except the physical DVDs. As Ubisoft have since admitted in their comment, their advertising material has omitted any mention of this missing feature and - indeed - the physical material seems to be made with a DVD release in mind. According to the comment, Ubisoft "are accepting complete refunds from any dissatisfied customers", so that's going to work out OK, except that you won't get the discs, of course. Unless you visit a store and buy them seperately, I guess.

You can read all these stories and even comment in our forum but I'd like to clarify our official view on the matter: 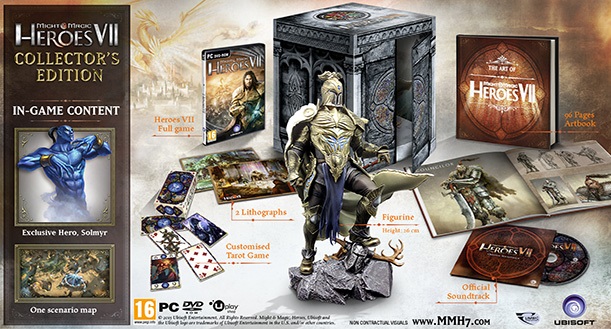