Ubisoft's Latest Disaster for Me
17 minutes ago by Pol (45 replies)
in Heroes VII
It's up! Thanks
@Panda
No, you don't

Invisible Caravan
22 minutes ago by {CH}ArticleBot (1 reply)
in Screenshots
https://www.celestialheavens.com/images/news/Spot-the-Caravan-Ubisoft-Quality.jpg 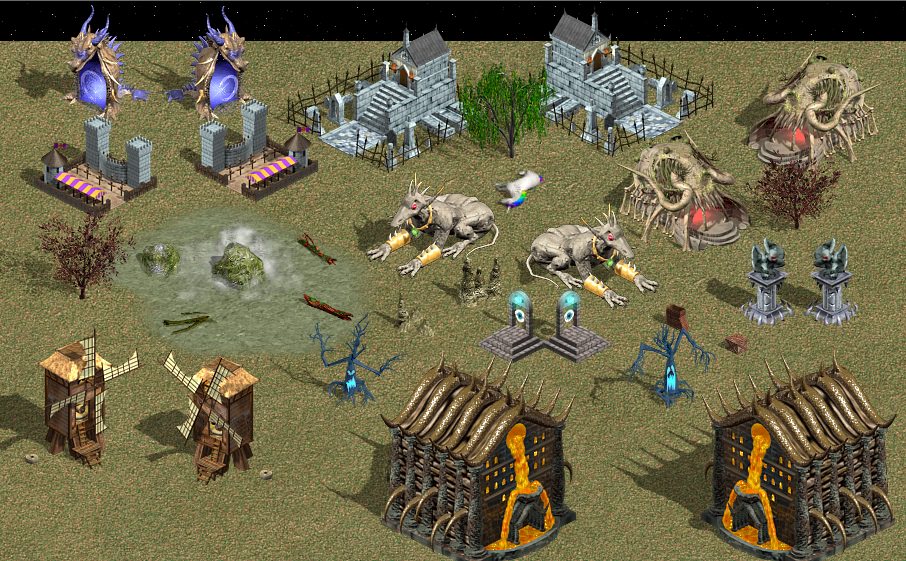 Now I don't have exact number but I estimate we're aboutt 60% through the list above, and that also includes/will include several non-portal Movement Modifiers like the Lighthouse, Stables, Tunnels etc., Structures and a few more.

Equilibris v.3.55 introduced a number of new objects based on Combat Objects and I intend on adding a lot of those as well. This means we'll have many more landscaping objects like Trees, Logs, Rocks, Flowers, Shrub, Mushrooms, Structures etc.

Among the more exciting new objects, there will be Staglagmites, Crates, Sacks, Ropes, Dead Creatures, Fog and Light. The list of new landscaping objects will include a couple hundred new objects (and even then I've still left out quite a lot).

Equilibris v.3.55 also included Creature Quest Huts, which essentially are Quest Huts with the looks of creatures. While this is still uncharted territory for me, I believe we can add those as well, IF fans request it.
We can even mod existing objects e.g. like turning the Tree of Knowledge into a Quest Hut.

I hope to finish and release this during 2018, but I would like to hear what the fans and map makers w

Could consider as useful/interesting objects.

Also it would be great if anyone would offer to help with this or has objects of their own to share.
You can assist me in the following ways: