Might and Magic 6, 7, 8 merge based...
Today, 07:15 by Xfing (6618 replies)
in Might and Magic
Well, the bolster mechanic gets rid of the low difficulty issue on higher party levels pretty well if...

MERGE classes & races: a big ol'...
Yesterday, 22:26 by Echo (3 replies)
in Might and Magic
Yeeee, I've written this post before I found my way to the depths of the system for the merge It's...

MM7 Refilled for the Merge
22.06, 19:31 by SilverKnight (26 replies)
in Might and Magic
I finished EI.
In my opinion your mod makes difficulty of EI almost perfect for a new party. There is...

Finally some news; an interesting Q&A. By "interesting" we mean that it contains new information or at least confirmation on certain bits of information the Community at large have been asking for, rather than things that are either old news or obvious. Here we go, then:

Today saw the release of the remake of the most celebrated game in the franchise, Heroes of Might and Magic III, on Steam. The wait is over, you can now buy the polished version and see it for yourself, whether it is worth the hype or not. Later, you can play it on tablets too, which is nice.

H7's Dev Blog announce new screeenshots for player which cannot wait no longer for more information.
Fans can discover 2 screenshots for the adventure map, new environments and some combat map.

So, as me, have you fond some nice information about the game in those screenshots?

Let's start this week (& month) with some new screenshots of Might & Magic Heroes VII!
It's been a while since the last batch of screenshots but we hope this will permit you to bear the wait until faction's videos!

Please keep in mind that those screenshots are work in progress and won't reflect final quality/ambiance of the game. 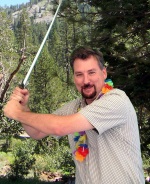 As Heroes III: HD was launched, Ubisoft also released an interview with David Mullich, director of HoMM III back in the days of NWC. Now teaching game production at the Los Angeles Film School, you can still follow him on his blog.

I half expected the thing to appear on the official blog, but since it hasn't I'll direct you to the fan sites instead. Here's the whole interview on Acidcave.

Two days later, a new bill was published on Heroes VII dev blog, and developers have presented Academy's Might Heroes.
Those Might Heroes will be divided into 3 classes:
- Blademage, real warriors of the Academy.
- Alchemist, focus only on prime and Water magic.
- Sheriff, law officers of the faction.

Players' reactions are quite numerous, and some didn't understand the choice of having created Sheriff... Maybe developers will give more information about this lineup when the will present Magic Heroes...

Now it's the time to discover some interesting things about Falcon Duchy's secrets. A new tale is available and reveal lots of features about the Ten Years War and the destiny of Ivan.
With those details, announced by Spy Master, we will see the deadliest years of the war, with an empire entirely submerged by battles.

Looking for guidance, Ivan decided to visit the abbey of Skarena, one of the Empire's oldest temples of Elrath. Two figures were waiting for him inside. One was an Elf druid, who introduced himself as Tieru. The other was the Angel Murazel, and she was offering to reveal the truth about Sandalphon's death.

Might & Magic Heroes VII introduce exploration and battles, and this second system is presented on a new bill on Dev Blog.
On twelve points, the entire system is explained, even implicit aspects.
Of course, lots of them are inspired from past opus, but Dev team has tried to integrate older systems and improve them for the next game.

This article is about what changes, novelties and also current balancing tasks on Heroes VII's battle system. You'll find out the recipe is not really changed but we're trying to make battles more interesting and varied.

For many of you, some of those elements can appear to be â€œimplicitâ€ but this website is a place for all kind of Heroes :)

Ubisoft have announced a contest where you can win tickets to a fan day along with "a great selection of various gaming magazines and websites from different countries to present the game progress and unveil some new exciting information" on Friday, March 13th near Paris (France).

How to participate:
Basically, you have to participate in the comments section on the official blog site and prove that you're a big Heroes fan. As they say - "share in the comments section why you think you are the hardest Heroes fan, share pictures, videos or anything that could support this statement! Originality will be rewarded and even if you are not selected in the end, your contribution will be rewarded through this website. ".
Deadline: Feb. 25th 00:00 CET.

Of course, this is a total rip-off of our own contest held back in December and one we held back in 2011, but as it goes through the official site there will probably be more participants, meaning a smaller chance to win, meaning that the CH contests are the best.

The official blog has brought out an update on how things are going. Head on over there to read about how the devs are doing on: 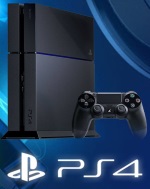 Might and Magic 6, 7, 8 merge based...
Today, 07:15 by Xfing (6618 replies)
in Might and Magic
Well, the bolster mechanic gets rid of the low difficulty issue on higher party levels pretty well if...

MERGE classes & races: a big ol'...
Yesterday, 22:26 by Echo (3 replies)
in Might and Magic
Yeeee, I've written this post before I found my way to the depths of the system for the merge It's...

MM7 Refilled for the Merge
22.06, 19:31 by SilverKnight (26 replies)
in Might and Magic
I finished EI.
In my opinion your mod makes difficulty of EI almost perfect for a new party. There is...