My MM7 & MM8 Assets repacked &...
47 minutes ago by GrayFace (34 replies)
in Might and Magic
https://i.imgur.com/0FTxrOk.png
Yes! Now pretty much perfect. Although, there is a little...

Talk about the weather
Yesterday, 22:34 by Panda Tar (924 replies)
in Campfire
Looks cozy.
We are currently in a cauldrom here. Very good for those who love to roast and toast at...

POBG
Yesterday, 13:11 by Kalah (1 reply)
in Hall of the Heretics
Just started playing PlayerUnknown's Battleground, it's pretty good, even though I get killed a lot....

Heroes V Legends of the Ancients
Yesterday, 13:02 by Quantomas (309 replies)
in Mapmaking Guild
Book 1 is now available for playing from start to finish with the enhanced AI. It comes with improvements...

"I started gaming in the late ‘70s when my tech-loving father got a PONG system for our TV.  Then  he bought a computer in 1982, a used Atari 800.  I was connecting to BBS systems and downloading and uploading games (at 300Bd!) when I was 10 years old.  We upgraded to an IBM clone in ’86 or ’87, and I’ve been upgrading every few years ever since.

My career started at New World Computing in 1995 as a QA tester. In very short order I became a Technical Writer, then a Designer, and then a Producer.  For Heroes I and II, I was the QA Lead, contributed heavily to both strategy guides, wrote the Heroes II manual, and did map building and other design work.  I became more full-time design for Might and Magic VI and VII, and then shifted into more of a Producer role for the later Heroes and Might and Magic games.

After New World, things have been a blur. I worked at NCSoft for a bit on an MMO game that never released. Then I was part of the team that founded Trion Worlds and worked on (what became) Rift. After that I went to Electronic Arts to bring Command and Conquer to the online world. When that was cancelled, I pushed JVC to start VCME."


2. What's your current job? Please outline what your work entails.

"I’m the Executive Producer for Creature Quest.  As exotic as that title sounds, in reality I coordinate all the aspects of the game to try and keep things flowing as smoothly as possible.  Beyond just art, design, and programming you have to factor in external groups (localization, first parties), create release schedules and the processes for hitting them, while also trying to develop the people working for you."


3. What's your favourite part of the job?

"Nothing beats creating something original and having it come to life—moving from paper design to implementation, going through numerous tweaks and revisions, and finally getting a full version finished that you can hand to a stranger.

And when that stranger gets their hands on it and become enthralled—that moment you realize what you dreamed up actually connects with people - that’s my favorite part."

"That’s impossible to answer!  I wouldn’t see myself where I am today five years ago.  Ideally, I’ll still be here working on who-knows-what awesome, new thing.  If there’s one lesson I’ve learned, though, it’s that this industry is quite unpredictable."

"Primarily, I play games in my free time.  I love RPG and Strategy games the most, though I dabble a bit in other categories (FPS and action).  I prefer the PC to consoles, and I’ve been spending more and more time on mobile titles.

Outside of games I haven’t had that many other hobbies.  I’ve started to learn how to golf so that I can enjoy an ‘outdoor’ activity without requiring an organized team.  Recently, I’ve picked up reading books, primarily non-fiction, to gather up ideas and further develop my skills."

6. About Creature Quest: What devices does it play on?

"Creature Quest will be available on both iOS and Android devices through the App Store, Google Play, and Amazon.

7. How large is this world?

"We have over 20 different quests, each taking place in different regions of the world.  It’s hard to compare world sizes, and we’re not close to done building out all the different areas yet." 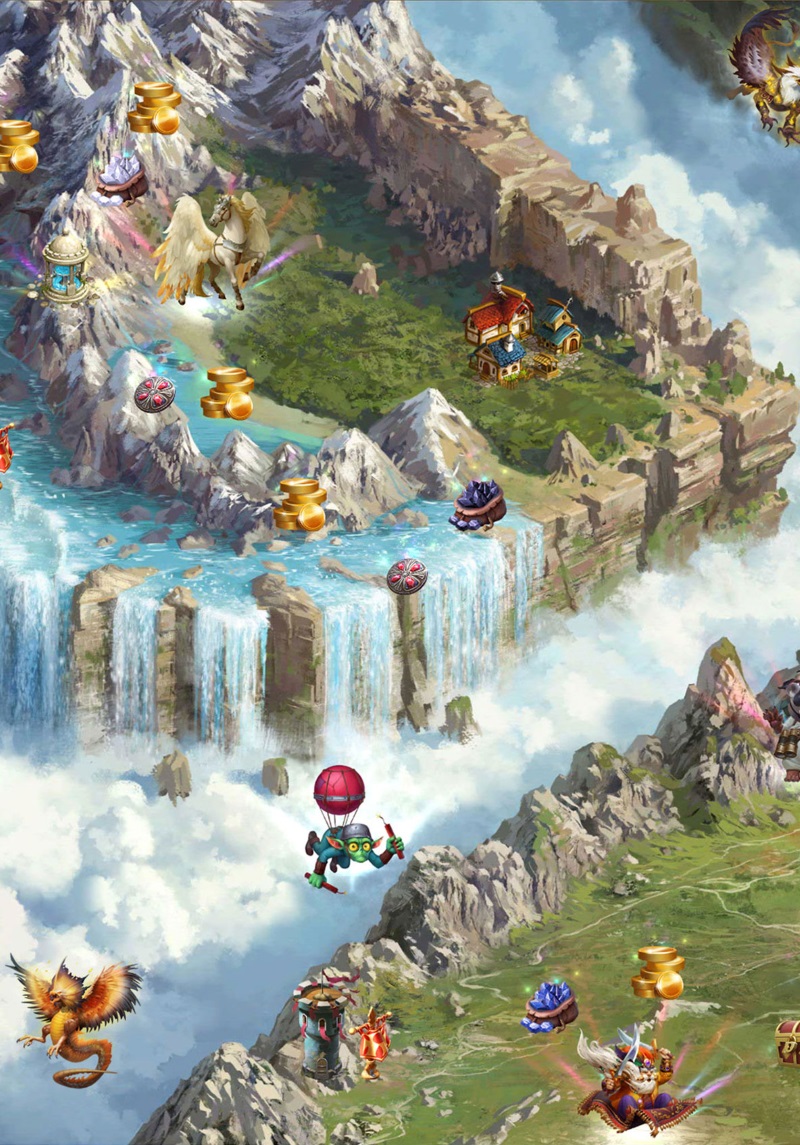 8. How do you keep the balance, is there a (battle) formula?

"Fortunately for us, JVC’s pet passion is balance.  He’s been very involved in making sure we have proper boundaries for the Creatures’ stats and abilities. Our ‘battle formula’ is actually derived from the original Heroes combat system."

9. What can you tell us about custom quest creation?

"At release, we aren’t supporting user-generated quests, though we have a lot of ideas for how to expand the guild/community features of the game."

10. Are there also Dungeons and Utopias?

"Not in the specific sense of the Heroes games. The quest maps have specific objectives, but they also have locations gating treasure and quest completion bonuses. The spirit is similar, but the specifics are different."

"Our primary audience are mobile gamers, and people moving into mobile games, that want games with depth and strategy. Obviously, we want to appeal to fans of JVC’s work (Heroes and Might and Magic), and in a broader sense not restrict our audience. One of the tentpoles that New World Computing had was to create games that could appeal to wide audiences - ages 8 to 80 and both genders - and we’ve tried to accomplish the same with Creature Quest.

12. How is money generated - in-app purchases?

"How to monetize a game is a question based entirely on the distribution platform for that game. Console games and traditional PC games were/are box purchase, primarily because there was no other way to easily distribute them. Modern console games have leveraged DLC more aggressively because they are now connected devices. Modern PC games (built solely for PC) are moving more and more towards free to play. Mobile games have tried both methods, and free to play has won handily. Having the widest possible audience is the smartest approach, and giving that audience the ability to enjoy the game before asking them to spend makes their purchase more considered and valuable.

Given that, our goal in crafting the game was to make sure we were consistent with certain principles: 1) that monetization does not gate progress, and 2) that the game is not filled with annoying ads. We play plenty of mobile games and know how irritating ‘pushy’ monetization can be. Our goal is that players choose to spend because they want more right now, as opposed to feeling like they have to spend to simply progress.

It is possible to play, and progress, without spending any money at all. Spending is like adding nitrous oxide to your car - it doesn’t make the car move, it makes the car go faster once it’s moving."

13. What does Creature Quest have in common with the games in the Might & Magic franchise?

14. How is working on a mobile game different from the PC games?

"For us, it’s been like turning the clock back. Our team is fewer than 20 people, which doesn’t happen much anymore in AAA console/PC development. Outside of that, it’s the interactions that are the most different - the display is much smaller than a monitor and the input mechanisms are significantly more limited - so creating UI and control schemes are pretty different than a PC game.

In addition, the monetization of modern mobile games (F2P), and the design around that, is very different from stand-alone PC development. Our goal here is to make spending in the game something you do to enhance or speed up your playing, without gating enjoyment of the game based on spending."

That's it - big thanks to Bryan for taking the time and we hope to hear more from him in the future.