Special Win: Defeat all other players in the arena.
Special Loss: You must enter the arena within the first week. At least one of your two tributes must survive.

Description:
This is the improved version of the original The Hunger Games map with completely changed beginning to be much faster.
A unique concept of singleplayer/multiplayer scenario map, working only in SINGLEPLAYER & HOTSEAT due to H7 restrictions.

IMPORTANT INFORMATION
- the map is scripted for up to 6 players in hotseat or singleplayer
- it is recommended to play with random skilling for more fair game
- you should update the game to the latest version 2.21 for playing, Unofficial Community Patch/UCP recommended

How to set factions (they have no gameplay impact but they code the map function)!!!
- player 1 must be always human and they can choose whatever faction
- humans players in positions 2-6 must NOT CHOOSE HAVEN (haven activates scripts for playable AI)
- AI players in positions 2-6 MUST CHOOSE HAVEN
- if you want to reduce the number of players, just set them as AI + assign them any other faction than Haven, these players will lose anyway when the Hunger Games start

ABOUT THE MAP (recommended to read before playing)
The map is inspired by famous series written by Suzanne Collins. If you know them, some features might be familiar to you. However, it's not necessary to know the original Hunger Games at all, you can still enjoy a multiplayer map which is great I hope.

Each of 6 players controls two heroes, chosen by a community poll in autumn, and two towns from different factions (representing thus all 12 districts). All players get only ONE WEEK to prepare, to build their armies and to level up their heroes (everything in the underground). During that time, players are strictly forbidden to fight each other. Before the timer expires, they have to move to the island in the middle and teleport to the arena, where the battle will take place. Compared to the original version, this one has much faster beginning, so you get to the arena after several minutes of playing. The whole game can be finished in a while... or in many hours, it's just up to you.

As soon as the timer expires, all barriers are broken and players and heroes can start fighting until only one winner is left. There are no towns in the arena and heroes lose their beginning towns as soon as the timer expires, also their resources are set to 0. Sure there are some neutral armies, resources, artefacts and neutral locations in the arena, but they can be occupied by your enemy...

The map offers various ways to win, many hidden places and mechanics you might discover only after several games, so the replayability should be great. Additionally, the map should be completely different to the rest of multiplayer maps.

HEROES
Choose the heroes (voted in the community poll) to choose two factions you want to play with (you will get no other heroes):


Notes:
READ the map information before playing, especially the rules how to set up the factions!
The preparation area is in the underground, during a week, heroes must enter the arena on the surface and they will not return back.
The map is cooked but you may ask the map author for the uncooked version if you want to work on this map.
If you read the whole text, there is a little piece of advice: watch out for moving titan guardians 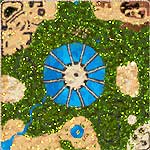 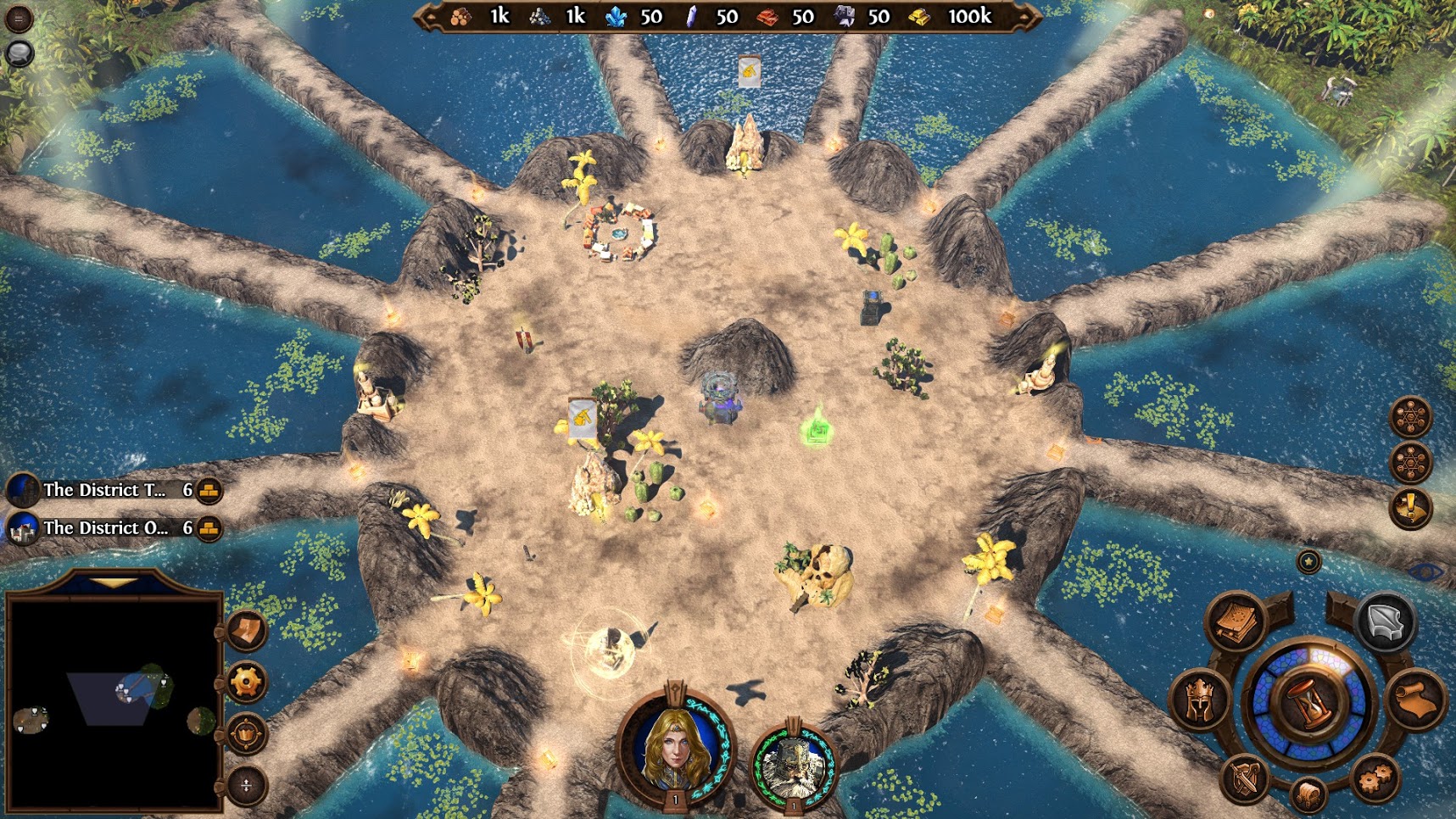 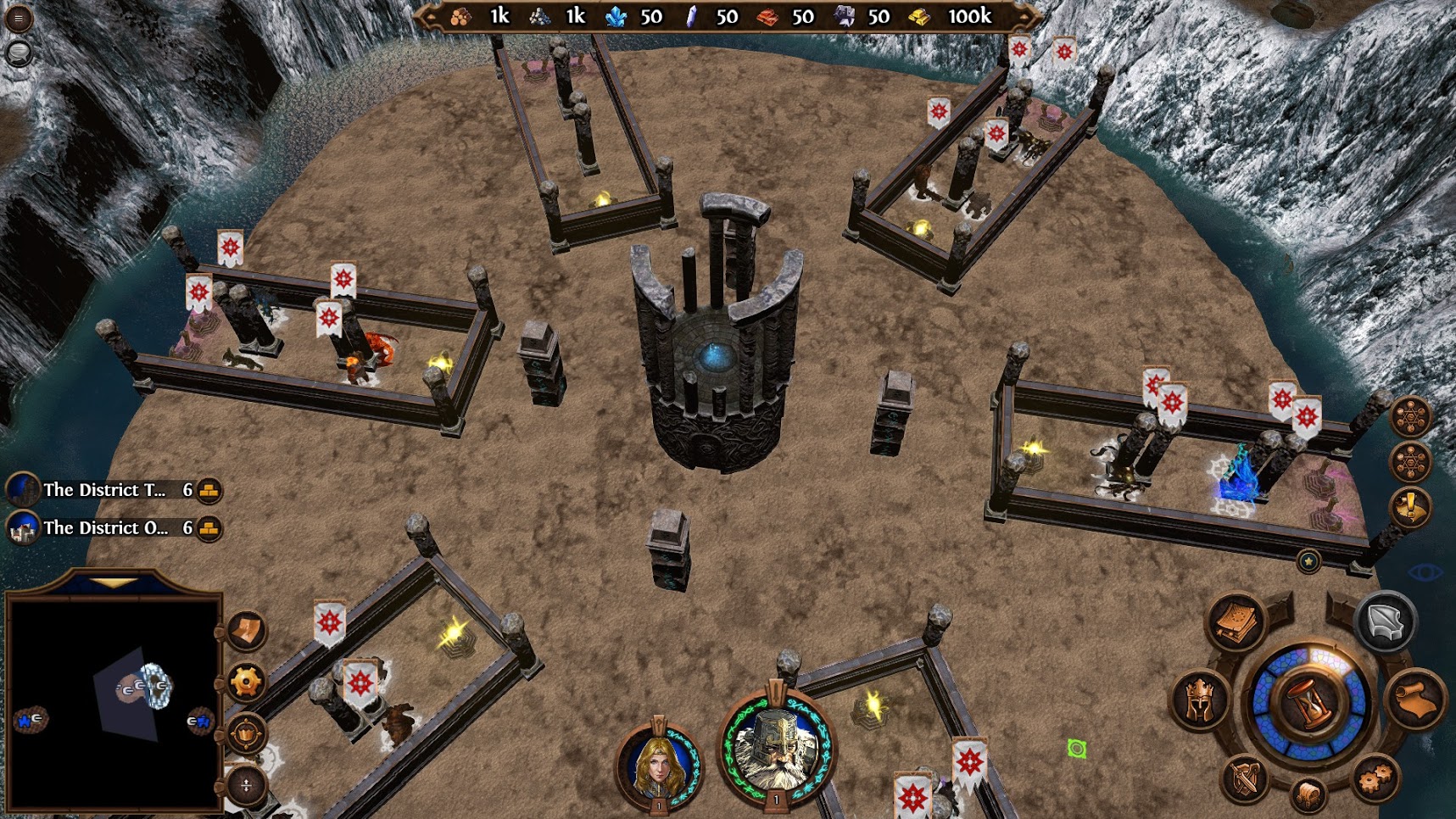 Just delete the spots in my email, please

Pol wrote:These are here to protect your e-mail address. Albeit primitive, it does work.

Good, I didn't realise that