MoS II 1.0 ALFA about to be released

Masters of Sighisoara II - The Undead of Xerphef has been updated to version 1.0 ALFA, which shall be handed over to Kalah personally by yours truly. Yes! That's right I, Yurian, will be meeting our Supreme Leader in Oslo on Thursday, 1st of August. Don't you worry, dear Heroes Fans, photos of this extraordinary occasion will be taken, of course. Wish me good luck as I have a fear of flying, and the flight from Helsinki to Oslo will take off a little less than 4 hours from now.

Maybe a few schnapps will soothe my jangled nerves.


-Yurian
Don't worry if things are going badly today. They will be much worse tomorrow.
Top

Why? Your email is not working?

Yeah we'll take some quick pics, no worries. There are lots of great breweries in Norway (at least two in Drammen), so there are good things to drink too.


I, Yurian, will be meeting our Supreme Leader...

I even have a T-shirt manufactured.

Cheers Yurian! have a great time. I'm glad to see you're still serving the community, you're one of the best in the realm of HoMM.

Pictures from my recent trip to Norway are all available here. http://sighisoara.webs.com/apps/photos/ ... d=15007463

Some of the photos can be viewed on the Random photos thread on the link provided by Kalah in his post right above this one.

I hope you enjoy the pics.

And yes, work on MoS II continues and it's finally getting near the end. Here's hoping both of you gentlemen will come to approve, and better still actually have some good time when the final product sees the light of day. Thank you for the support and solidarity the two of you have shown towards the Sighisoara Project during all these long months (and years).

Kalah: Please release the MoS II 1.0 ALFA for maptesting asap.
I think it is quite ready to be tested here by the whole community.
(or at least those who are still interested in H3 fan made stuff)

I'll definitely try this one later!
Thanks!
Top

Great pictures Yurian, and it is wonderful to see how many posts have been put in here the last few days. It is great that MoS2 has seen so many new updates as well. I hope you are ready to set focus to MoS3 soon as well when MoS2 is released!

WBR,
Max
"By the power of Zelas!"
Top

Well, you know what "they" say; "what goes around comes around". Or how about; Give solidarity and you will eventually get solidarity.<vbg>

They, is so wise.

I got to ask, why ''Sighisoara''?
Disclaimer: May contain sarcasm!
I have never faked a sarcasm in my entire life. - ???
"With ABC deleting dynamite gags from cartoons, do you find that your children are using explosives less frequently?" — Mark LoPresti

Because real masters have fancy names.

Since I am the creator of the project, I suppose I should be the one sitting on the answer. But truth is that it was 4-5 years ago.. And even though I would like it to have some cool background story, I believe it was simply a result of some googling :-)
"By the power of Zelas!"
Top

Is that so? I did not know to be honest haha!.. I mean, I am a great vampire fan so this was a natural choice for me

Haha jokes aside, I don't want to pull the attention away from MoS 2 which is currently in alpha testing version. But a little update is coming for MoS3 now and will be sent to Yurian later on!
Don't forget that we are always in need of people willing to help the team out.
I must also say that I love to see all the activity going on, not only in this thread alone, but on the forums right now.
Can it be that summer's going towards its' end and people are finally finding their way back into their dwellings and computer dungeons?

yeah, a quick Google search revealed that. Btw. the city has some very beautiful old buildings it seems, if searching for pics from the city.
You think that fall is an excuse to head back to ones lair? I would say, for those of us who recent the sun (and easily get sunburned - speaking of vampires

Especially when it's 40°C outside. Though I guess it doesn't happen all that often in Scandinavia.

Anyway, ThunderTitan, Sighisoara isn't the only toponym in the campaign named after a real-life one. So far in my playthrough, I've noticed Fort Scania and Berghof as other examples.
Top

Especially when it's 40°C outside. Though I guess it doesn't happen all that often in Scandinavia.

Anyway, ThunderTitan, Sighisoara isn't the only toponym in the campaign named after a real-life one. So far in my playthrough, I've noticed Fort Scania and Berghof as other examples.

Yes, also Visby is a swedish city. There are a few quite funny references in the campaign as well. I may as well just admit that "King Brejk" is named after one of my favorite chocolate bar "Brejk"!

Now I would also like to tell you about another project I am doing.
It is a so called 2D/Text Based web browser game called "Rise Of Tartaros"
Within you will actually even find an area called "Sighisoara" with quest givers such as "Romero" after the wonderful person Paul Anthony Romero!
Charles The Knight, based on the character you will meet in MoS3

And also, the quest giver Yurian Stonebow. I actually even named the shield that you get in the end of the questline "Yurians Protector".
Of course that is to honor my friend, co-worker and supporter in this project, Yurian!

It is all online at the moment and a biiig expansion is coming in the next few days. Alongside with that I am currently looking to find me a job and I work out like crazy 5 times per week.
But my fingers have really started tingeling to do some writing on the MoS3-project. I just installed Heroes on my computer and I will hopefully send my friend Yurian an update later this evening or tommorow.

And Yurian, I believe I have finally taught myself that it is supposed to be these, not theese!

EDIT: www.riseoftartaros.com for those who want to try it out

We can always rename our project Masters of Segesvár if that is your wish.

Since there hasn't been a thread update for close to a month now, let me share with you a story (first draft, so beware of my grammatical errors such as theese and thoose..

It is a story that you will also find in MoS III-Codename X as it is called at this time..


"Hello there, and welcome, I am the librarian of the "Nations Archives".
Let me tell you a story of a ancient king known as Gloomshade the Greedy!
He started out as a simple bandit in the ranks of Rojaice. But he was a manipulative and cleaver man who swiftly sought his way up to the higher ranks of his nation.

Not many know this, but it is believed that Gloomshade assassinated the former king of Rojaice, Amir the Bandit. Once on top, he quickly changed his official name so that he could later infiltrate the nation of Aurolas without being known as the king of Rojaice. In Rojaice, he was known as Urnic the Bandit King. But in Aurolas, he could carry his old name Gloomshade. He was a retorical genius and managed to get all the way to the throne of Aurolas before revealing his true self. By this time, he also managed to make a deal with one of this nations rulers, Rafael. Rafael created the "Shackles of War" in order to help Gloomshade overthrow what he claimed to be a terrorising rule in Gulael under their king, King Maglius, whom was later replaced by King Theodore, who had to step down to King Brejk.
However, once he possesed the Shackles, they were used to enslave the miners of Aurolas. Gloomshades rule were to come to an end quite soon.
One miner, known as Markus Tullius, managed to flee the mines and raise a rebel army. With this rebel army and masterful tactical skills he overthrew the kings guards and beheaded the king in front of a cheering mass of people.
Gloomshades reign of terror had come to an end. Aurolas then became the first nation of Sighisoara to choose their king with an election, the year was 430, 70 years from now precisely in other means, when Markus Tullius took over the throne, not yet official was that he also had a son named Quintus whom at the time was 2.

In 435, Aurolas was one of Sighisoaras merriest countries, Markus had through back breaking labor managed to make Aurolas a land of peace. The nation had a great income from exporting massive amounts of wood and their military was strong and loyal. The land was also rid of any major diseases, at this time, Quintus was also made official news as the heir to the throne.
However, in the year 440, marking Markus 10 years on the throne, a Minotaur from Gulael is killed on Aurolas territory igniting conflicts between the nations, and between 441-444, the two nations are in a minor war with eachother.

In 446, Markus Tullius dies of reasons unknown and Quintus Tullius takes over the throne at the age of 18. Between 450-458 conflicts once again arises between the nations after the killing of a local inn-keep in Aurolas by the Minotaurs. Gulaels king, Brejk is slayed and all the way until 470, Gulael is a land with no ruler. In 470, the current king of Gulael, Titus, steps on the throne.

Masters of Sighisoara will reveal more storybits then any other MoS campaign or scenario. You will travel to Jarall which holds a grand archive filled with historical bits just like this.
I get kinda psyched reading the storybits myself haha!

ADD: A little picture for you guys who hasn't yet visited the wikia! 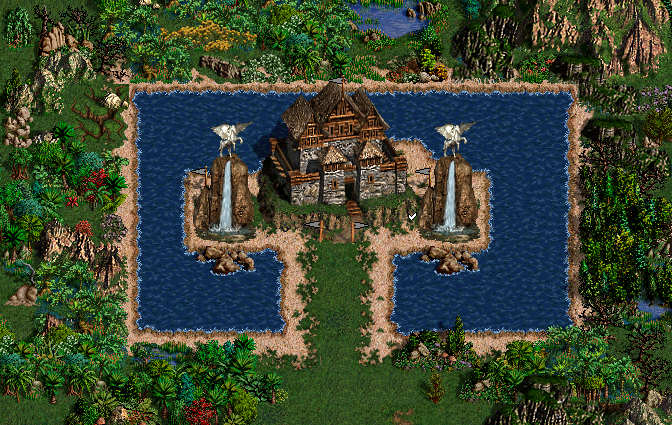 Can anyone guess what capital city this is? If you look at the Sighisoara map, you will get a clue! 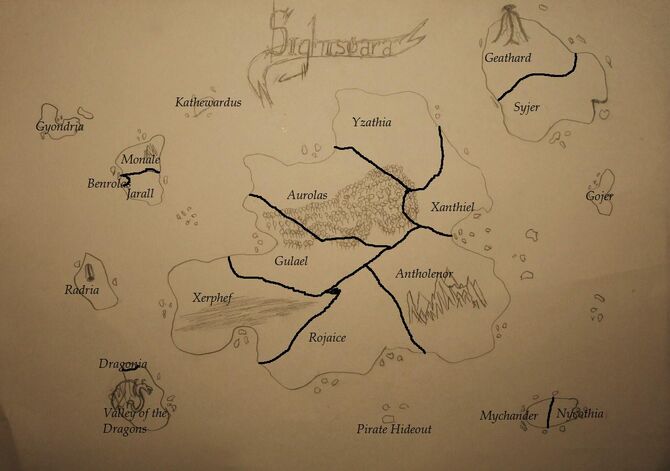 New pics added (From the making of MoS3) to the wikia! Trying to show the we are going for more aesthetic looks in MoS3. Mapmaking art as well as challenge and storylines. I hope this will be our best ones yet! 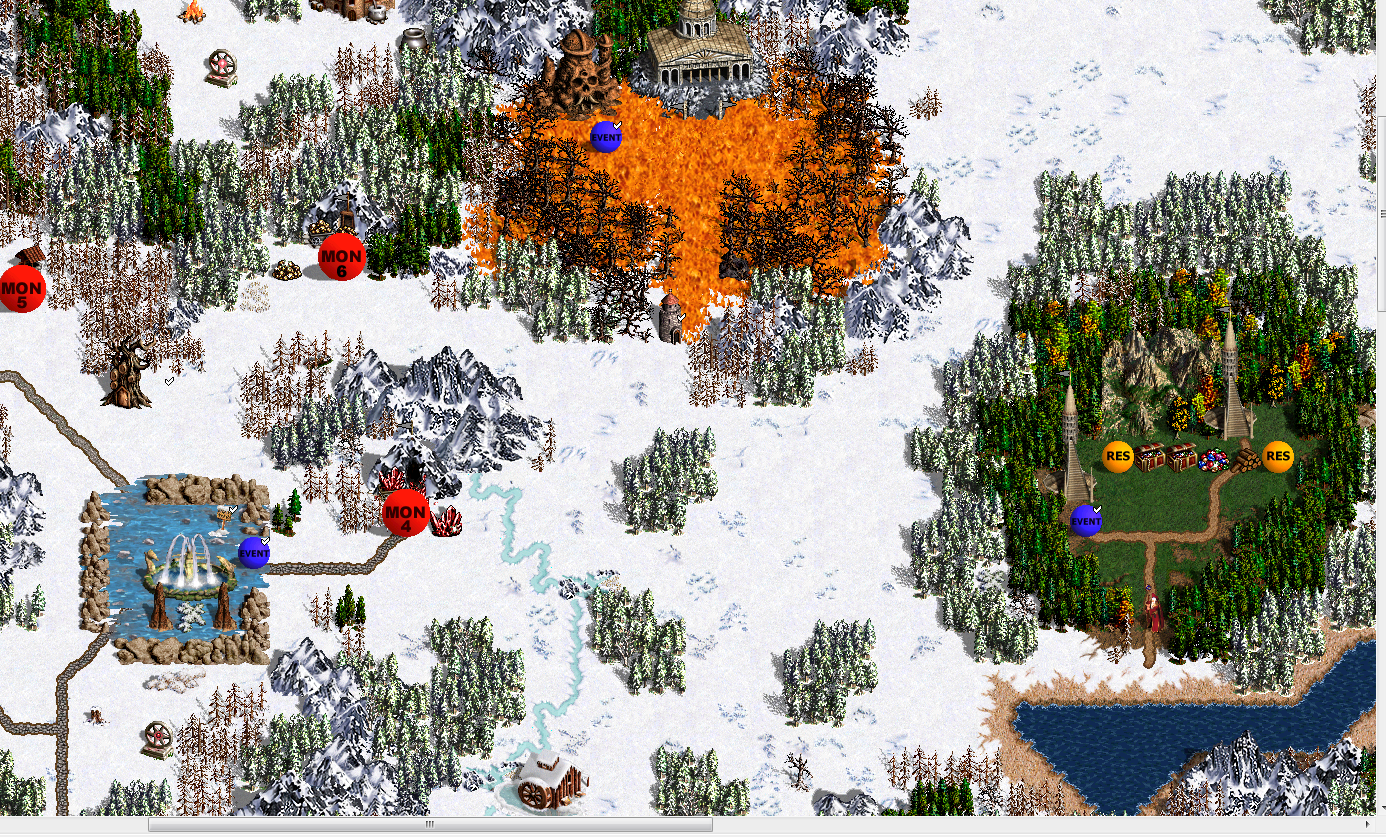 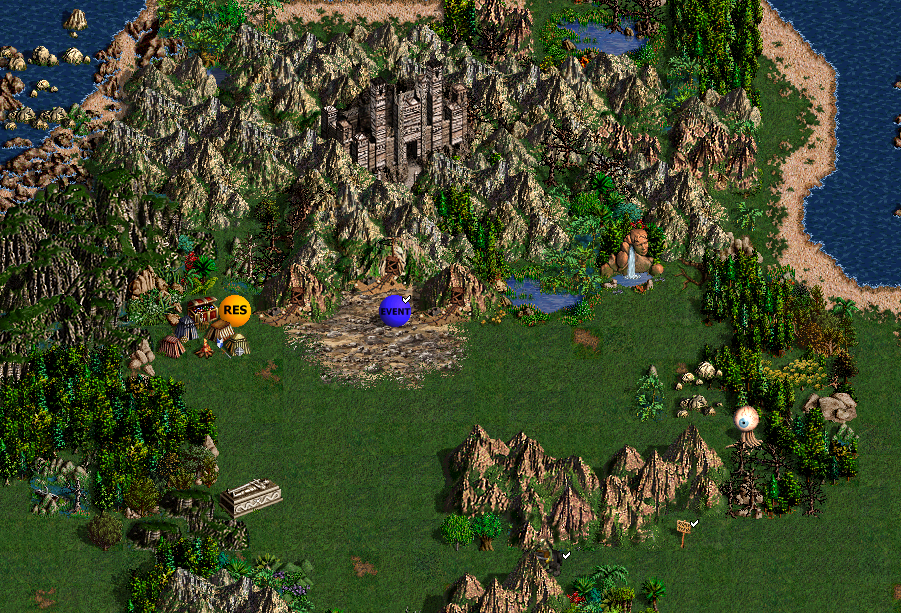