Over at Ironfist HQ, we’ve been working hard on a fairly….explosive….new creature. Still, we thought we’d share an early treat with you by releasing a new version of Ironfist!

We’ve done various minor stability tweaks, fixed the infamous “Dancing Peasants” bug fixed a minor bug in Sorrow’s End, and made some additional improvements to The Last Stand, (courtesy of one of our fans, “The Unknown Hero”). All this adds up to one solid Ironfist 1.2.1 release. Enjoy!
Top

Fear it: The Cyber Behemoth

The Cyborgs have been busy upgrading the various creatures they find in order to help defeat the evil warlocks. They captured the most powerful creatures they could control, and built them into their ultimate weapon.

The Cyber Behemoths are augmented giants, subdued by magical means, and fitted with cranial implants. Their rocket boots give them a fearsome stomp, but their true power lies in the plasma cannon on the back. Twice per battle, they can fire an explosive charge, burning all enemies in a large radius.

Do you want to build awesome creatures like this one? The Ironfist team is on the prowl for new blood, and is actively hunting for rockstar programmers. Is this you? E-mail homm2ironfist@gmail.com and find out.cb9_fight1

You'll have to ask the artist, Denis. I can tell you he used Photoshop.

OK, I didn't want to say anything at first, but it seems no one asked.

But what are the tier levels of these creatures?

Whenever you intro new things you have to be very concerned about the balance. I personally think the Cyber Behemoths should be at least level 5. They seem overpowered enough to be level 6/ top tier.
Top

We are of course playtesting and refining our design continually. We are quite prepared to tweak or even throw away a creature if we decide doing so would be best for the game.

Anyway, as for the Cyber Behemoth: They are Level 6, very expensive, and grow slowly.
Top

Subdued and controlled by magical means, the Cyber Behemoths are cyclopes that have been augmented with cranial implants and cybernetic attachments. With their plasma cannon on their back and their jump powered by rocket boots, the Cyber Behemoths form the ultimate menace in the Cyborg army.

You have waited. And you have been rewarded. For today, we release our new version of Ironfist, and with it, the fearsome Cyber Behemoth. Their powerful 5×5 explosive attack can be the end of many an opponent…but be careful, for you only have two shots.

Play it in our new map “Behemoth Path,” and see how one Cyber Behemoth, commanded by a lone knight with some strategic maneuvering, can take on overwhelming armies, and reclaim your family heirloom from the dragon hoard. 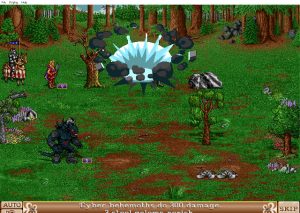 HoMM II was the first game ever to feature operatic vocals, and features an excellent score by famed video game composer Paul Romero. For many years, versions of HoMM II such as the GOG.com version could only play the choppy MIDI versions. Ironfist had been similar, until now. We are pleased to announce that Ironfist now has full support for CD music, and will work out of the box with CD music when installed on top of the GOG.com version.

Oh, and did I mention there will be more music? We’ve recruited a very talented composer, and look forward to releasing some of his work.

We’ve also implemented a major overhaul of the scripting system. Adding your own abilities and quests is easier than ever thanks to new features such as callbacks, modules, and deep binding. Details of the overhaul are given here, and examples are given in the introduction to scripting.

From a significantly improved loading time and stability improvements, to lots of new scripting functions to use in your maps, we’ve made quite a few smaller changes to Ironfist. See the full list in the release notes.

Though things have been quiet on the outside here at Ironfist HQ, on the inside, we’ve been busier than ever. New maps, creatures, and features are arriving like clockwork as the new Cyborg faction comes to fruition. Although this release just contains the first of the new Cyborg creatures, we have finished the artwork for all 6 of them, and are rapidly finishing the coding and sounds for the last few. There is more to come. 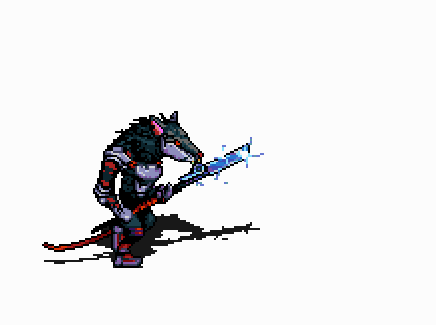 In their short time on Enroth , the Cyborgs have been busy turning the local creatures into an army. You’ve seen the Behemoth; now meet the Kobold.

Although individually weak, kobolds make an attractive addition to any army because of their loyalty and sheer speed of breeding. The Cyber Kobolds have been enhanced, with half of their cranium changed to metal and armor fused to their chest. Their strength has been enhanced, and tests show that, with a thrust of their spear, they can easily pierce a plate of steel. Within the hilt of their spear lies an energy source, which gives their spear a lightning that can strike two enemies in a row. 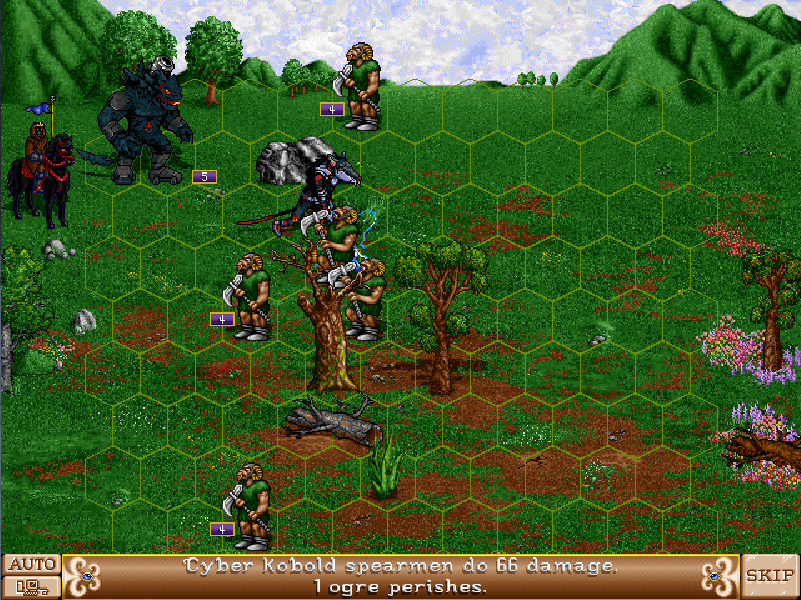 Yes, it's nice, isn't it? H2 is the only game when the code was almost completely reverse engineered. Not H3 or H4 but H2.

This is just a beauty.

Where can this be downloaded? Or is the mod still being built?
Top

Man Pol, you are amazing. Thanks for the help again. First WOG and now this, with such quick and precise answers. Again, I will check it out when I get home from work. Seriously, thanks.
Top

We have the ability to modify the game's source code

We have the ability to modify the game's source code

Darmani wrote:I've been working on this for a long time. It took a year to sufficiently reverse engineer the game, and months more to develop the tools needed to make major modifications easily. But now the groundwork is done, and the game development is in full swing.

Another quick question: Where can I find the palette used in HoMM II? I'd love to make my own art in HoMM II's style!
Top

Another quick question: Where can I find the palette used in HoMM II? I'd love to make my own art in HoMM II's style!

Another quick question: Where can I find the palette used in HoMM II? I'd love to make my own art in HoMM II's style!

I would recommend to ask here.