Donnie Brasco is on. Now that is a good movie!

My buddies at work are poking fun of Avatar; you should hear 'em - it's hilarious.
Top

I saw a great zombie film out of Norway last weekend called Dead Snow. It was, in two words, bloody awesome. And I do mean bloody.
"What men are poets who can speak of Jupiter if he were like a man, but if he is an immense spinning sphere of methane and ammonia must be silent?" - Richard P. Feynman
Top

Milla aka. the Slayer wrote:Examples, or it isn't fun.

Oh, you know, just things like how they had expected the stereotypical über-military army officer to be out of date in the late eighties...

But the crazy military officer guy was the best part of the movie...
Disclaimer: May contain sarcasm!
I have never faked a sarcasm in my entire life. - ???
"With ABC deleting dynamite gags from cartoons, do you find that your children are using explosives less frequently?" — Mark LoPresti

Corribus wrote:I saw a great zombie film out of Norway last weekend called Dead Snow. It was, in two words, bloody awesome. And I do mean bloody.

I've seen it too - it's really sick

Just seen Next, the Imdb comment of which is "Good. Not cheesy, Not overblown. Just pretty darn good."

Watching The Karate Kid on telly. Got so excited I went on Amazon and bought the trilogy. Miyagiiiii!
Top I just watched The Shawshank Redemption - I'll call it as one of my favorite dramas now. Simple, very sad and beautiful at the same time.
Top

Yep. It's rightfully the #1 movie in IMDB's Top250.
'Only two things are infinite, the universe and human stupidity, and I'm not sure about the former' - Albert Einstein

arturchix wrote:I just watched The Shawshank Redemption - I'll call it as one of my favorite dramas now. Simple, very sad and beautiful at the same time.

Than you'll have to check "The Green Mile" if you have missed it. It's even better. And if you like horrors (+ drama) go check and "The Mist". Common thing between these three? Frank Darabont and Stephen King.

Watched "Cloverfield" yesterday. Really pleasantly surprised. Gotta say I enjoyed (almost) each and every second of it.
Top

Kalah wrote:Just seen Next, the Imdb comment of which is "Good. Not cheesy, Not overblown. Just pretty darn good."

"I saw the angel in the marble and carved until I set him free..." - Michelangelo
Top

If he dodges that bullet, it pretty much looks like he already got shot!

ooh... what weekend again... i was so wasted cant even remember how i did get back home... hmmmm... somebody left his dog in living room its like filling my tax papers ja making coffee for me weird but handy creature.

oh great i found movie thread here. theres like biljon topics and posts on this forum i just might bit lazy to start read those all but anyways im big movie consumer and i would like list some of my favorite movies and which i recommend to watch.

hmmm.... this is so hard theres just so many good movies its like impossible to rank them. they all are good in there own way i should be done by categories that wont work either cos theres movies what wont fit realy any categories. okay so im going to do this way i name 3 best and after that they goes less or more randomly and sci-fi/fantasy etc. gets own category and animation. hmmm.... perhaps sagas to.

1. Shawshank Redemption if i need to chose best movie it would be this to bad that in same year came Forrest Gump so it kind of took all oscars. yea Forrest Gump is excellent but not top of my list. hmmm... perhaps Tim Robbins wosent best choice for leading role but he wosent bad and Morgan Freeman was convincing like allways im glad that he got finaly his oscar from Supporting Role in Million Dollar Baby This movie just has that good hook in end "oh i didnt see that coming" but anyways great story from Stephen King.

2. Fight Club thers just comes that moment that you think what the **** just happend... hmmm... if i would compare this movie to movie like Mulholland Drive where they try crate some "blur puzzle" on viewer they went too far i dont still get it what was that movie "big idea"? but Fight Club keep it simple. i wosent big fan brad pitt movies before this movie but now he has been movies like 12 Monkeys, Snatch, Seven... and of course Edward Norton and Helena Bonham Carter those 3 made this movie just perfect. and if someone wonders what is last song it is Pixies - Where is my Mind great end up song

3. well 1 and 2 was easy to pick but this 3 place is hard one i was thinking American Beauty, Casino, Das Boot, or Forrest Gump. aaand.... i must say Casino. when i first see i didnt know its based true story so it came even more impressive. Robert De Niro, Sharon Stone, Joe Pesci and James Woods were so excellent in this movie. perhaps one of roughest scenes in movie history when Joe Pesci is geting hits in that cornfield. oh well jesus did get bit beat up too in that Gibsons jesus movie.

American Beauty what can i say Kevin Spacey.

Forrest Gump it is good but i didnt want to see it again very soon.

Catch Me If You Can. just great based true story.

The People vs. Larry Flynt Woody Harrelson so good in this one based true story again.

Die Falscher making false money in WWII based on a true story.

City of God neighborhoods of Rio de Janeiro based on true story.

The Basketball Diaries maybe DiCaprios best movie (well Catch Me If You Can is good too) based on a true story i think?.

Fear and Loathing in Las Vegas Johnny Depp and Benicio Del Toro just in hilarious ride based on a true story believe it or not.

Gladiator im not much Russell Crowe fan but in this movie he was good got oscar and some mistels.


okey well i usually give +points to sci-fi and fantasy etc. movies... this is more harder than those first 3... but 3 pick ups again. (aaafter note... im going to leave fantasy and horror and etc marvel movies out this list and take only those which are "more sci-fi")

1. Aliens 1,2,3 they all good 3 is my favorite im not sure was that 3 taken form comic book or something? and Sigourney Weaver looks just great whit bald. i just whist that they never done that 4. AvsP`s are good too maeby 2 not so. i would like to vist some time in that H.R Giger Museum Bar fantastic works he has. 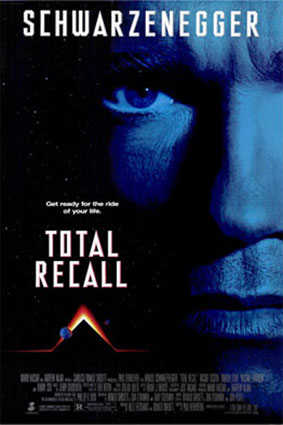 2. Total Recall its classic havent seen it while but yep. its hard rank movie if it has that kind of classic status like T2 and Shining, and that Moon landing by Kubrick was nicely done too

i have to left this T2 and Shining out of my list cos its just too classic (After Note... naah... no i wont T2 takes 4 place Shining just goes random)
T2 best james cameron movie this far but i must say if you have seen theatrical version dont ever watch directors cut it will spoiled... james cameron in my ass if those scene would endup theater it would never come sacha hit this time i must thank those movie corporation guys for edit those scenes out!.
And Avatar! what was that i went see it only for that 3D i never seen 3D before maby some crappy 3D Jaws in 90s but now it looked cool i was siting in midle i think it was too close i was starting get headache next time will go back. aaand im so glad that hes ex-wife took all those oscars whit Hurt locker which is good too maeby some other actors. and it was good proof that oscars are not so corrupted hmmm... im not sure what that oscar academy is... is it like group of people (1000ppl)? and they vote and who get more votes wins oscar? sorry this went bit off post but anyways and 3 isss...... T2 okey nothing more on this.

The Thing havent seen this while good Antarctic scifi.

Cube some small budget movies are can be so good.

Star trek the first contact im not much star trek fan but i have seen some series and movies and this is good. i like that Patrick Stewart he so captain i wish he gets oscar someday.

Fifth Element yea i like it and Milla Jovovich looks hot on those.

Phantoms i did like this it has some good elements.

Critters (all) i just must add this on here too old time classic.

Ok then few animations and some sagas...

3. Ice age first one was good i think that squirrel even got his own movie.

1. Band of brothers i dont know can i put this on this categorie it is serie but i would like think its one big movie best war film this far.

2. Lord of the rings extendeds are good. hmmm... i was hopeing it been more darker like this first battle scene.

3. Matrix yea yea all knows this good one...


ok im geting tired to do this list so im going to endup it here.

theres probably lots of movies what i havet seen yet or i just cant remember right now but anyways those are my favorites this far...
Top

It's very weird, so not for everyone, but I enjoyed it a lot, especially the twisted imagination of Terry Gilliam. Definitely a breath of fresh air.
Jesus saves, Allah forgives, Cthulhu thinks you'd make a nice sandwich.
Top

Metathron wrote:Which is why you should stop wasting your time on crap and check out a diamond in the rough in the vein of

It's very weird, so not for everyone, but I enjoyed it a lot, especially the twisted imagination of Terry Gilliam. Definitely a breath of fresh air.


Felt at bit off there at the end though... maybe it was just Colin Farrell, he didn't really fit in well with the other versions of the guy (he didn't even bother changing his hair colour etc.)
Disclaimer: May contain sarcasm!