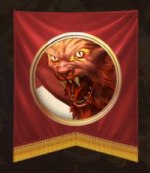 I created our M&M Guild to share the sunshine and fight together.

The aim is to help new or casual players upgrading their creatures and the sweet spot for sure is to get as high score as possible in "Battle Tower" or "Dungeon Challenge".

The minimal level to join is 10th.

Pol wrote: The minimal level to join is 50.

Hope it will help you to level up faster. In my opinion the game is most fun till the 80 level, because after that you had seen everything and you work solely on upgrading your units and combinations.

Thanks. The extra bonuses and your high scoring sure help

I'm mostly doing the Wish quests for gems and am still hoping to get my first 3 dots creature.
Do you feel it's better to boost 2 dot creatures with tomes and exp. or should I save up until getting that 3 dot one?
Are you suggesting coconuts migrate?
Top

This is time depending question. You need stronger creatures to beat the quests on higher difficulty and reap much bigger rewards, to upgrade creatures..

So, it give sense to upgrade your creatures with two dots, if they are going to be from small to large. For a boss creature with just two dots I would be sceptical but I never seen any.

The difference in the gems needed to upgrade small creature and boss is insane. You probably can get more than 10 small creatures fully upgraded and awakened than one half done boss.

So, yes but don't overdo that.

For large and bigger monstrosities you will be in need of higher essence. That ones you can get as reward in Dungeon, reward in Battle Tower & when reaching levels ending with two zeroes.

Now at level 120+ I have One four dots creature and eleven three stars creatures of all sizes. Just for getting an idea. The more dots creatures will come, it's question of probability.

Well, I finally got my first 3 dot creature!!

Useful for dungeon fortification I guess.
Are you suggesting coconuts migrate?
Top

I also got recently a three dots zombie, useful for .. hmm.

I'm quite fond of the Nymph. Duelling orbs are a great dmg/heal combination and seem to neglect resistance (yellow units). I use a solo Nymph for the fire wish quest

I see, blue creatures are harder to get/update as there's (from my experience weaker, played as Prince.. ) Blue wish quest. Once, you can also go with Ifreet/Genie which can heal (mend) the team when using secondary attack. After being at least a little awakened.

Correction, the special does not neglect yellow resistance.. must have been a glitch.

Usually my team breaks down halfway a battle. So I don't benefit as much from team heal as I'd like. On the other hand, random healers such as the Nymph and Muse become more useful as the team dies

Also nice is the Pixie block against yellow

Grand Wish: Defrost is the blue wish quest. But as quest times are quite erratic it is possible you never saw it
Are you suggesting coconuts migrate?
Top

wimfrits wrote:Grand Wish: Defrost is the blue wish quest. But as quest times are quite erratic it is possible you never saw it

Not having any blue boss creature, I just don't pay attention to DEFROST.

Ah.. now I get it. Thanks Avonu
Are you suggesting coconuts migrate?
Top

How is your guild doing btw? After the 40 members addition many guilds got hit hard because, well, with 20 extra room for each guild the question for many is rather obvious: do you want to be in #1 guild or #8 guild.
I currently have much room in HC Kreegans and would gladly welcome any MM fan, I suggest HC and CH unite in these difficult times, what do you say?
Last edited by Galaad on 19 Jun 2017, 11:43, edited 2 times in total.
Top

Not much, we are mini guild.

I started M&M to help the beginners grow, where other guilds just wish to compete. So I sure keep this one, merging would lack any sense.

My own activity is steady but low, so it's nice for our casual players - which most likely would be rejected by other guilds. I sure would like to be competitive once, but that times are probably to come.

Sure, if someone want to grab the glory, HCKreegans are the first one to come to mind. Along with the MoS.

Kreegans currently is casual too and full of newcomers since some of the best players either stopped playing or went to bigger guilds after the cap increase. My goal is to this time, think more long term, as after scoring consistently in top 10 for months now we're in the shadows. When Kreegans rise again, I want people to be united enough to keep loyalty.

Good luck with your guild!

Hope that you will be back in full power soon!

Yes, loyalty is better than immediate gain. Although, now with higher cap you can bargain (30 core + 10 mercenaries?). Still, I prefer to play for a fun rather than for a high score.

From my standpoint I'm looking if the game evolve more in RPG direction, seems that's having that capability. JVC notes are certainly pun.

The thing is it's fun to be competitive in this game, and the guild was competitive in itself. But I relied too much on the newcomers I guess was my mistake. Heh, keep learning and rise again.

Oh, I just realized that now I have a better smart phone, it supports this game.

Downloading it now and going to try it later today or tomorrow; for those idle times, waiting the world to burn, in between life deals.

At least I'm not going to feel like this anymore:

...every time someone speaks of Reglasers, Spiral Panda Concoctions, Anubis-eating Demonic Kirins, greenie-blue reds and whanot.
Last edited by Pol on 29 Dec 2018, 21:12, edited 1 time in total.
"There’s nothing to fear but fear itself and maybe some mild to moderate jellification of bones." Cave Johnson, Portal 2.