A First Look on the map editor has been published. For map makers, does this look nice?

Oh, but just to list the more urgent information on that subject:

First, let me answer your most recurring questions;

I had a first look back in October, but was not able to reveal any details. It is a big improvement over the last 2 editors and has many similarities to the H-IV editor, but it still has work. I won't say anything else about it for now until I am sure what can and can't be released
Mala Ipsa Nova

Ok, people, hold down jeff and lets make him spill the beans! CHAAAARGE!

Looks promising. Seems that they allow quite a lot of freedom for user, while providing simple user interface for most common and certain complex operations. Of course one cannot judge editor by several screenshots and has to try it by himself. Nevertheless this article is one of the MMHVII news that generated a little interest in me.
Avatar image credit: N Lüdimois
Top

@jeff: anything discovered by playing the beta version can be released.
In War: Resolution, In Defeat: Defiance, In Victory: Magnanimity, In Peace: Goodwill.
Top

@Kalah. Does the beta have a map editor? I guess whichever editor Jeff studied back in October, all info that is not awailable via official channels is classified.
Avatar image credit: N Lüdimois
Top

Probably not, or people would have commented about it hither and thither, no? Specially because this is a really anticipated feature. What was expected to be confirmed was the Campaign Editor, and that has been done in the article.

The modding capabilities are the main incognito to check how powerful this Editor is now.
"There’s nothing to fear but fear itself and maybe some mild to moderate jellification of bones." Cave Johnson, Portal 2.

Yes it does have a campaign editor function, I have not tried; it also has an artifact and hero modding ability. Unfortunately the artifact tool was not functional in my download; so I am hoping it will be part of the final release. Much of the interface brings back memories of the H-IV editor; dropdown menus, terrain brushes and a script editor that promises to be very similar to creating quests as done in H-IV. Unfortunately I was one of the few who could never get the reward menus to populate with choices, but when it is working you can give rewards of creatures, attributes, artifacts and/or resources. The biggest problem I have is getting use to the visual differences; it does have a 2D mode but I did not try it much. I think people who have the time to invest learning the editor (I don't think it will take much time); they will be able to create awesome H-7 maps. The hero creation ability with custom portraits, abilities, and so on would have been great if H-IV had had it. The biggest downside is it is going to take a lot of resources. The editor can test maps; so in addition to the editor's system requirements; you have to add the game system requirements on top of them. I am hoping the next update will correct the problem with the menus I had (others did not) and I can give it a good look.
Mala Ipsa Nova

I too surmised it shared similarites with the H4 editor, to my delight. That was bar none my favorite editor of the series.
Top

Yeah the devs were indeed convinced to base the editor on the ones from H4 and H3.
In War: Resolution, In Defeat: Defiance, In Victory: Magnanimity, In Peace: Goodwill.
Top

The first time I glanced at the editor it had a look and feel very similar to the H-IV editor. Make no mistake there are differences, but I think the dedicated mapmaker will be able to adjust to those differences.
Mala Ipsa Nova 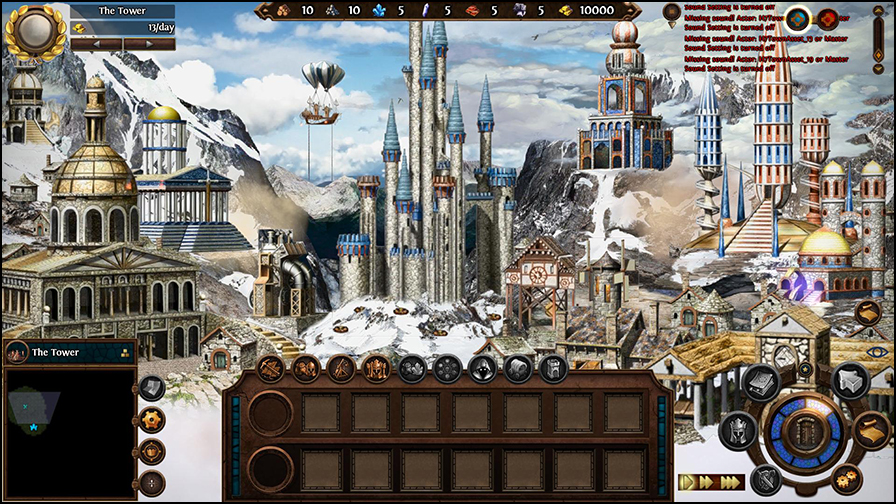 Today's article is regarding an Introduction to modding in Heroes 7.

If you are really invested (including 3D artists such as some of you at Heroes Community:)), you will also be able to duplicate creatures and create new neutrals, replace creatures or even create your own faction…. Everything is here.

Well, that might make some people hyped.
"There’s nothing to fear but fear itself and maybe some mild to moderate jellification of bones." Cave Johnson, Portal 2.

picture of the day.

Indeed the news from editor and modding are once again encouraging. I did not get whether the modifications are only map based or can also be global or at least easily transferred between maps. Most likely even if not intended, someone will find a way to make also global changes. Now if only the game itself would not ruin the efforts put into editor by its playability.
Avatar image credit: N Lüdimois
Top

A quick look and it looks good. I see some of the previous editors, making the new editor appear a fine merge. Use will tell.

Now if only the game itself would not ruin the efforts put into editor by its playability.

I'm hoping it's like H4 - that shortcomings in the game can be countered by skilled mapmakers.

Kalah wrote:I'm hoping it's like H4 - that shortcomings in the game can be countered by skilled mapmakers.

There are people who consider H4 the most unique and refreshing among homms and these people make effort to soothe the game shortcomings by skilled mapmaking. I doubt that H7 has half the revolutionarity that H4 had, and it has to compete with H5 and H3. Another thing is AI. Mapmaker can regulate balances and guide/restrict those who get lost on adventure map but can hardly change AI behavior principles. If it is too erratic the mapmaker has problems, if it is too predictible, the game is boring. In battles the mapmaker is even more limited than on adventure map. H4 had IMO actually very good battle AI. So, H4 was not a "total failure" because of originality and because many of its weaknesses were such that could be countered by skilled mapmaking. Give us a H5 remake with even worse AI and a good editor is not gonna raise it up.
Avatar image credit: N Lüdimois
Top

IMO it is not hard to achieve a walk over victory of H-5; for me it the had tired game play style of H-III. However replacing H-III in the eyes of the devoted is probably not possible and nothing ever will. H-IV was a new approach that has made it almost impossible for any UBI effort attempting to appeal to the H-III only crowd to appeal to me. The editor for H-7 looks very good and inviting; I am just not convinced (because of the game itself) enough to know if I will accept the invitation past the testing phase.
Mala Ipsa Nova

jeff wrote:However replacing H-III in the eyes of the devoted is probably not possible and nothing ever will.

I honestly don't understand what is so hard about. IMO H5 improved mechanics from H3, but failed miserably in terms of immersion and concept (WoW/WH visuals, Ashan). Seriously, it would just need to take that basis, fix a few things such as the ultimates which were broken, add this and that there and there, get back to visuals which would be more in line with the original games (only a matter of art direction, skilled artists are many), and only legacy (lore) issues would remain. From there create a new setting which isn't total crap (sorry) and you have the best Heroes game ever made.
Top

any chance to be able to import maps from previous Heroes Editions ?
I know of course the complexity of doing that kind of feature, regarding specificities of each Heroes Edition... But if we could import at least Map Topologies, it would be a great time saving in producing huge amount of wonderful maps...