Nice screenshots.. I've got nooo problem with them going the classic 2D iso route again. Considering I waste half my life away playing castle age on facebook this would be good to 'upgrade' to it.

Is it just me or is their promotional video rather similar to the Warcraft 3 intro (2 armies meet and then nasty stuff comes down from the sky) lol.
Blake's Sanctum - Heroes of Might & Magic: fan page containing pictures, vids, info, similar games & fan projects!
Top

Yeah, that's exactly why those birds are so angry.

Lomedae wrote:The Chinese Heroes of Might and Magic Online was a godawful bad game, I ran not walked from it in the beta and was actually pleased to get a mail recently that this travesty was shut down. It's sad to see the reason was that Ubi wants to milk it themselves.

I know these are preliminary screens, but...

Good grief, did these people not learn anything from why Clash of Heroes worked despite the small-sized screen and small units?

If the creatures and heroes have to be this tiny and small... make them MORE PRONOUNCED. I seriously hardly can make out most of them in this shot. What are those females in the battle screen?

Also, make a better interface. Only the HP of the wolves is shown? Where are the actions the selected unit can take? Where are the A/D/DA values? HOMMIII did that right already... don't tell me a game 15 years later cannot...

I remain, of course, hopeful. Maybe the battle system will be better then in HOMMVI. The return of hexes, and distances for shooters, is a good sign already. As long as it loses the issues with the chinese game - lack of a castle and adventure map activity, and all strategy in general - it should be good. Add some WoG-style unit development to the mix, and it could be good. Just... increase the size of your troops, seriously. HOMM is a game where you go to battle with only a max of SEVEN troops. They need to be large and visible. See King's Bounty. You don't confuse a swordsman with a knight there... unlike here, where I could confuse the marksman with the... whatever that is next to him.

Blake wrote:Nice screenshots.. I've got nooo problem with them going the classic 2D iso route again. Considering I waste half my life away playing castle age on facebook this would be good to 'upgrade' to it.

2D is OK for me as well as the game is good. Again... remember Clash of Heroes. I shelved both HOMM V and VI long time ago, but still play that game whenever I need a good tactical challenge.

Is it just me or is their promotional video rather similar to the Warcraft 3 intro (2 armies meet and then nasty stuff comes down from the sky) lol.

Not just that... but an evil demonic sword made of magma that has an angry, living eye in it? They stole Rubilax from Wakfu!!! Then again, Ubi is now french, and this is an MMO, makes sense that they will steal from the competition.
Top 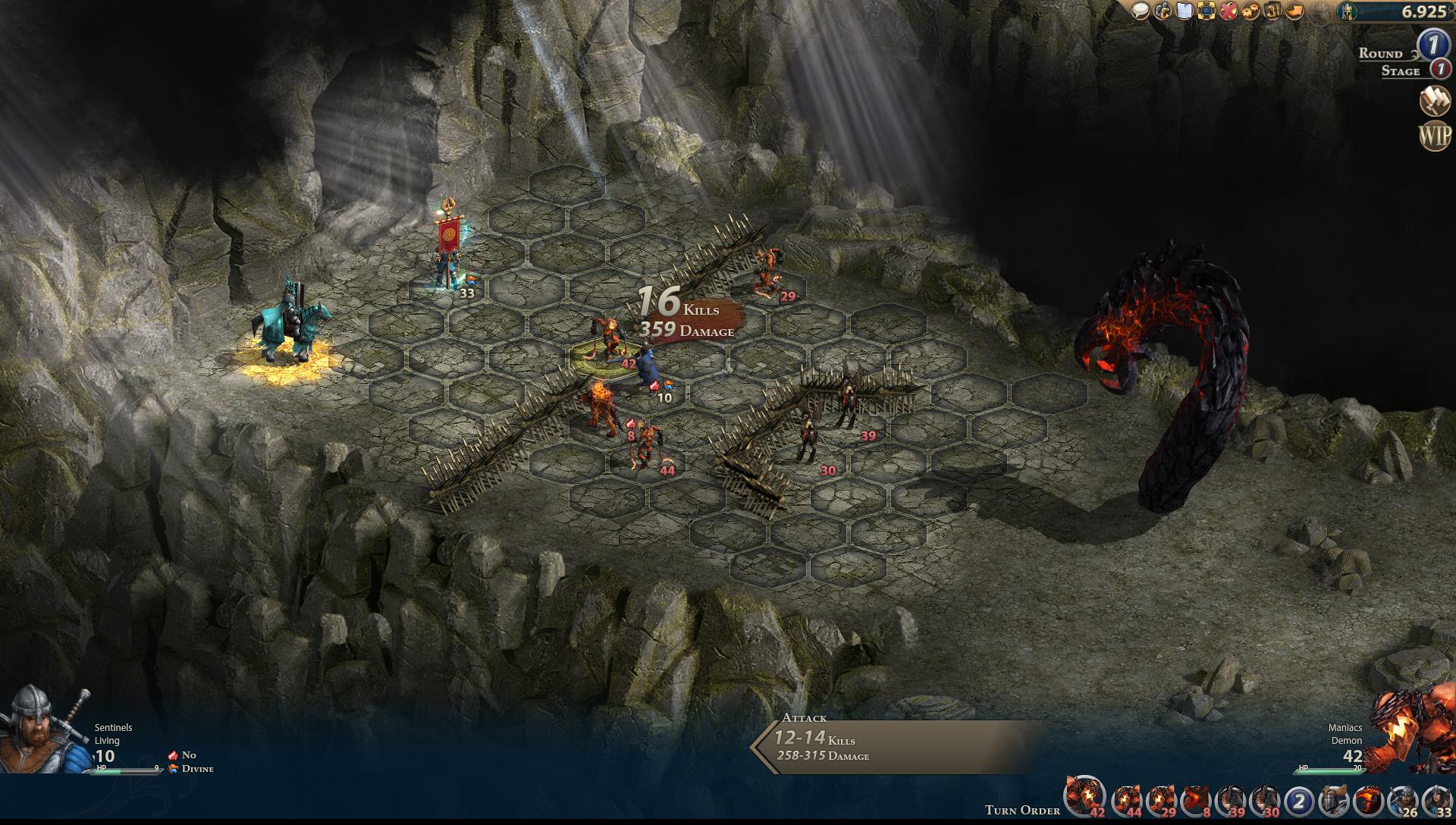 Game name?? URL?
Is it a web site/online game, or installable one?
May the Implosion be with you!
Top

Yo, Avonu, did you know that putting images in [img] [/img] makes them not ruin the forums formating?

Like so:
[img]http://www.gry-online.pl/galeria/galeria_duze3/419258078.jpg[/img]
Disclaimer: May contain sarcasm!
I have never faked a sarcasm in my entire life. - ???
"With ABC deleting dynamite gags from cartoons, do you find that your children are using explosives less frequently?" — Mark LoPresti

About size of the Heroes Online world
Top

You remember Chinese Heroes of Might and Magic Online game? Well, it has been shut down lately, what a coincidence.

This free-to-play browser game looks very similar to HoMM Online - you move on adventure map with your hero in real time, fight on hex battlefield in turns and build cities and send workes to gather resources around town.
Game will have at start only Haven and Necropolis factions and will tell story about fight with Order of the Void and its mysterious leader (let's me guess: his name start on S?)
Heroes Online is produced by german stuidio Blue Byte (Settlers) and is planned to release in Q4 2012.

2. So then the final boss is Shelthem the evil android? if you guess that his name begins with S
Top

Lord of the Guns wrote:1. Does it follows original JVC universe? while the unit follows Asha universe

No it doesn't. Heroes Online is set in Ashan IIRC in times of HoMM6.

Lord of the Guns wrote:2. So then the final boss is Shelthem the evil android? if you guess that his name begins with S


I don't know if there will be final boss at all, but if, I think it should be Order of the Void leader - Sandro from Ashan (which isn't the lich from NWC continuity).
Top
Post Reply
31 posts