It's here. Heroes III. of Might and Magic were first released on February 28, 1999. Feeling nostalgic, so much time passed, so much Windows OS too, and the game is still alive.

It's not the same game, need to say. The first released part was Restoration of Erathia, which is the only, where source codes remained to these times, to be later remasterd by Ubisoft and released like Homm3 HD. To both, good and bad. The good part of Ubisoft version is having better graphic and comes with mobile version. The bad is no propagation now, apart for discounts and not a new fuel in sight. They say, that it's too costy.

RoE originally comes with more innovative ideas, which were later cut out for balance purposes. The last remnants were removed with the first patches. Being 'Unluck' could halve your damage, imagine what Arch Devils could do with it. And having Eagle Eye allowed you to learn and cast spells at higher difficulty. So you could 'Blind' more units at once, nifty!


"But to see its occurence, you needed to play the game for months."

And without doubt it comes with one of the best intro video in the industry. It simply catch your heart, to help Queen Catherine Ironfist to led her forces against scheming Dungeon Overlords. Old world of legends defiled alive before your eyes.

That lore and mechanic just defined the heroes genre. Spurred talks and been an incentive for thousands of map makers. The possibility to make your own stories was so refreshing, that the game live to these days. Of course, it wouldn't be entirely possible without its predecessors. 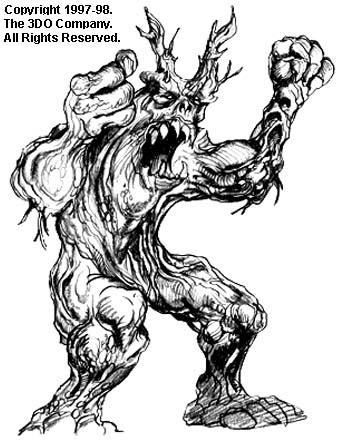 How to celebratie it today? By playing it!

You can play it mobile phone, either like Heroes 3 HD or H3C with VCMI. You can go 'wog' with ERA2 or 'mp' with Horn of the Abyss. And you can also try to play Heroes 2 in rather Heores 3 world in the Succession Wars. Or moving aside with VCMI. In most cases, with use of HDmod by baratorch.

No mod would be good by itself without maps, try Masters of Sighisoara or check our map archives, for much more maps in the world check our links section.


ERA2 - is a successor of WoG, having many scripts which you can enable or disable to make you happy and experiment
VCMI - is another engine not a mod, still not final but very stable.
Horn of the Abyss - is spining all about the base game and multiplayer. Definitively not any scripts to play with.
Succesion Wars mod - brings Heroes II. mood in Heroes 3 coat
HDmod - allows you too play the game on current monitors, without resolution and color depths requirements
And HDmod can be accompanied with SP Plugin - if you prefere to play single player only. HDmod is compatible with pure Heroes 3 Complete or with Horn of the Abyss or with ERA2

The first released part was Restoration of Erathia, which is the only, where source codes remained to these times


The good part of Ubisoft version is having better graphic and comes with mobile version.

Better resolution - yes. In-game graphics are much worse (not only for creatures but Dungeon town screen lacks its oil moat for example

Ixed oth. I'm so much tempted to do some new map with Grelou!