The role-playing games (I-X) that started it all and the various spin-offs (including Dark Messiah).
Post Reply
First unread post • 8 posts • Page 1 of 1

I wrote a simple AI, with ajustable difficulty level.

It has Multiplayer Mode now!

Here is the ArcoMage HD GitHub repo. I also created @might-and-magic on GitHub, but for ArcoMage HD, I created a new org account, @arcomage, to use the arcomage.github.io domain.

Please star the repo and follow me (@tomchen) there. 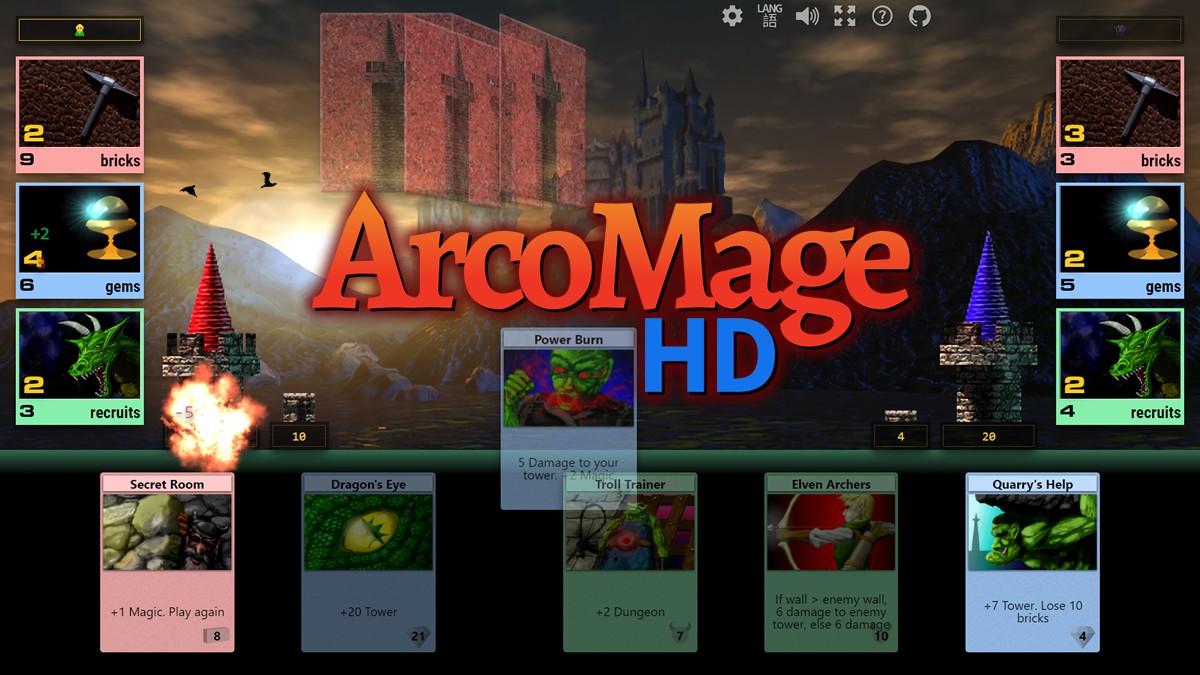 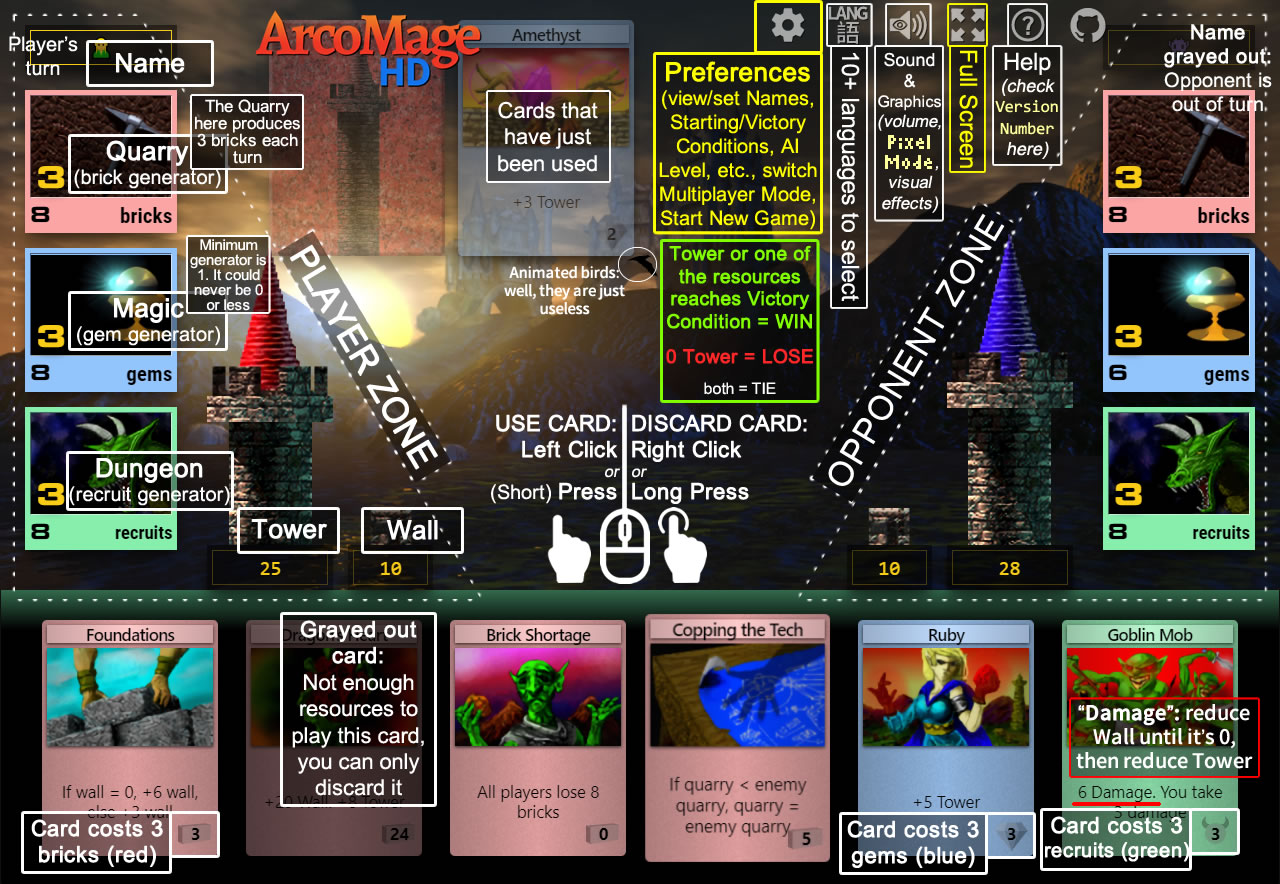 Awesome! Great work on this!
Top

Some update of ArcoMage HD: since the initial alpha release, I've added surrender feature for some rare situation, fixed several bugs including negative resources and new game that crashes the program. With the help of Google Translate, DeepL, original MMVIII's Arcomage images & OCR, I completed the Spanish & Italian translations despite zero knowledge of the languages. I also extracted localized tavern names and location names in all ten languages.

Thanks to CognizanceGaming for the suggestion on the cards' polishing effect (gradient reflection), Plamcia for the Polish translation, and Mercs for the ongoing Russian translation with lots of thinking and weighing.

From what I can tell, the current ArcoMage HD v1.0.0-beta.10 is bug-free. I mean I can't find any situation where the game could crash or behaves very ilogically like the bugs I fixed and mentioned above. If you find any bugs, please report, maybe with a screenshot.

The game supports all modern browsers (no IE), but it runs better in Chrome (and Chrome's Blink engine-based Edge & Opera) than in Safari (which performs better than Firefox). The game is quite experimental. If you are familiar with web development, you know developers rarely use HTML elements + CSS animation for games with 3D effects. Anyway, at least it's good in Chrome, so I think it's a nice and successful experiment. For users without Chrome engine-based browsers, I'll release Desktop versions for Windows/MacOS/Linux with Electron, which bundles the game with Chrome engine.

The forum system is buggy and I can't edit the original post any more. I sent a PM to Pol.
Top

Following today's fix, I think the Multiplayer Mode seems OK now, I mean it looks solid and it's not easy to find any problem like before. I simulated a high latency (slow Internet) environment and it seems fine. But I'll do some more tests nevertheless...

I love this game. Polished, all the mechanics are there and the AI is giving me a hard time.

Thank you for the great work!

Now it has 12 languages.

It even has a Pixel Mode with changeable pixelation level: 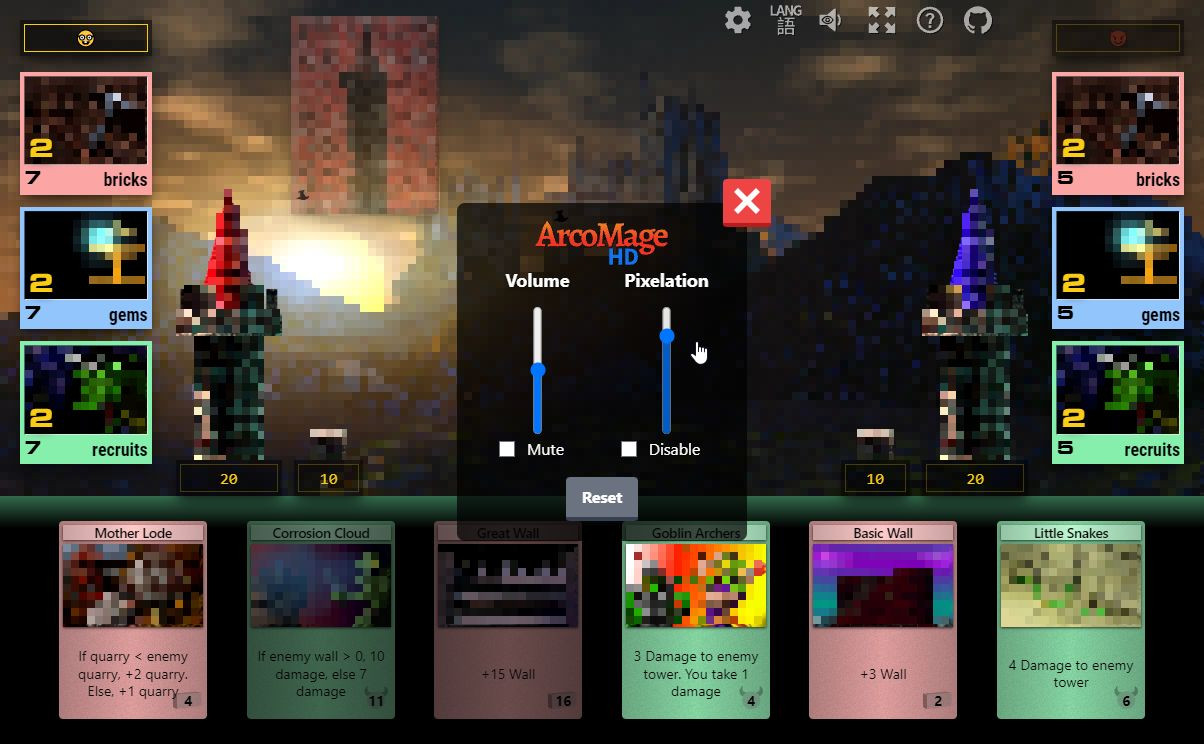 This is pretty unbelievably good. Thank you!
Top
Post Reply
8 posts • Page 1 of 1