Good evening everyone, and I apologize in advance for my English =)
And so, for about a year, in between work and household chores, I decided that I wanted to see "what my favorite childhood game would look like if it came out in 201x". To the best of my ability, I began to redraw, and as a result, this is what happened. What do you think, does it make sense to develop this, and is it worth bringing this at least to the level of the demo version (Emerald Island)?
For reference:
Engine: Unreal Engine 4
All locations were redrawn by me, the buildings are built similar to the original, but at the same time, they are real in size inside (Example: Tavern). 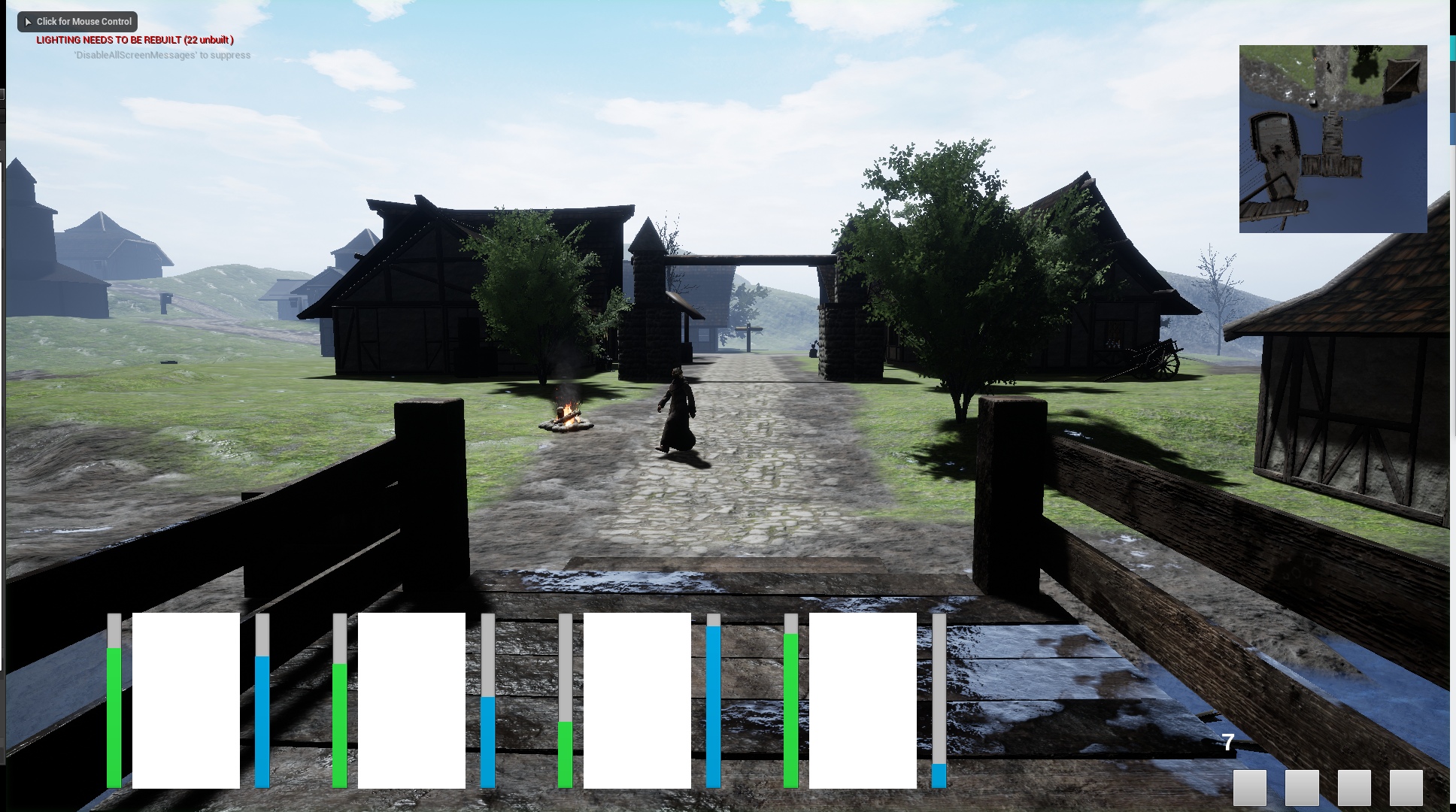 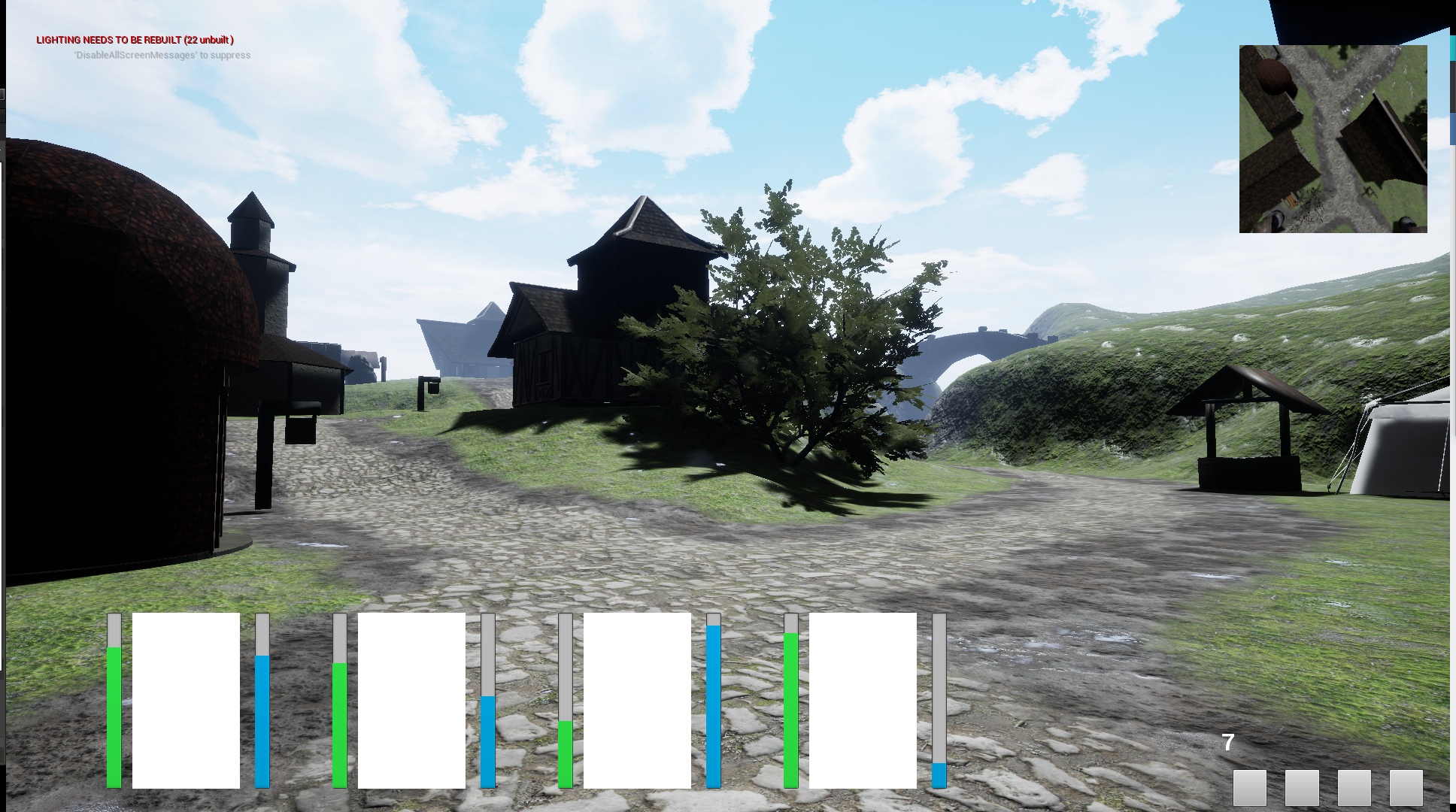 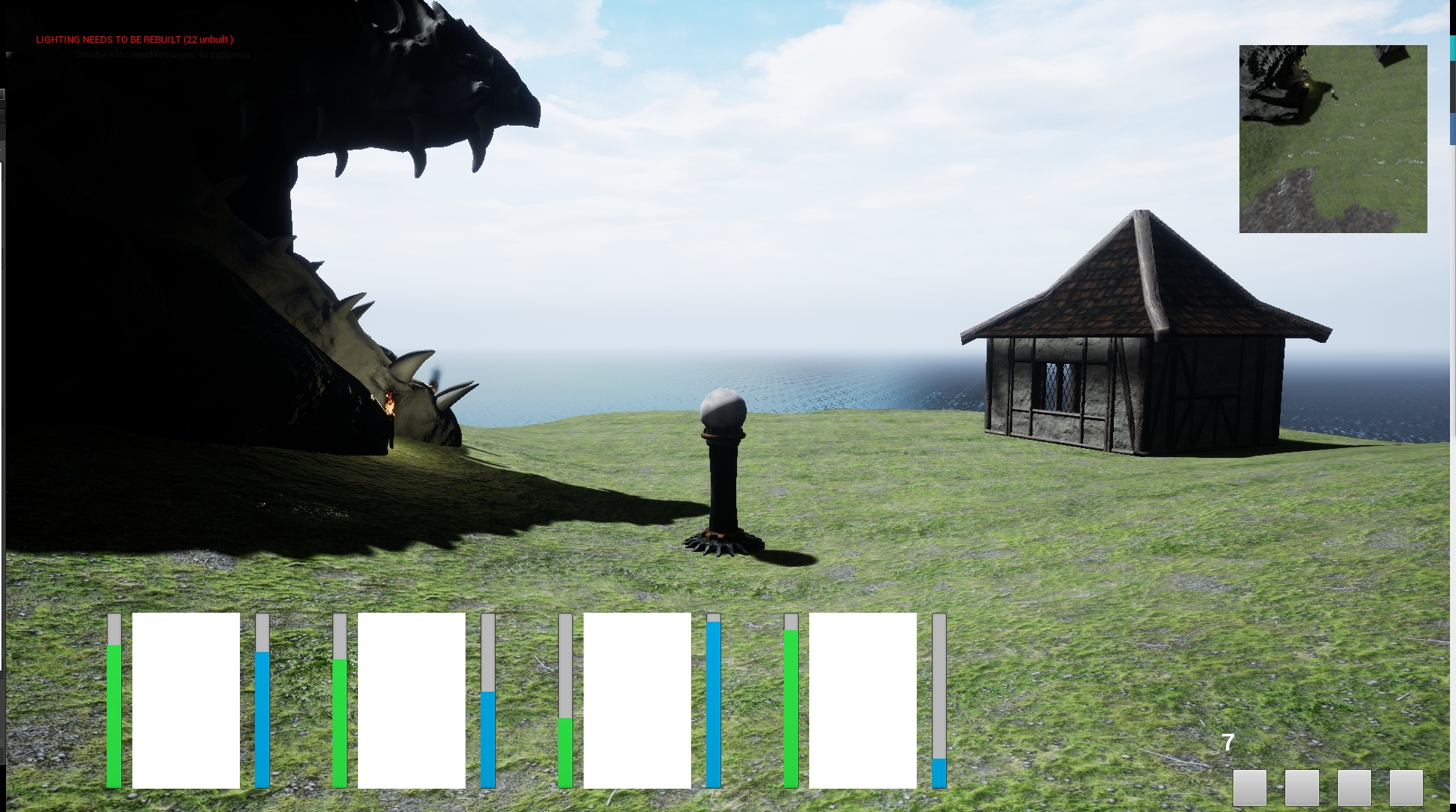 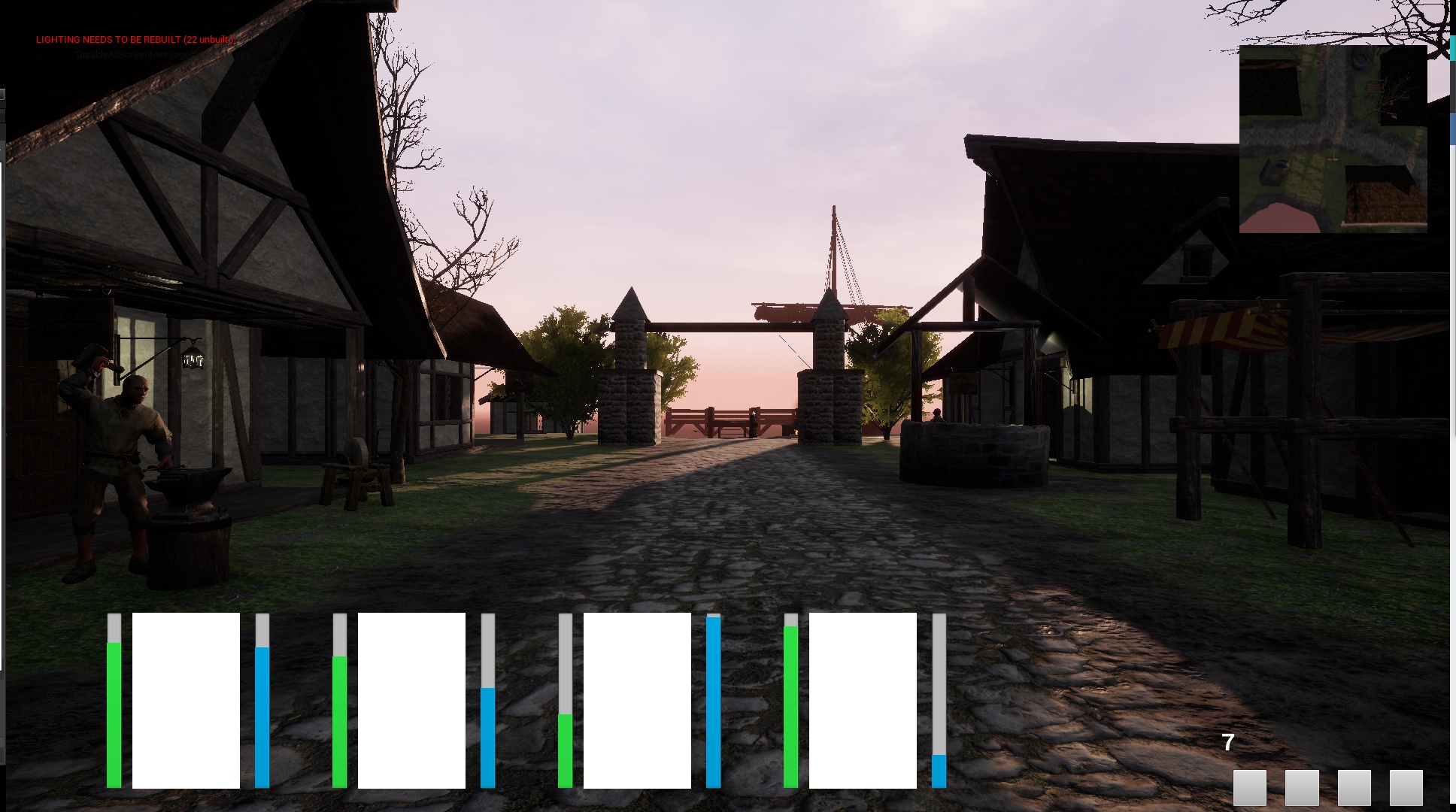 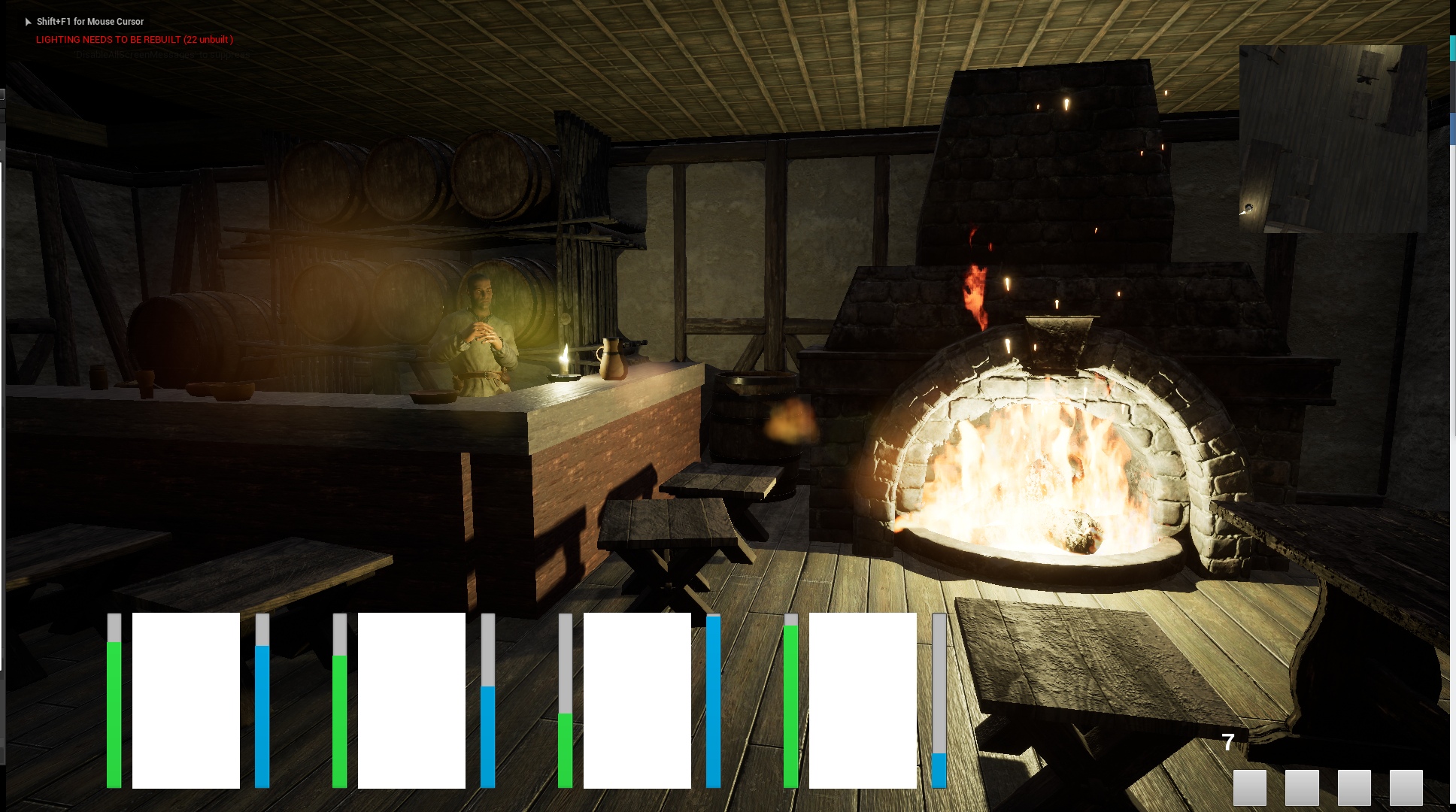 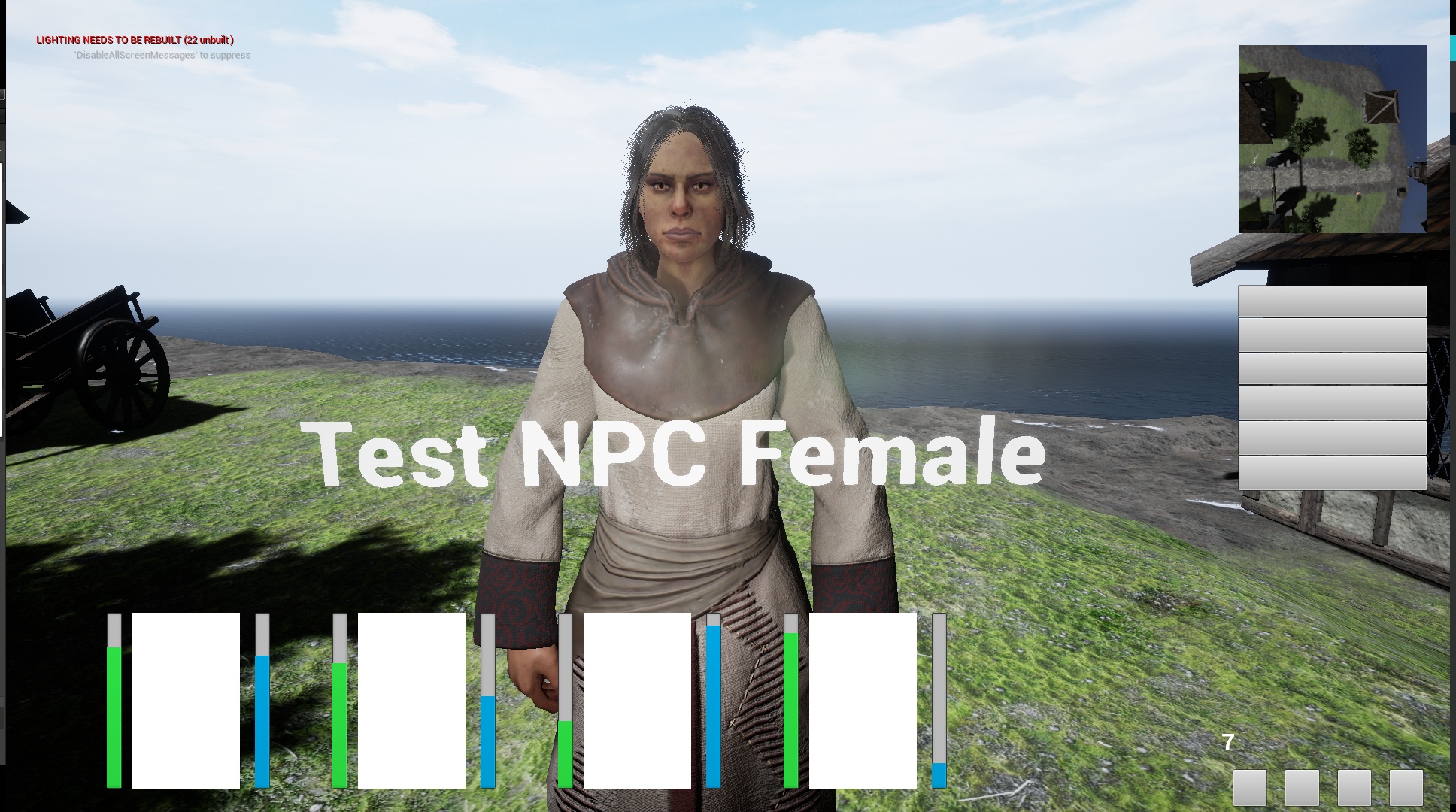 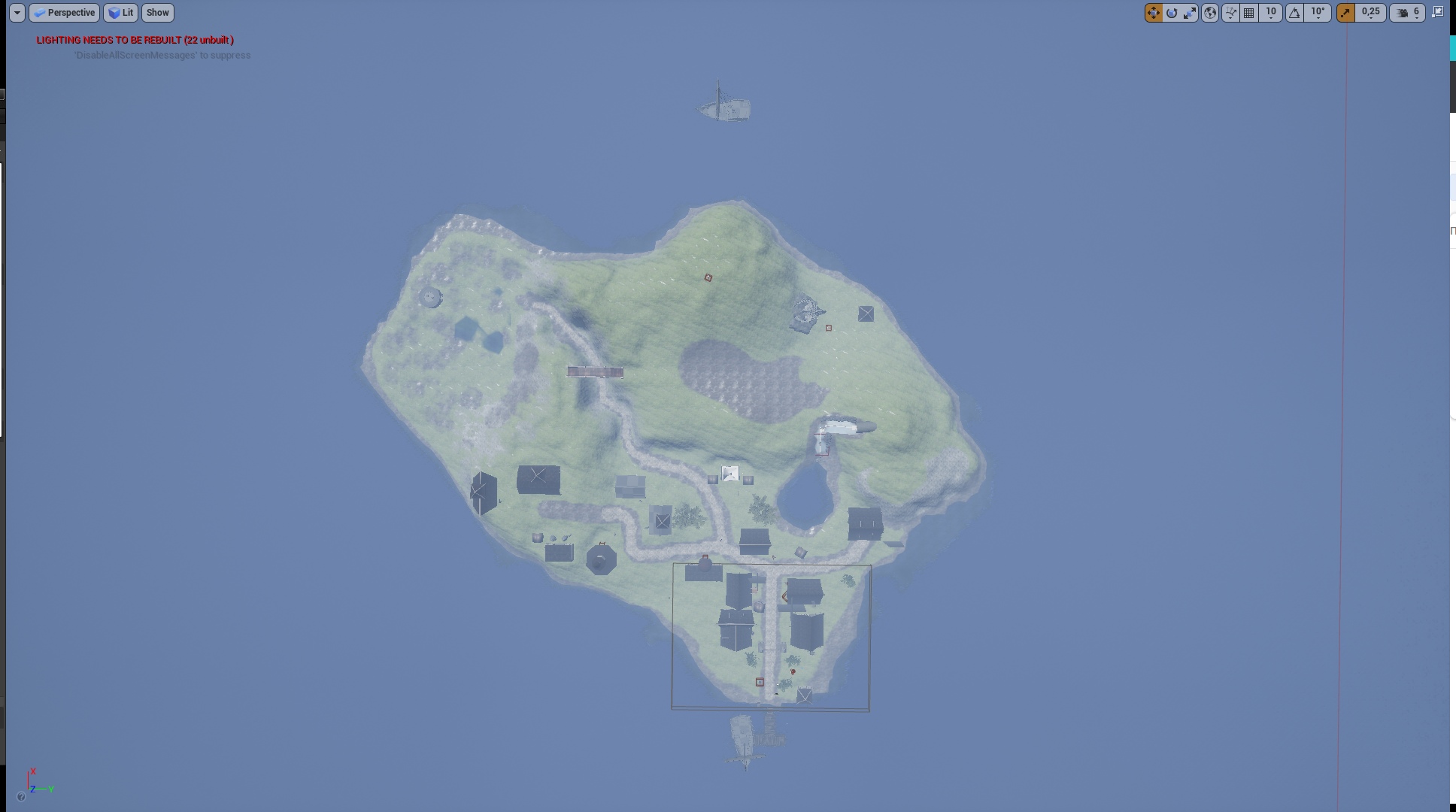 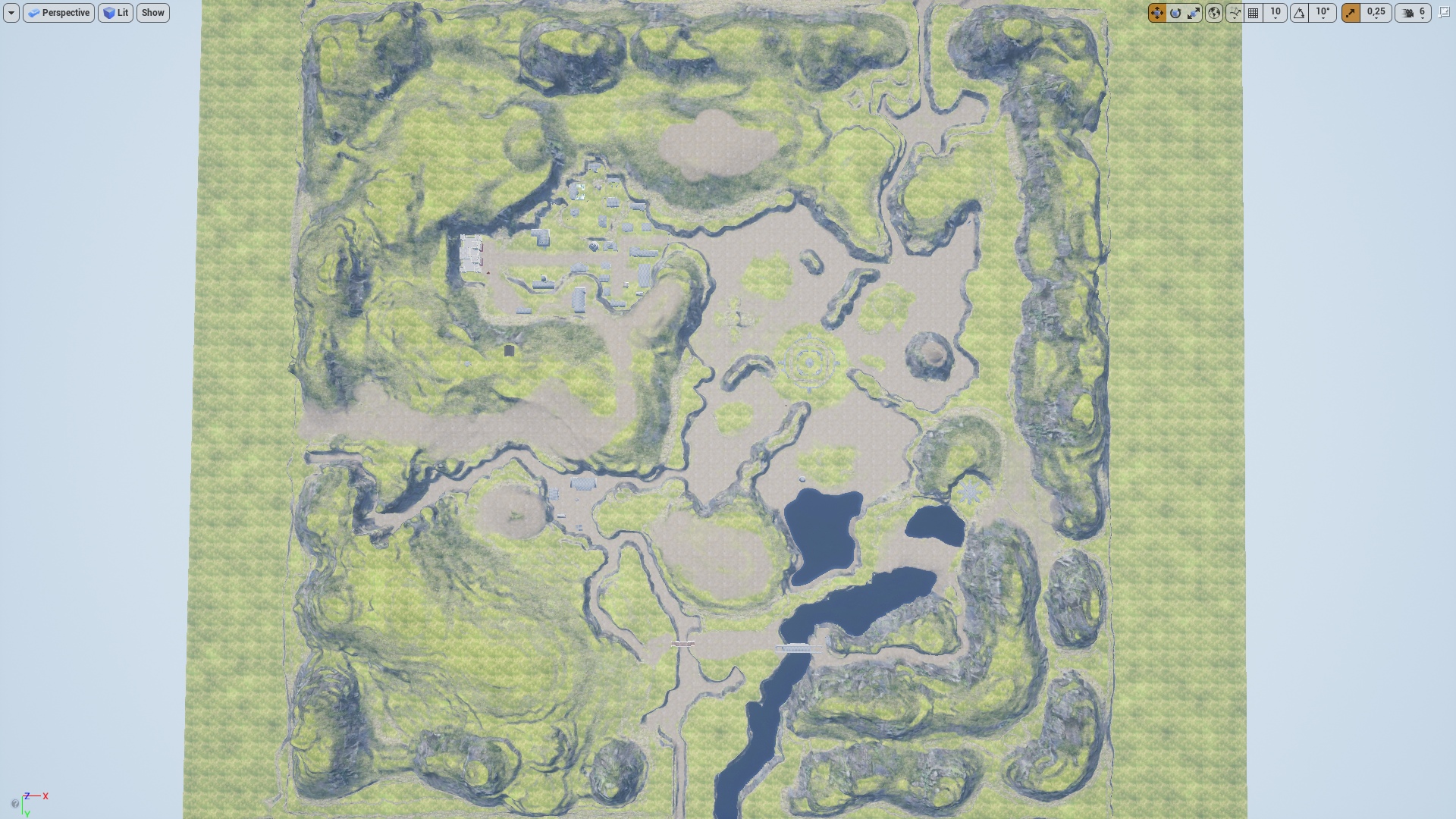 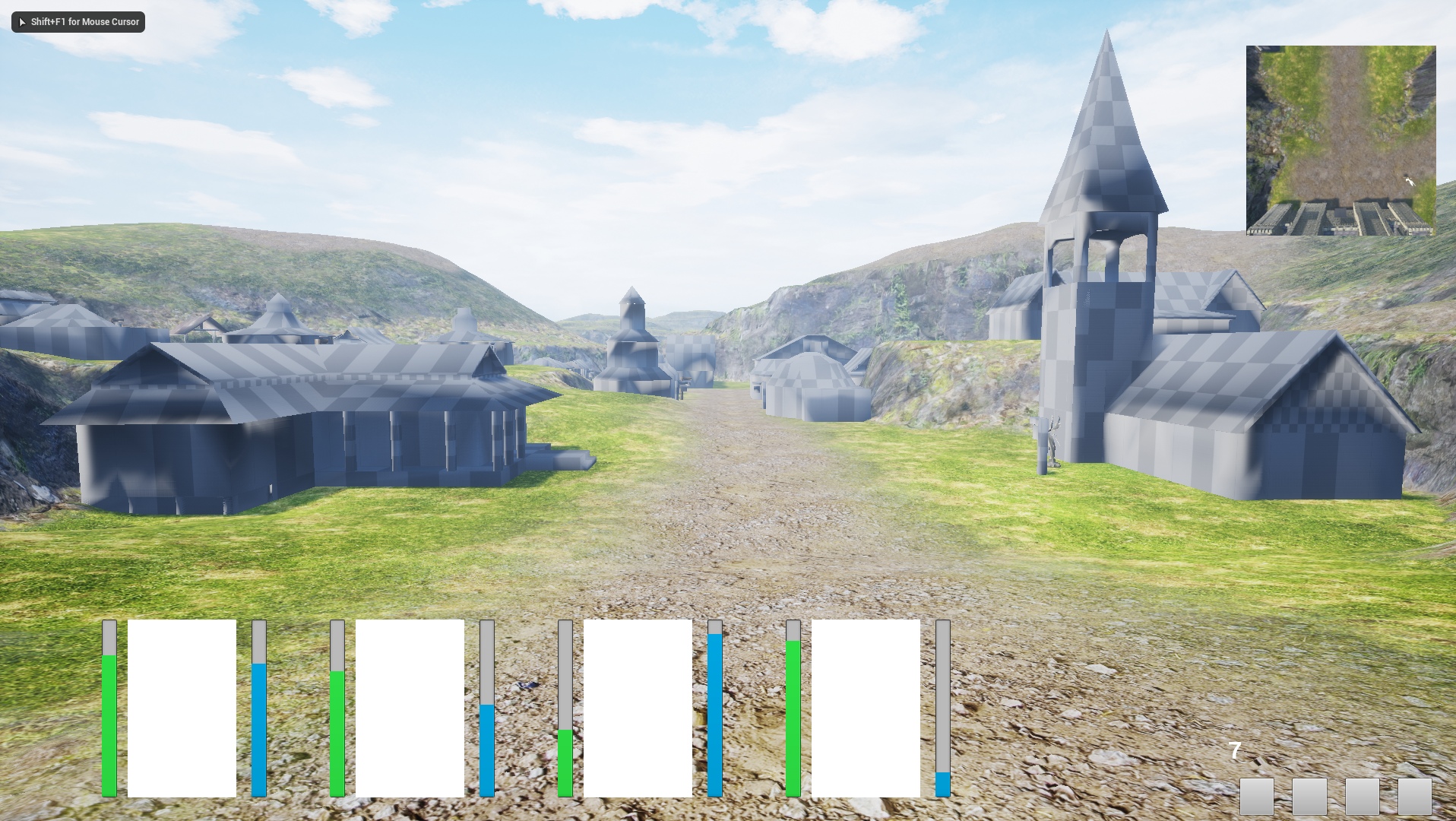 Hi! Amazing job! It’s certainly worth to try to finish the demo!
Here are few “pro” arguments:
1) that’s fun!
2) it inspires artists and people who feel “soul connected” with the universe! Really, believe me, every little screenshot made in new graphics (and you did it very well) is heating community’s heart
3) long term support for the idea of reissuing classic game in enhanced edition on a new engine. One day or another someone will realize how popular “MM678-merged mode” is, how many fans are still waiting for remastered version to appear.

So, good luck!
And please, share more screenshots so we can publish it around the internet to inspire people! Some of pictures already look like a ready artwork, if to put out the white portraits! Looking forward to see more!!!
Top 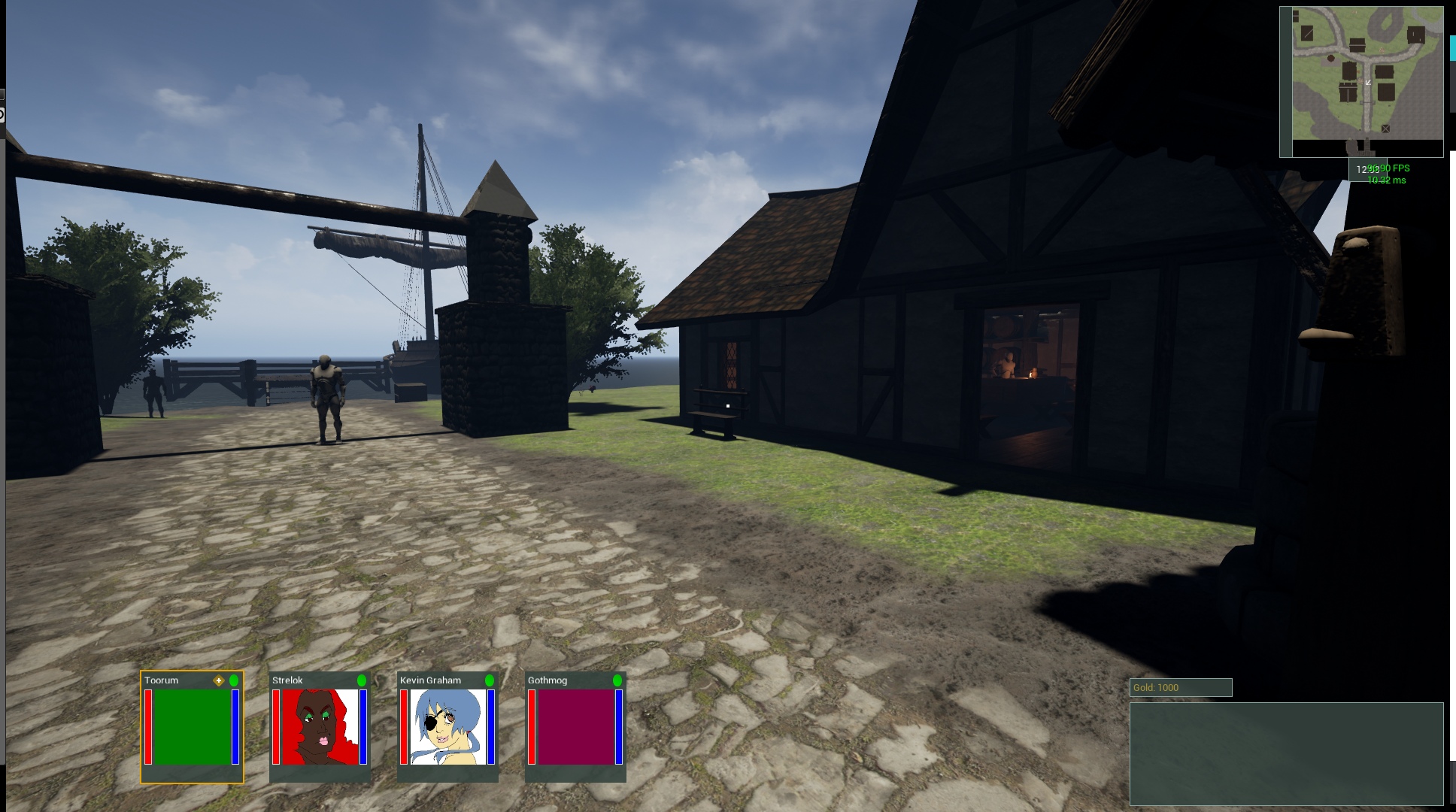 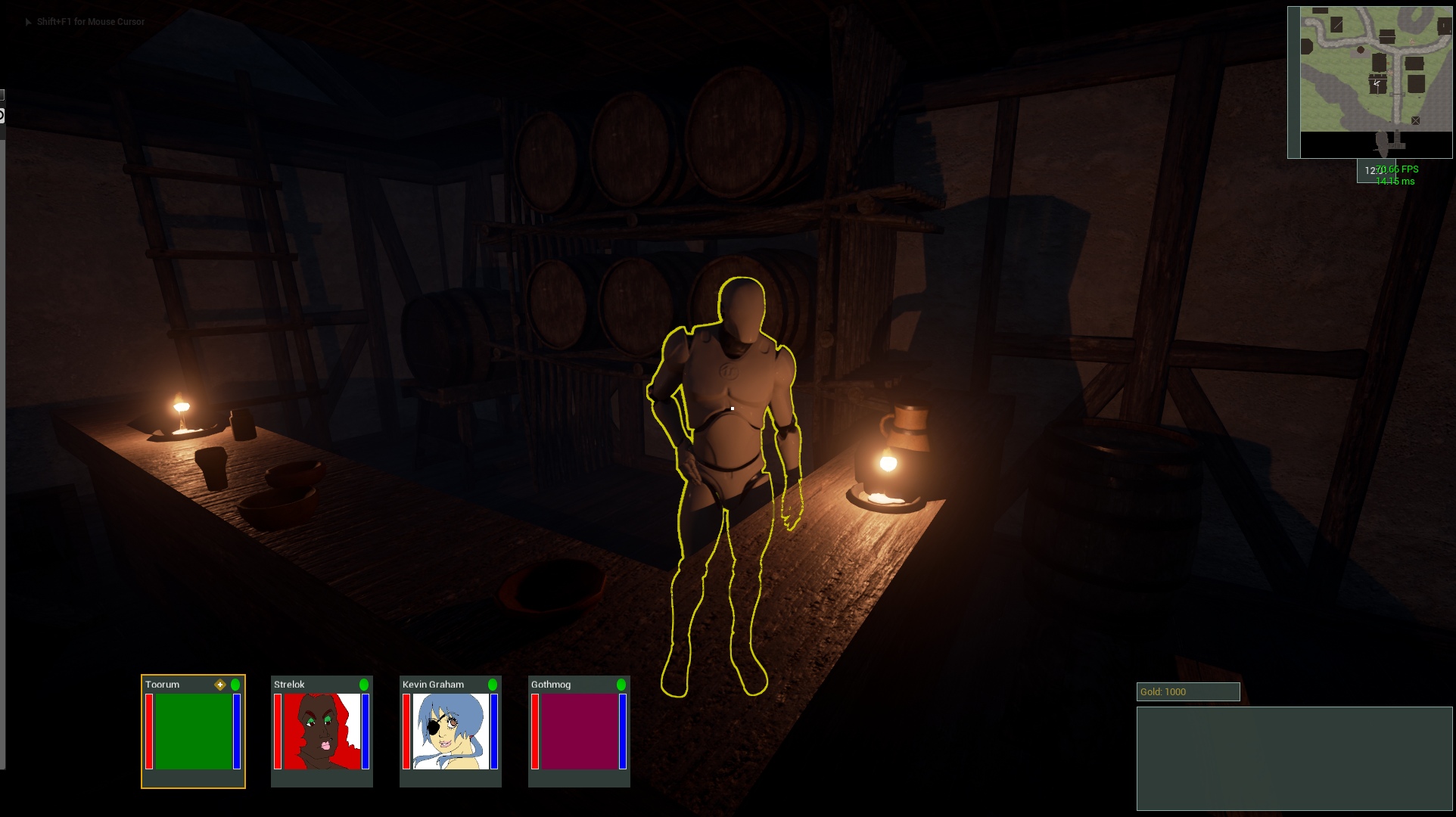 The first iteration of the dialogue system has been completed.
The basis of the interface and base mechanics has so far been borrowed from the old project - NewNewSorprigal, but has already been modified and changed for my purposes, including Communication in a tavern, shop, and in other houses with NPCs, not with "Doors" =).
Top

I don't know if you seen it, but I also recreated New Sorpigal location (MM6) in Unreal 4 engine.
My goal was simpler then yours. I just wanted to walk on it
https://www.celestialheavens.com/forum/10/16807
(some other members also posted their UE4 versions, so don't be confused by their and my images, in later posts).

Anyway, what I like in your version very much, is that you preserved design of the original, yet created a new houses.
I also like that female 3D character. It suits perfectly style (now we just need a few more prettier ladies

).
Fantastic if you create a full finished demo of Emerald Isles.

What I DIDN'T LIKE in New New Sorpigal demo, is that the geography and structures changed game so much, that it was not recognizable by me.
I just can't figure out the locations, it looks very different. Also gameplay looks way like some other game.
I respect their effort very much, though, and I am grateful that they proved source code.

From the other hand, from your screenshots I recognized Emerald Islands on the first look.

Everything was familiar and recognizable.

Please, stay on the same path in the future too.

All locations were redrawn by me, the buildings are built similar to the original, but at the same time, they are real in size inside (Example: Tavern).

That's great.
Are you planning to do that for all building and structures?
If so, how would you make, for example, castle Harmondale real size, and wouldn't that affect geography too much?
It would probably change the map size.
----------------

Just a simple suggestion.
I know it's too early, but I think lightning could use some improvements.
You need to raise Skylight a lot. Seeing these dark values in shadows (especially on daylight), makes your screenshots looks like much older games, then they should.
With just a few tweaks, you can advance looks of these screenshots, like the game is much newer, then it looks now.
If you want, you can copy-paste lightning from my project, I also created Day-night subtle changing all the time.

but whatever...
For starters... just boost up that Skylight - A LOT!
And it should already be great improvement on look. 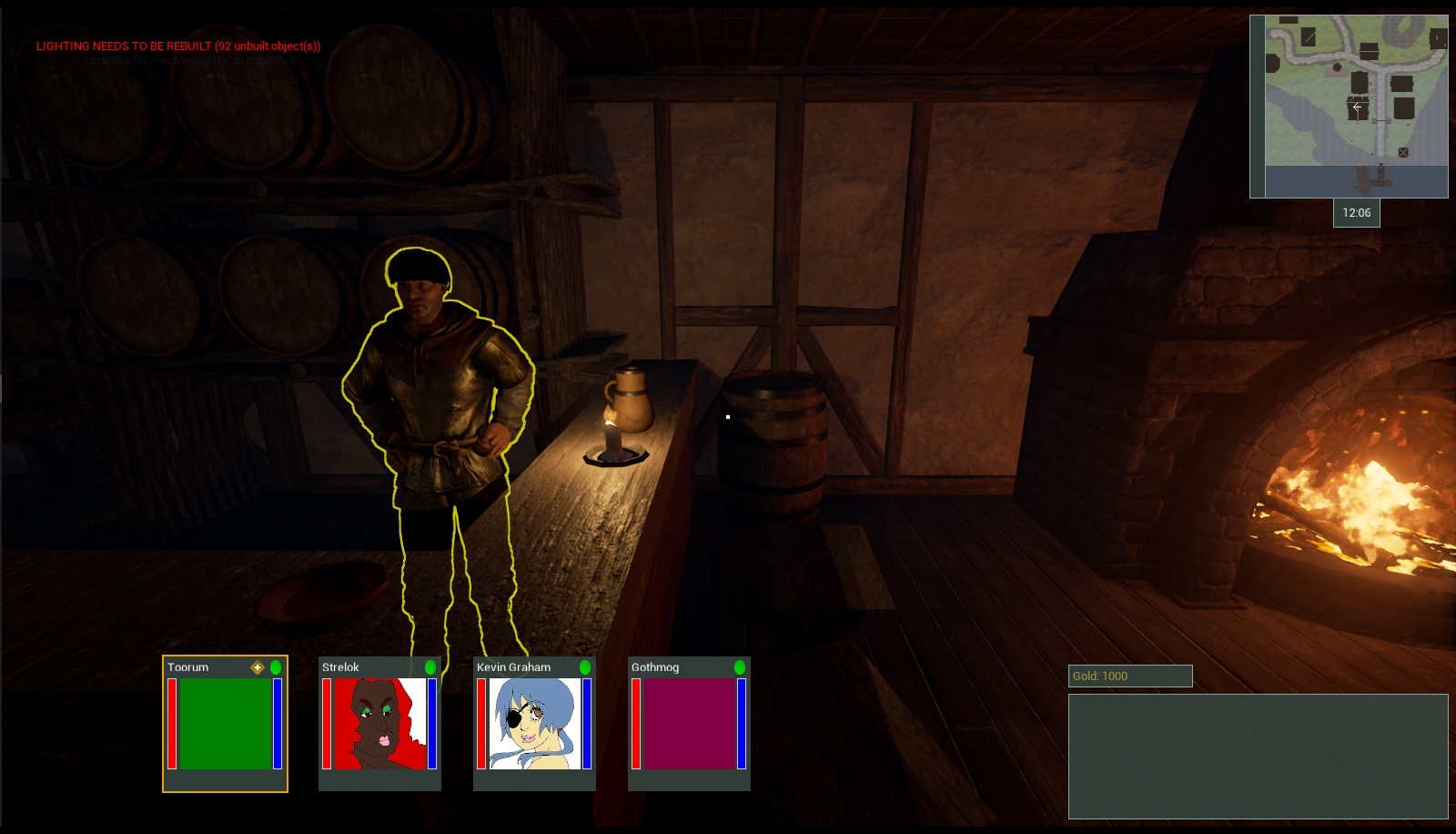 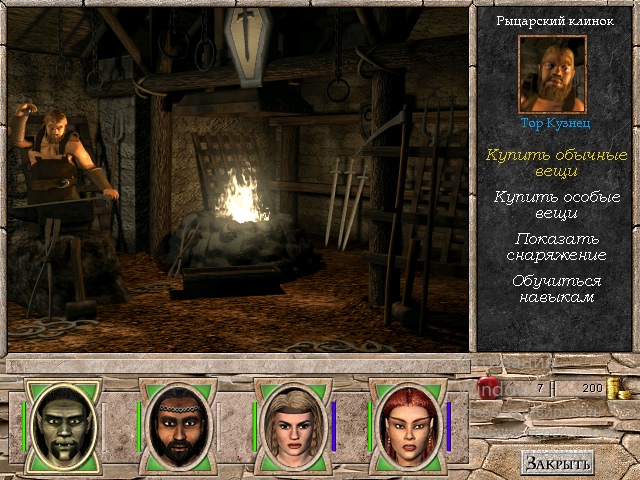 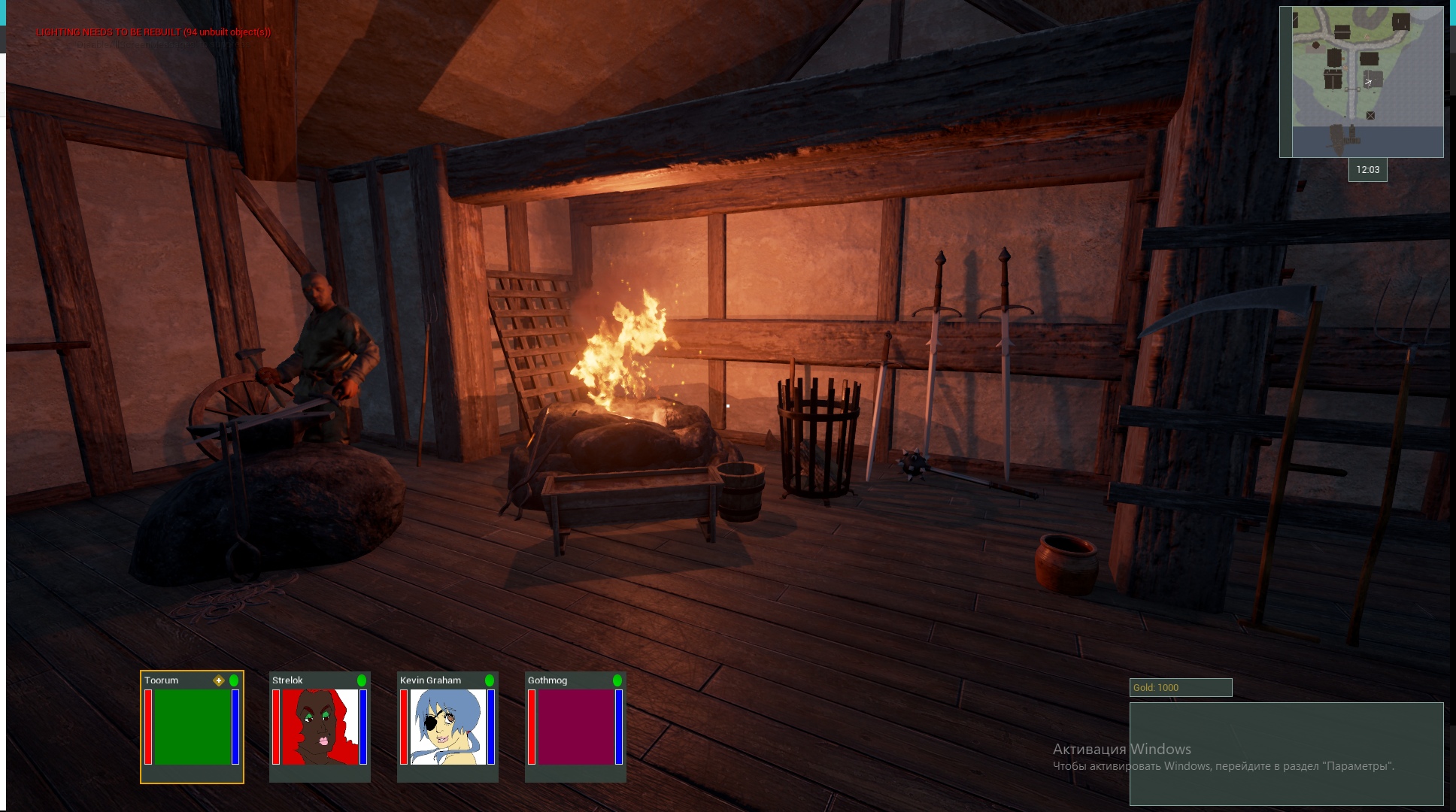 Even if you won't finish it, you will get some experience. I have last time thoughts about to make some RPG like MM6-8 on UE4, but the biggest problem is to make all technical base. I'm mainly graphic designer, not programmer etc.
Last edited by J. M. Sower on Dec 12 2020, 21:56, edited 1 time in total.
Rebirth of M&M8
M&M7 Extended Edition
Monsters Portraits script v1.1
Top

Might & Magic 7 RE: Blood from eyes - Alpha Build 1
https://mega.nz/file/VJ8R2TBS#yJN5e5gIu ... pffuDyHamo
It is still a very raw version, but it will be easier to feel it than just look at the screenshots. In general, such a raw build with the first locations - Emerald Island.
Moved everything to UE5.
Step-by-step mechanics - completed.
Pumping levels (from basic to grandmaster) - completed.
Basic monster AI - completed.
NPCs walk and roam.
Armor store - in test mode.
The tavern is in test mode.
There are not many spells yet, but they are being worked on.
Alchemy is in development.
Quests - in development (quest log completed), while writing scripts for the emerald island.
So far, I’m generally thinking whether it’s worth bothering with facial animation (There is an opportunity to make a “such-to-myself” Mo-cap, but I don’t even know which is better. Crinkly animation, or its absence.
P.S. The first loading of a level can be long. Optimized in a hurry.
Top

Hello,
Today I woke up, and I had a dream about MMVII, my all time favorite game. So, I decided to try and google if there is a remake, and that’s the way I found this thread -and the forum-.

I love your idea, MM VII is a great game and deserves a remake, even a community-made one (that could be even better).

If there is any way that I can help, even though I’m not qualified to develop a game, please let me know.

Thanks for giving me hope!
Top

Impressive. This is one thing I've never seen before regarding M&M:
You've solved the Scale adaptation problem of the world settings (especially the exteriors, but also the interiors just a bit apparently) in an unprecedented way (at least on my perspective). Maybe this is just an allegoric analysis of what truly happened there, but I'd say: by fairly expanding the empty space in-between elements, and then maybe just slightly reducing the size of the people, you kind of grasped the wideness of spaces that I believe we tend to feel in the original Blobbler CRPG that is MM678—which is in 1st person, but where our point of view is somewhat of a giant in relation to a smaller ('miniature') world, especially the buildings (and this is the reason it felt good although surrealistic in terms of spacing). Maybe, this has also something to do with camera 'focal length' (I know for instance MM7 used two different values, one for the Region Maps and the other for the Dungeon Maps), but I guess this is would be just an accessory thing.

I think that if anyone tried to simply translate the scenerii of MM678 in a more direct way, it would not work very well. So, you've achieved a major success on Composition artwork there! ¡Congrats!. I hope you're doing well on this fantastic project.
Top

All Buildings on Emerald Island - Complete.