I've upscaled all bitmaps and sprites by X2 and made the game handle it. Now MM6 looks smoother.
Download
Requires MM6 Patch v2.0, MMExtension v2.1. (or higher versions when they are out)
Incompatible with MMEditor!

960x1280
We can using this with high res mod? Is it posible only interface intems videos x2 and look in hires?
Top

It's not related to high res mod. Angeldeath's high res mod can be used with it as always.
My patches: MM6 MM7 MM8. MMExtension. Tools. Also, I love Knytt Stories and Knytt Underground. I'm also known as sergroj.
Top

I know it is not the same. :-) But Im affraid that interface look will be like this : 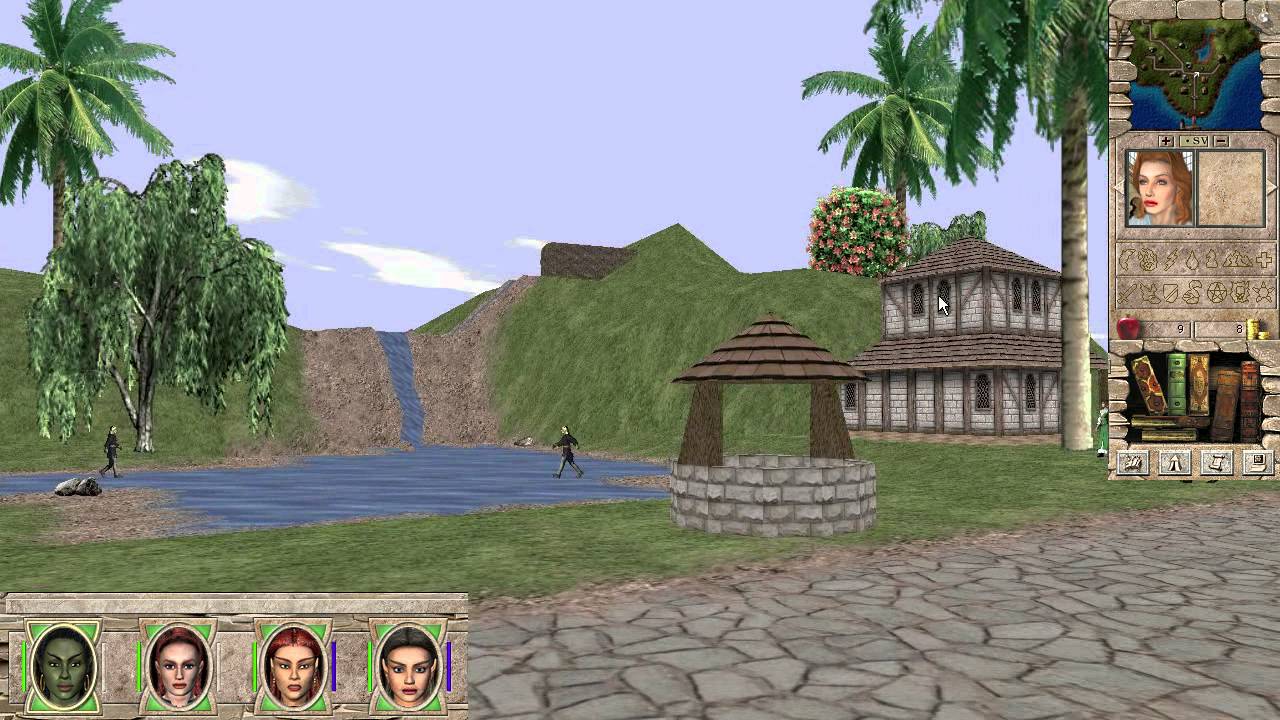 Your interface look x2 and hires world look x1 but more world like in picture.
So we have.
1. Old version.
2. HD version like this.
3. HR world + HD other v.
I must try all three.
Wonderful! All good news last time in MMWorld!
:-):-):-) I like this!
Thanks for all creators:-)
Top

That HD mod I think was only for MM7. Angeldeath's one just scales the game in windowed mode. My mod is made because MM6 doesn't support hardware 3D, thus has no texture filtering.
My patches: MM6 MM7 MM8. MMExtension. Tools. Also, I love Knytt Stories and Knytt Underground. I'm also known as sergroj.
Top

Ok its very very useful! But I dont understend how is Angeldeath HS mod in this case? Its not the same like MMVII? Bigger look? "Smaller" interface?
I want to try using your icons.lod but old sprites. It will be I think normal interface but 2x "smaller" world. Interesting way.
And 2x2x I want try too. More options more satisfacion:-)
Top

Thanks. I used HD mod without new bitmaps and sprites and I have all x4 and halfing world :-) 4 doors 4 windows in the same place :-) Funy. I thought about bigger look like Angeldeath's MMVII but interface like HD mod... If it will be possible.
Maybe in game controls.
1. Standard look
2. HD look
3. HD interface videos etc. bigger look like Ad's MMVII...
Top

GrayFace, with the MM6 HD Mod, it says you need MMExtension 2.1, but is not compatible with MMEditor.

And I have no desire to do any modding myself, I just want the prettier graphics. : )

MMExt and MMEditor are separate downloads. Current editor version would have problems with import/export of maps, that's the only incompatibility. Future version is compatible.
Also you should install the next patch version once it comes out, it fixes a crash.

Your next patch beyond 2.0?

What is the schedule for the next patch?

Also, curious, but what is causing/when is the crash happening?
Top

This mod seems to crash my game. During gameplay, I would crash whenever I entered some indoor places, such as Castle Darkmoor, Temple of the Snake, etc. I have MMEditor-related files in my MM6 folder - Could that be the cause of MM6 crashing, even if I wasn't using MMEditor at the time? I even tested the mod by removing all files related to MMEditor and I still crash.

Perhaps it's something wrong on my end. Here's my setup:

- I use NoCD = 1
- AngelDeath's mod installed so I can switch between windowed/fullscreen
- My Dad recently used Elrond's MM6 Editor to buff some items and maybe some other stuff. Could this be the cause?

I just re-read the thread. @ Grayface - You said your next patch would fix a crash. Would it be this one?

I've posted a fix in another thread, but didn't mirror it here:

Thank you! Thank you so much! I had found the first link but I never saw the second link!
Top

Redownload the patch, there was a dangerous bug in that intermediate version.
My patches: MM6 MM7 MM8. MMExtension. Tools. Also, I love Knytt Stories and Knytt Underground. I'm also known as sergroj.
Top

Got it. Thanks!
Top

limerx wrote:Hey, the download link for the HD mod is now giving a 404,is anyone able to produce a mirror please?
This was the link - MM6HD