I done some upgrades in the past to sprites.lod file...
But now when I do tree01.sprite.bmp replace for differend texture save as 256 color bmp file
this file lost his image quality and colors.

Question is how to save bmp in 256 colors but not lose image quality,just like on orginal sprites.

I ran into a similar kind of problem. I was trying to replace human peasants (the Regna peasants) with mercenaries. After that I am planing on replacing mercenaries by MM7 swordsmen so that in the end I have swordsmen insead of peasants. The new Regna peasants would look like mercenaries whilst at the same time I could still use them as opponents.

What happenes after replacing peasants with mercenaries is this: 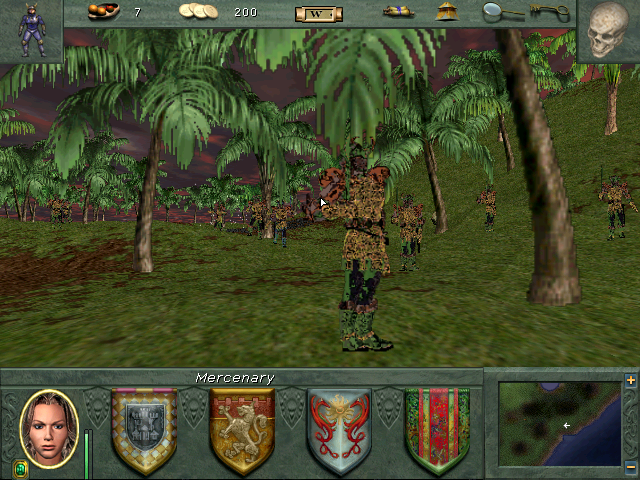 They look kinda cool in a strange manner but it's not what I wanted.

Does anyone have an idea what to do about it? I already tried giving them the same palette as the peasants had before. It's all at 256 colors.

Since the mercenaries come from the very same game I thought it wasn't too much of a problem to do this.
Top

Lol, They looking mega!!! I want this unit! Dont miss it! Save it!
Pallette problem.... Maybe you must replacing pallette? You must find peasant pallette and replace by merc. I dont know. Maybe you copy paste to small or to much?
But this unit I see is it what we want! Super! It may be Jadame orc! I like it more than merc!
I suggest replacing behemots, ogre mages or ogres. Two the same unit is not necessery.
Troll peasnt too. We have troll fighter and its enough. Elve peasant too. We have elve warrior.
And other units and add units like this you built! Thats it!
Top

I tried replacing the palette but it didn't change anything. Going to try it a bit more tomorrow.

First have a closer look at the monster I created and think about it again. 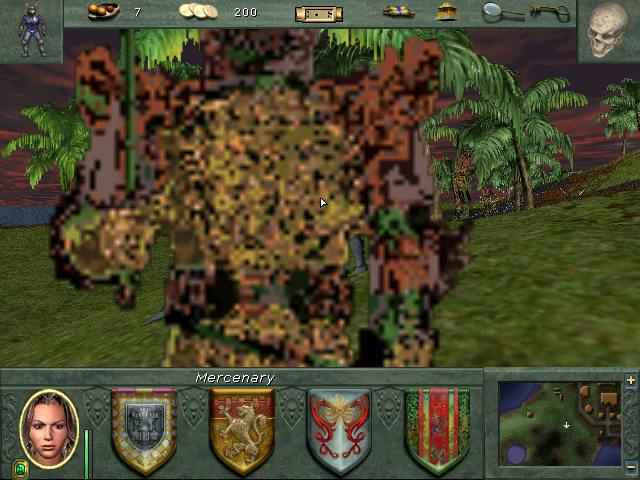 :-):-):-)
I dont know how you do it. You must try. You only copy paste peasant and mercenary stats in table monsters?
Top


Edit: Ok, taking the palette of the peasants did the trick now. I thought I already tried that out but I seem to have not.
Top

So you must find both palletes and replace it too... I dont know how find. Maybe number is the same?
You can remove units using GrayFace Editor! ONLY NUMBERS AND ITS DONE! No sprites manipulation. See there:
http://www.celestialheavens.com/forum/1 ... ?start=120
They can separate this because its hard to find.
Top

No finding the palette is actually pretty easy with a tool like IrfanView. For example if you want the palette of mercenary, you open one of the bmp files in IrfanView, export the palette. Then you can import it to any other bmp you would like.
I guess I need to get into MMEditor now. ^^
Top

But how is number of pallete in game! You must put it in right place.
Yes MMeditor you mustnt make new game you can use it only to replaceing monster! I think its extremly easy. And fast.
Top

I managed to replace mercenaries with crusaders from MM7. At the same time I replaced human peasants with mercenaries again. 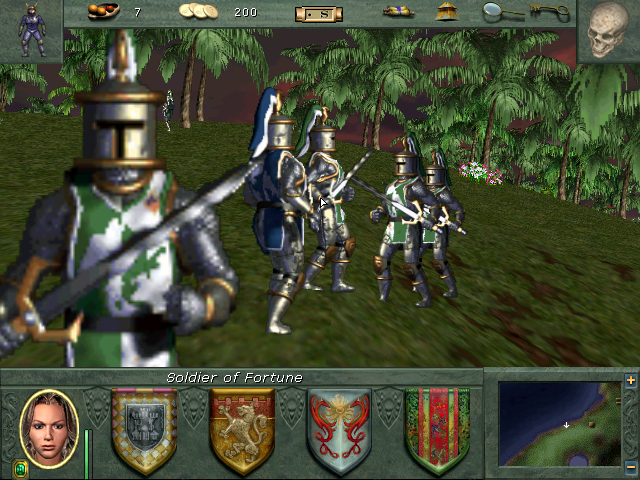 Pallete is right so success! You must replace sound effect too because iron sound of armor is characteristic.
Top
Post Reply
12 posts • Page 1 of 1