From what did you inspire to create Dark Messiah? Any movies, games, famous novels? Do I really see some similarities with KOTOR Jedi Academy? 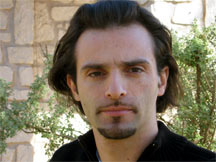 Raphael Colantonio: In term of visuals, we’re usually attracted by a Dark and realistic style. So, an obvious inspiration for us is The Lord of the Rings trilogy:it was one of the first to bring this realistic and treatment to a fantasy universe, which was also what we wanted to do. We also try to create believable environments where you can feel that people are living. we really love games that try to simulate a world instead of a gameworld composed of bland areas filled up with monsters.


Is Leanna's role similar to Alyx's in Half-Life 2? Is she a love interest, or maybe a fighting NPC?

Raphael: We cannot tell much about the plot of the game here, but I can tell you that Leanna will indeed help you in your quest. But you will also have to protect and help her at some points…


Will players be able to ride horses, as hinted in one of the GameSpot movies?

Raphael: Well, not really. You ride a horse at the very beginning of the game; but you cannot control it.


A lot of people experienced slowdowns with the singleplayer demo - how confident are you about the improvements with the final release?

Raphael: We worked a lot on the game since the demo, and we fixed many of the problems that people have experienced with it. We also made many optimization rounds since then so I think most issues are fixed now.


Were you able to bring to life every idea you had for Dark Messiah or did you have to toss something because of lack of time or it was impossible to be done? If so then what exactly?

Raphael: The final game is pretty close to the initial vision in terms of what nature of experience we wanted to create: We’ve always had in mind the multiplay style, the first person melee combat, and the highly simulated environment (mainly with the way AIs react to their environment, and the way the entities can be manipulated by the player). The intense usage of physics came a little later, when we realized how powerful the engine was. We also adjusted the combat rhythm a little later, when we realized that some combats were too long. The only things we cut are probably content related, but nothing in terms of feature that I can think of, beside the shops because they were not really fitting with the rhythm of the game.


What was the most fun thing to do during the development? Do you recall any special moments that you won't forget for some time?

Raphael: I clearly remember when we discovered how creating an icy surface made the the orcs slip on it. I think it was when we realized that we were right trying to create a simulated world where everything was possible. This was really fun. Also, the very first time that all the fighting mechanics came into place and that we realized it was actually going to be fun and unique!


How did Arkane cooperate with Kuju? Did you have any contact with Nival who developed HoMM5?

Raphael: Most of the process went through Ubisoft. Regarding the MP, we gave some feedback, parts of our assets, and some support.
We had no contact with Nival, because both games are really different and sharing our ideas wasn’t really a priority in this regard.


Are you following what fans are writing about the game in the Ubisoft forums or anywhere else?

Raphael: Yes of course, we pay a lot of attention to what fans are saying. We are also very curious and enthusiastic about what the guys have come up with by modding the demo. We’ve seen many crazy videos around on YouTube…


What will you do after Dark Messiah is out? Would Arkane be interested in creating Might and Magic X?

Raphael: Yet to be determined...