Favourite/Least favourite...
34 minutes ago by eighteafive (77 replies)
in Might and Magic
First post here (cannot believe it took me this long to discover this wonderful forum). I hope it isn't...

In this map, you are given several small quests. The first is to gain control of the area around your town, flag mines and take forts. Start with resources. Remember, conserve your troops; the minotaurs are quite tough and should perhaps be fought last. The Shrine of the Seventh Dragon is a level-up structure and should be saved for later, when levelling up gets harder. It's not even needed in this map since you can reach the level cap by fighting, so best to save the money.

Once you have control of the area, a new quest is to appoint Ymoril as governor of the town. To do this, have her enter the town and drag her image to the circle in the top left corner. Job done.

When you're done with all the rest, attack the forts. The battles are easy and can even be won with autocombat if you have a sizeable army. Rebuild the forts to complete a quest. At that point, when Ymoril says «take my troops», you have to take all her troops and then the blocked garrison in the hills will open. Ymoril then becomes unavailable as a hero.

Past the garrison is a pair of golden dragons guarding a gold mine – they offered to join me for 29k gold but that was too rich for me, so I attacked instead. Continue and find the hidden resources just below and around the corner from the dwelling. That item is really nice. Keep exploring the area and grabbing resources. To the south is a Meteor Crater, giving starsilver. Capture it; those rare resources are important. With that in mind, build a resource silo in my town instead of a moat this time. You need resources to build your army and since this map is more about taking the fight away from town than defending it, go for resources.

Across the bridge are a couple of heroes from the enemy «House Materia» faction but they won't fight you, so go talk to them. After making a deal with you they will go back to their town and block the road so you can't attack it. Venture further south and pick up what you find on the way, including capturing the all-important Bloodforge, giving you dragon steel. Next to it is Plainwatch, the ruined fort. Rebuild it and ship in more troops. Wait for them to arrive. Now you're unbeatable. Head for the underground past the moving elementals. Search the crypt to find an item; you don't really need it, though. One section here is blocked off, so once you're finished in the underground, go see Masfar back in the Academy city to ask him about it. Also, remember that you can order more troops from home to arraive at the Plainwatch fort.

Masfar will send his apprentice, Gloria, to help you. Follow the pretty lass and she will make a path for you by showing off her fire magic. Awesome. Can't wait to learn some cool spells myself. Head down into the underground via the new entrance, pick up all the stuff and meet Gloria at the fire gate. Once you do, she opens the gate and traps you inside. Turns out, she was a demon in disguise. Who knew? 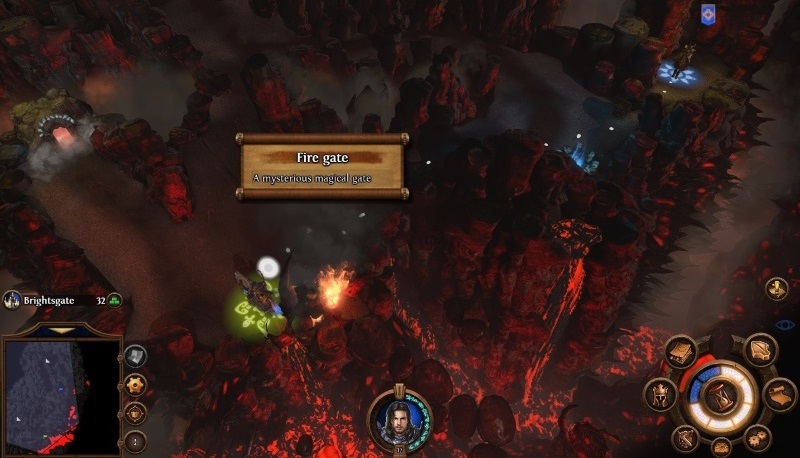 Now your mission is to save Ymoril, whom the demons want to kill as revenge against Tomas' uncle. Since Gloria blocked your path and there's no way back, go forward. To the southeast is an army of demons guarding a fire elemental, which must be set free. Attack the demons. If you caravaned in troops like I said, they should be no threat. Kill them so that Gloria is revealed as a demon when she meets her old master at the garrison.

You now play as Masfar, fighting a garrison battle against Gloria and her demons. You should win; her spells are powerful, but your creatures are even more so. My advice is: don't cower behind your walls, but send your fliers out to meet her. Masfar's spells are good, and those arcance eagles are like sending tanks into the O.K. Corral. Job done, map completed.

Favourite/Least favourite...
34 minutes ago by eighteafive (77 replies)
in Might and Magic
First post here (cannot believe it took me this long to discover this wonderful forum). I hope it isn't...