Welcome to the Stronghold campaign. This faction is about strength; attack strength and bloodlust rather than magic - although you do have some access to that as well. As a general strategy, you can build strong hero attacks and focus on boosting your creatures with lots of attack and defence.

A bit about the creatures: The brutes are your rush units. They have good attack stats, but aren't too good at defending. The gnolls are not very good but you can get a lot of them, so they can be put in the back ranks and shoot. If you can buff their attack in combat, having a high number of them suddenly becomes a good weapon. The harpies are fairly quick and they can use their strike and return ability, which is great when fighting creatures that have already retaliated. They're fragile, though, so take care of them. The centaurs are excellent shooters and they are difficult to block since they move when you attack them in melee. These are the creatures you will rely on the most in the campaigns, along with the wyverns (fragile, but fast and venomous); the rest are basilisks (great units, but expensive), cyclopes (very strong units with a powerful melee attack) and behemoths (sturdy, strong with great staying-power).

You start as Imani, who has 4 weeks to rally troops in the shape of gnolls, centaurs, harpies and rakshasas in a rebellion against their former wizard masters. Unlike map 3 of the Academy campaign, the deadline is very clear this time. Also, you are early on given a message that it may be a good idea to pick your battles and focus on the important ones – the small size of your army suggests the same. Gold and artefacts are important, but otherwise you should keep away from the difficult battles. Make sure you stop by boosters whenever possible. Also, don't plunder mines – it takes too long. So start moving north and pick up resources as you go. I recommend levelling up Imani in defence, as this will help you sustain fewer losses.

You will almost immediately meet some caged gnolls, and Imani seems to have a way with words (despite being an orc), so they will join you. Further on, get off the road and visit the Blacfang Hideout. Academy heroes will start patrolling the roads soon. Avoid them if you can (if you can't the armies are still manageable). 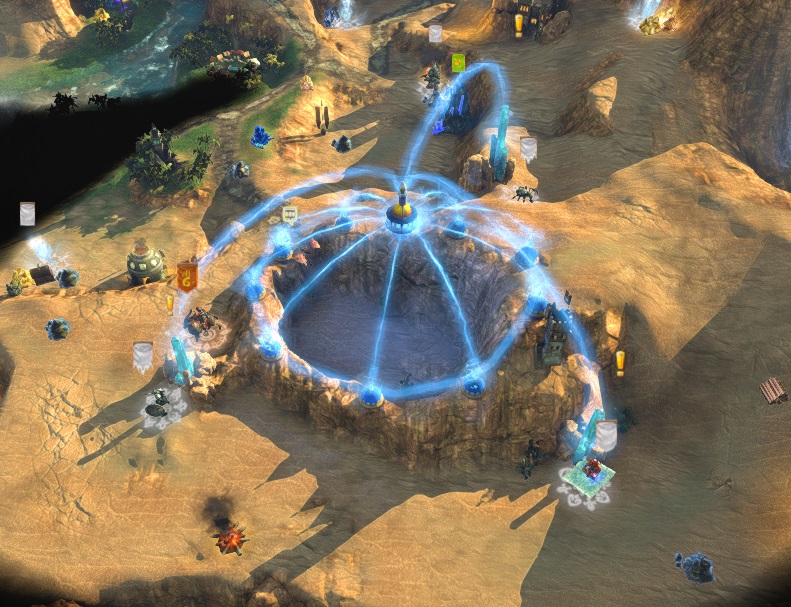 Further south, you find some harpies in a magical cage. Those wizard slavers are starting to piss me off. Do as the harpy suggests and destroy the pillars around the cage. I would take the easiest battle first – the skeletons. Imani doesn't have much in the way of spells, but she has a decent hero attack, so use that for all it's worth. Let the enemy come to you and remember that taking out a stack gives you a morale boost. After the first battle, kill the spiders to the north and the cage will fall, giving you more troops. Moving west, I was encountered by a patrolling hero on the bridge, but it was a fairly easy fight. Ooooh bridge fight!

After crossing the bridge, you spot a pyramid. That's a catapult in wizard speek. Looks like it's powerful enough to destroy a dam just north of here so that you don't have to faight your way through all those pesky spiders. Move past the catapult and talk to Reem – she has the same idea. Taking on those genies was pretty hard, but I took out the apprentices first with hero attacks and then focused on the genies. Then I could use that pyramid to free the centaurs. After doing that, talk to them and they will join you. 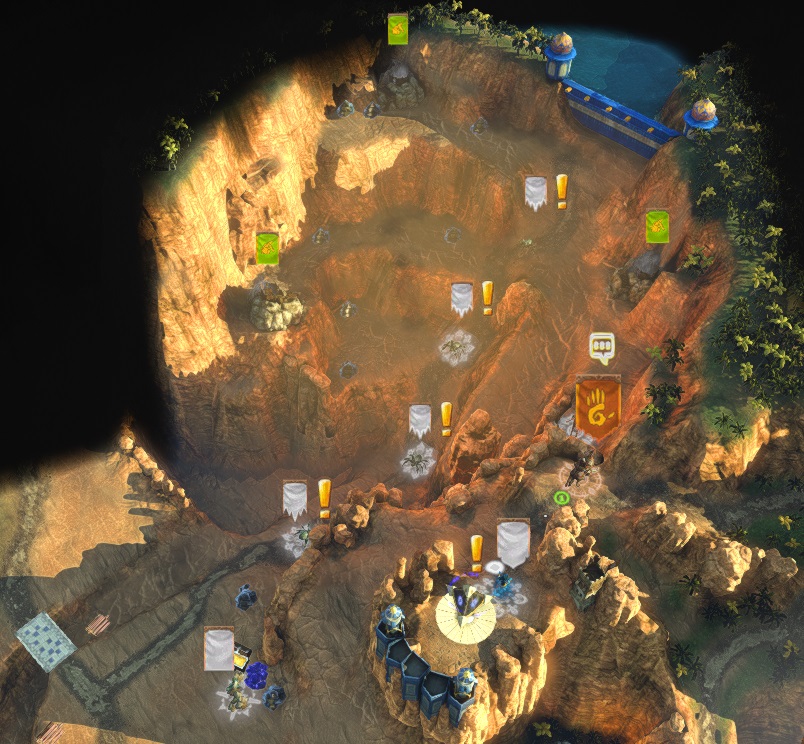 You may have noticed that lack of troops is beginning to be a real problem in this map. That final map is going to be impossible at this rate... Where can you find new ones? Well, there's an Elemental Conflux just below the catapult/pyramid. Those can be hired for money and resources.

Only rakshasas left now. Move west across the other bridge and proceed towards the statue of Qasim. If you still have units of different kinds in your army – notably centaurs and harpies – it will fall. Then walk across it. Talk to Asad nearby the fort and fail to get him on your side, then fight his army of Rakshasas. These are fierce creatures; fast and strong, and with no retaliation. Still, if you have recruited some of those elementals, it should be doable. After the battle is won, the map is completed with the usual «lesson» for Ivan. What is it? Well ... that's for you to figure out. 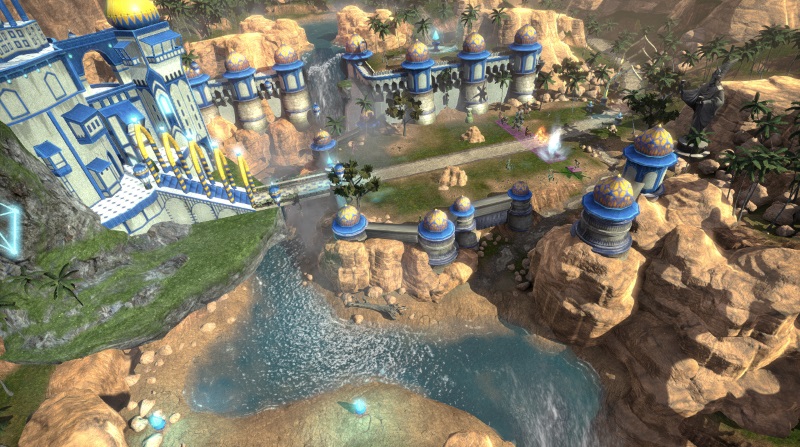