Where did the time go?!
20 minutes ago by JSE (2 replies)
in News
It's really great to hear from you, and it's also great that you are feeling better health-wise! Thank...

Looking for "Feedback and betatesting".

Lorcan is looking for feedback of his new game, if you would like to betatest you can apply to him - by sending PM. Or join the disscusion to help him making the game better.

Read on: Arcante - A Might and Magic inspired game

Michael Wolf (Level Designer) on Heroes of Might and Magic 3 Map Making, Part 1

Michael Wolf (Level Designer) on Heroes of Might and Magic 3 Map Making, Part 1

Guys, girls and dinosaurs, it's HeroofPunk (and I really wish I could go by another alias by now..) I present to you, Michael Wolf!

Michael Wolf brought us maps such as "Twins", "Heroes of Might, Not Magic" and the "Secret Campaign" from Armageddon's Blade which brought us a good play, but also some good laughs.

So, Tim Lang (our interview with him can be found HERE) decided to set us up and this is basically the result. We put a lot of time into discussing the Map Editor and how you make a good map, but also got to know the really funny internal name for "Shadow of Death".

This saturday, we will be recording our second interview. This time, we will head back to Heroes of Might and Magic III and talk to Michael Wolf who was one of the level designers (map makers as we call them around here).
Just like last time, we want to make sure that we get your questions in on our interview. So therefore, we decided to post this piece of news to see if you have any questions to Mr.Wolf. He is still an active map maker, but is also open for questions around his career, the map editor and his time with NWC! 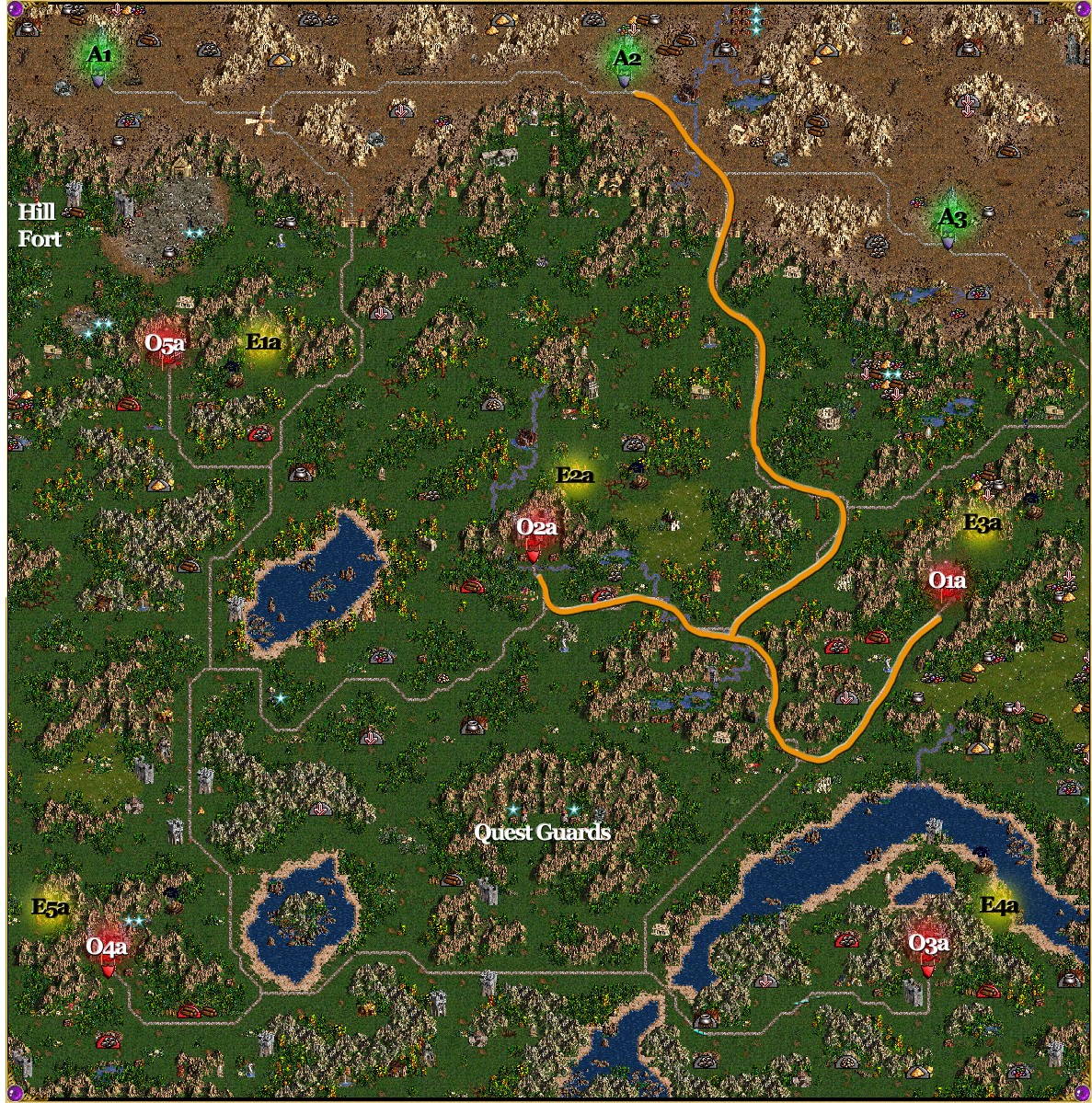 Second letter arrived to our mails!

Showing that we continue but are not over 50k subscribers yet. Spread the word and let it check, on selected questions: 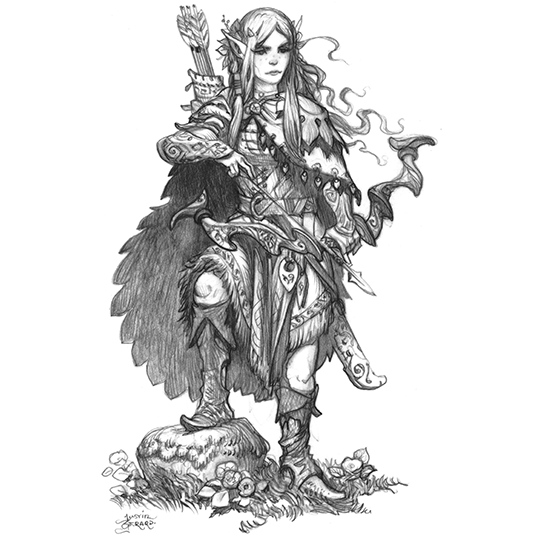 You can browse the full gallery here.
And you can subscribe there. Whereas seeing the full letter in there.

How about a day and night cycle where creatures change abilities based on the time of day, like vampires or werewolves?

This is a good idea, and when I was originally brainstorming Fanstratics, a day and night cycle was one of the original features. In the end, it was cut for a number of reasons, but the biggest was ‘too much complexity within an already vast game’.

As stated, day and night cycles are very interesting because of the ‘transformational’ opportunities for specific troop types; playing one way during the day, and playing another way during the night. Armello touches upon this, and it looks like Songs of Conquest may be doing something with it as well. Truthfully, it’s a central mechanic around which an entire game could be made.

I loved the hand-drawn artwork of Heroes I & II, the realistic look of Heroes III, and thought Heroes IV was OK.   While the scenery in Heroes V was really nice, I was less keen on its exaggerated, anime-style characters.  PLEASE give us Heroes II or III graphics. No Japanese inspired cartoons.

A TBS game like Advance Wars, originally made for the Game Boy Advance, can easily get away with an anime or manga art style because... well... it was for Nintendo.  For a more modern descendant, see WarGroove, which started out on the PC, but was clearly made with consoles in mind.

With the right artists, I think a cartoonish art style could work, but in the end, it really comes down to ‘public expectations’ and ‘appropriateness’.  Without a doubt, Fanstratics is a fantasy war game, for the PC.  So, a certain level of seriousness is expected.  As you can see from Justin Gerard’s concept work, I’m aiming for an art style similar to HoMM3.  It’s essentially an old school approach, deriving its inspiration from 1st and 2nd edition Dungeons & Dragons.

Will there be a Forge-like faction?

I’ve thought it over, and this is what I propose for those of you who can’t get past the game’s name.  If Fanstratics becomes a top ten crowd funded video game, I’ll put the name up for a vote, and let the backers make the final decision.  Using a double elimination tournament system, Fanstratics will be required to run a gauntlet against three other potential game names (I promise to put significant effort into the three alternatives (community suggestions welcome)).  Here are the top ten most crowdfunded video games of all time (Star Citizen and Shroud of the Avatar don’t count).

Are you looking for Beta Testers?

As most people know, Fanstratics is currently in pre-alpha production.  We have a very long way to go before reaching Beta, and at this stage, it’s undecided how we will handle bug testing.  Dedicated internal? Early Access external? Combination?

When the AI is good enough to play against, my intention is to push FST into Early Access, where players will have plenty of opportunity to play test, report repeatable bugs, and give feedback.

What game engine and programming language are you using?

Currently, we are using Unity and scripting in C#.  Unless we are given significant reason to change, we expect to continue using Unity.

Shout out to Songs of Conquest.

There are more, very specific game play questions I have yet to answer, but I’m going to save them for next month.  So, before I wrap up, I wanted to give a shout out to Songs of Conquest (SoC).

I was doing ‘market research’ for Fanstratics, when SoC appeared on my radar, because it was characterized as ‘inspired by HoMM’.  After checking it out, I liked what I saw, and I have every intention of purchasing a copy when it releases next year.

It just so happens, in the first month after Fanstratics’ accidental announcement, one particular subscriber to the Newsletter caught my eye.  It was Magnus Alm, co-founder of Lavapotion, the developer or SoC.  I could have let it go... but instead, I wrote an email, said ‘hello’, introduced myself, and told them I was looking forward to their game.  Magnus wrote back, and since then, we have continued to communicate.

It may seem odd at first, but most game developers tend to be friendly with one another, despite implied market competition.  Why?  Few people, outside of game development, understand the highs of making a good game, the lows of making a disappointment, and the extreme effort required when crafting either.  In the end, it creates a odd fellowship born out of uncommon experience.

I sincerely wish Lavapotion the best, and would suggest checking out SoC. 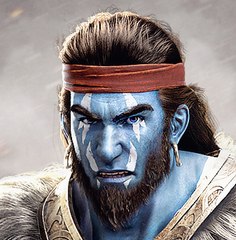 If you are inspecting Ubi's activity closely, you couldn't miss sudden appearance of MM:Dynasty Twitter account, quickly filling up with game enticements.

Art was always playing a strong role in Ubi M&M games (Do you remember MM:Showdown?), there's no different.

We can only wish Ubi, to not to forget on the strategic part, bug polishing and players!

Also I hope, spiders won't be presented here, as well, as they were not in EoC. Good Luck

The last one says:

The Blood Moon Eclipse descends upon Ashan, and the Inferno demons are unleashed. The war for Ashan begins on UTC 22/09/2020 at 04:00! 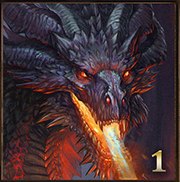 Iana Venge published on her ArtStation profile Heroes III illustrations from Dungeon and Fortress, how they would look when beeing done by her. You can admire her work here.

And trust me, there is what to admire ;)

Do not forget, that right up is always her commentary. Something small to taste you can see even under this article

My Comment: "Not only that Minotaur Kings are pretty intelligent, they can be the second most deadly unit after Black Knights."

The Dragon Fly concept is a bit of a similar to EoC one, no what I would prefer, tail shall be a tail only. And one more for horned dragons.

Lastly, if you check her portfolio completely, the most touching image for me is Tea Party. ;)

I would classify it like only touched by Heroes, as well as Warhammer and some other games of the past. Blake elaborated more about it here, in our forums. Go on here, to see more!

What does matter is, that this game stay on it's own. If you like Heroes, you might like this one too. Freshly released by Kalypso games. Looks sturdy and alive. Featuring Necro all the way!

Check these gameplayes at twitch:

There's also soundtrack available, to get the vibe and can be bought over steam or Kalypso Shop.

Is that dark enough?

Have a nice weekend and lots of fun!

Tim Lang, lead designer of Might and Magic IX and owner of DungeonByte sits down together with Max Ygdell (HeroOfPunk) from Celestial Heavens to discuss the legacy of the Might and Magic games, retro gaming, Star Wars and hockey in this down to earth interview.
Enjoy!

Please let us know what you thought in the comments!

New interview is being schedueled!

Celestial Heavens is currently working on schedueling our next interview. Our next guess has worked as a level designer of the glorious Heroes of Might and Magic III.

What questions do you want us to ask for our next interview?

Where did the time go?!
20 minutes ago by JSE (2 replies)
in News
It's really great to hear from you, and it's also great that you are feeling better health-wise! Thank...