heroes V collectors edition keyboard...
Today, 03:41 by needwyee (29 replies)
in Heroes V-VI
Hello! I am a newcomer and hope to gain experience!

The Merge Convergence (for the MM8...
Yesterday, 17:13 by NotABroom (27 replies)
in Might and Magic
Oh my god, I think I just found out what I'm going to be doing next weekend. This looks glorious!

Q&A with the Masters of Sighisoara

Back in 2009, CH member HeroofPunk announced his intention to create a whole new continent called Sighisoara. Joined by fellow map makers Maygwan and Yurian Stonebow, the team have since created a whole series of maps for Heroes III. What follows is a Q&A about how it all began, where the project is now and where it is going next ...

Tell us a little about Masters of Sighisoara, how did it all start?
"Well, for me it started with a fantasy map being painted in school. After that, I got home and realised that I wanted to create my own fantasy world, and since I had some earlier experience of map creating in the Heroes 3 Map Editor, I decided to go with that.
I also knew that I would need some expert guiding, that was why I contacted Yurian and Maygwan. It really just developed from there and I got more and more into the world that we have built up around the campaigns and scenarios."

You mentioned earlier in the thread that some custom music could be made for the campaigns, what is the current status of that?
Well, as you may know I posted a clue (I only left you with the letters PAR) in the Masters of Sighisoara main thread. Well, it actually has to do with the custom music being made.
And it is my honor to tell you that we will be getting a custom made campaign song for our third campaign (yes, there will be another one!), composed by none other than Paul Anthony Romero! So that feels very huge for us. Both Yurian and I are finding his work inspirational and I practically grew up with some of his tunes (my favorite being Necropolis town and Evil theme from HoMM3).
I have also been in touch with a friend of mine and we have together created some more customs songs to be released with Masters of Sighisoara III.

Your team just released the second campaign in the series, what do you have in the works now?
We have been working closer together and more effective then ever the latest month now and we currently are working on Masters of Sighisoara III. Map 1 is a 0.95 version for now and Map 2 is something along the lines of 0.75, map 3 is currently in a 0.25 state. I myself are in good contact with Paul Anthony Romero and have received the recording of our very own song composed by him.
We are also working on a wiki for MoS and it can be found here. It is not fully finished yet, but you can read up on storylines, quests from the first campaign, see pictures, read about certain artifacts and relics, heroes, campaigns, releases, everything will be posted and updated on there, so keep checking it out and feel free to contribute to the wikia as well!
I can already in this early state of campaign 3 tell you that we have been putting a LOT of focus on fine-tuning story lines, checking up on dates etc. And what I can tell you now is that you will be exploring 4 different islands, you will be able to search through historical documents about the entire continent and the story line will be deeper than ever before! Really looking forward to it!

Anything else?
Yes, we are also holding a little competition and handing out some prizes to the person who can finish MoSII - The Undead of Xerphef with the highest score. To enter the contest simply link us a screenshot of your high score in the main thread in the Round Table forum and we will contact the winner! 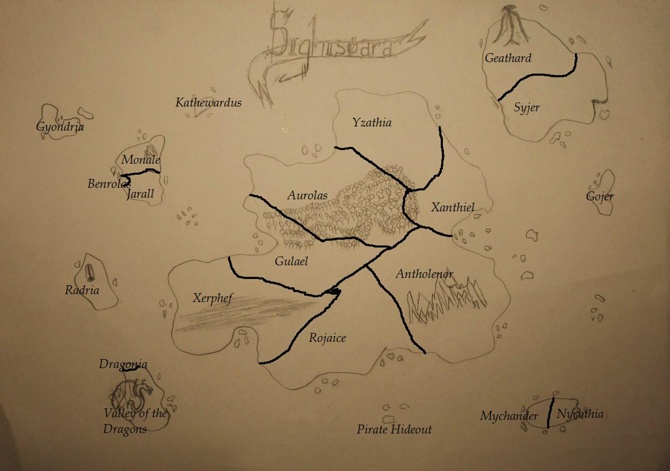 heroes V collectors edition keyboard...
Today, 03:41 by needwyee (29 replies)
in Heroes V-VI
Hello! I am a newcomer and hope to gain experience!

The Merge Convergence (for the MM8...
Yesterday, 17:13 by NotABroom (27 replies)
in Might and Magic
Oh my god, I think I just found out what I'm going to be doing next weekend. This looks glorious!