Might & Magic: Heroes VI → Epilogue → Tears such as Angels Weep 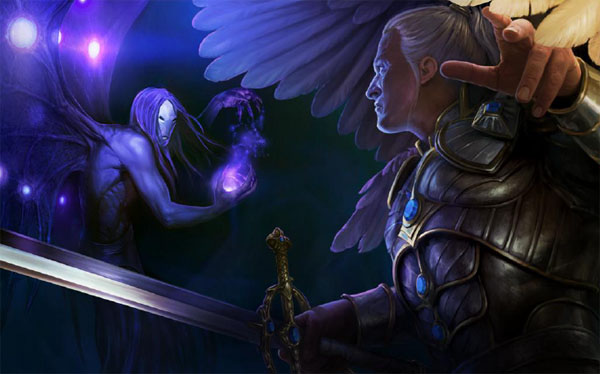 Welcome to the Epilogue. This mini-campaign contains just two missions, but they are not connected to each other. You have to pick one of the five main characters from the regular campaign. A Tear character plays mission 1, while a Blood character goes through mission 2. (So too bad you won't see all of them appear at the same time like in Heroes5). You can think of the setup as "alternative endings". Hopefully you have at least one characters of each path so you can enjoy both missions. 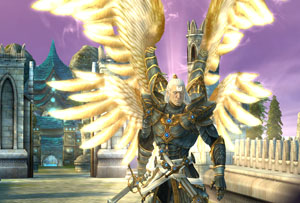 This walkthrough will use Irina (Magic + Tear) in mission 1, because I think she is the most versatile among the three Tear heroes I have. However, you are welcome to try other characters. This mission is not so difficult that only the best Magic hero can pass. This is a mission 5 with mission 3 enemies. Besides, to make sure you don't wait forever to make a powerful army to fight the final-final boss, Blackhole again dropped a Tear of Asha to be found by the usual routine of collecting four moon disc fragments.

Mission 1 mostly takes place above the clouds with pieces of plateaus connected by portals. You know it is high when the fog or wars are all white! You are against very aggressive Angels, who usually rush straight to you as soon as they can. So whenever you reach a new milestone, be ready for another fight.

Luckily, none of the regular angel heroes are too tough. I don't remember seeing any hero, or any scripted army inside a town that has any 3-digit stack (it probably will if you wait long enough). After you defeat an angel hero, it is a good idea to rush forward to take their home town, which should be very well developed. Steal them!

Warning: Since this mission is very easy, it is possible to over-achieve and trigger the forced final boss battle too early. Please refer to the walkthrough below for how to avoid this. 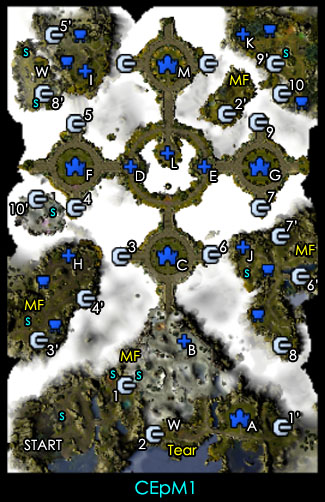 Epilogue mission 1
Level cap: 30
Difficulty Index: 3/6
Last updated: December 28, 2011 (v1.2)
Dynasty Traits: Again, free first generic hero at this level is a great trait. Hire yet another Might hero (for +1 Wood and Ore per day) as soon as possible anyway. You can also experiment with the campaign-completion reward Dynasty Trait. For Sanctuary, it is +2 Might Power and Defence. Budget will be tight in this mission, so don't get any growth bonuses. 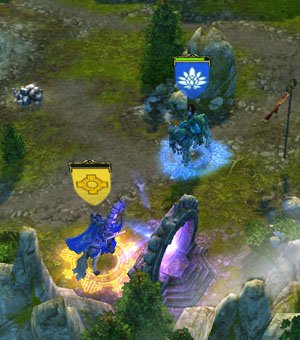 You start the mission in the bottom left corner (start). The first goal is to get you a town to work on. Visit the stable and follow the road east. Defeat and collect everything - you need some building materials to jump boost the town when you get it. There won't be any sawmill or ore pit for quite a while.

In my game, by the time you get close to the first portal (1), the first enemy hero already found Irina. This hero might carry some artifact you can use. While you have a small army, these heroes are nothing of a threat. Use the portal to get to the east side at (1'). Head straight west to claim your first town, Town A, and come back to collect the resources in this area.

Let's discuss going south first. Going south enables you to flag a Warpath Lodge (W), which greatly accelerates this mission. There is another one to flag later. Continue west to enter the two-way portal at (2-2'). You will arrive at one of the small plateaus northeast. Here you can collect the first Moon Disc Fragment (MF). 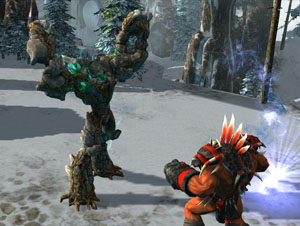 When you go north from the branch point, you can take over a very lightly defended Haven Fort, Fort B. This also triggers the counterattack of another angel hero, whom may carry some artifact as well. Get rid off that and clear the nearby area. You can collect the second Moon Fragment here.

When you are ready, push further north to conquer another very weak (and underdeveloped) Haven Town, Town C. It looks like this town is of utmost importance as all the huge paved roads are leading to it, and your intuition may tell you to build an advanced town portal here. Not so fast. There will be three more towns like this. This town is actually the least developed among all. Soon you will take something much better that already has the advanced town portal built for you.

After you take Town C, don't wonder off too far. In my game, two angry Angel heroes came after me, but they are not really difficult. After defeating these two waves of counterattacks, the Haven opponent becomes quite dormant (you can notice that the AI barely think during their turn.) At this point you are free to explore in any directions. Now let's look at the general layout of the map. 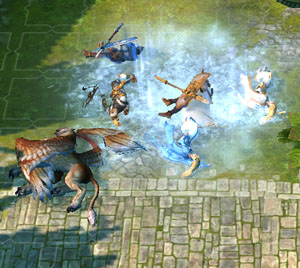 Plan A: Tear of Asha. There are two portals, (3) and (6), one on each side of Town C. Through these portals you can collect the remaining two moon fragments through them, and control some mines to finally give you some (poor) resource income.

Plan B: Sacred Kirins and crystals. There are three Forts north of Town C. If you take just one on either side (Fort D or Fort E), the game rewards you with a nice group of Sacred Kirins and a large number of crystals. Sacred Kirins' movement may be nerfed by patch 1.2, but their special attack is extremely powerful (especially for a Magic hero). But don't get too excited...

The final boss fight is triggered A WEEK AFTER you take the middle Fort, which is defended by some mediocre garrison (nothing like you have seen in Necropolis and Sanctuary mission 4). So it is very easy to accidentally take it and trigger the final boss fight. Leave it for the last!

Plan C: Steal two fully built towns. There are two Haven towns, Town F and Town G, one on each side of the central forts. The AI builds them up very quickly, but don't really have enough units to properly defend them. If there is nothing left to build, who cares about having no Wood or Ore? 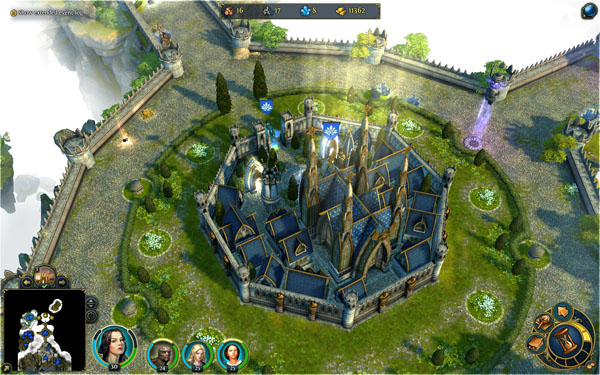 Thank you, AI!
It sounds like all of the above are top priorities! So let's do a bit of everything - Plan D: all of the above. After defeating two invading angel heroes around Town C, head west and use the portal at (3-3') to get to the western plateau. Collect the third Moon Fragment (MF) and take Fort H. Ship the new week's growth through Fort H, and use the portal (4-4') to emerge just south of Town F. Take Town F. 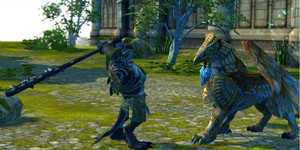 From Town F, head east and take Fort D to receive you Kirin and crystals. Use the portal north of Town F (5-5') to clear the northwest plateau and take Fort I and some more resource buildings.

Come back to Town F. Travel east to take Fort E (skip the central Fort L). Continue east to take Town G. Sweet! Go south from Town G and use the portal (7-7') to get to the eastern plateau. Go west to take Fort J. Pick up the last Moon Fragment (MF) southeast of the portal, and have a secondary hero to pick up the Tear of Asha (Tear) west of Town A.

If you use the portal in the middle (6') of the eastern plateau, you will return to the east of Town C (6). Instead of leaving this eastern plateau, continue south to use portal (8-8'). This brings you to a small plateau to the northeast, where you can flag the second Warpath Lodge (W). 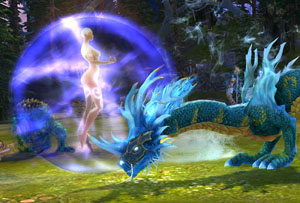 Return to Town G and use the portal to the north (9-9') to bring you to the northeast plateau. Go northwest to take Fort K, and go south to use the portal (10-10') to sweep another small plateau to the west. You can access an artifact merchant there.

Now you can sit and develop for a while. Use your secondary heroes to pick up resources left on the ground, and if you are Haven, Sanctuary, or Stronghold, buy some artifacts if they are better than what you are using. Don't bother upgrading all creature buildings - you probably don't have enough gold to buy all the creatures anyway.

When you feel "almost" ready to fight the final boss, take Fort L in the middle. The gate to the north should be open. Now you have 7 days to prepare for the final fight. In the meantime, you can challenge the final Haven town in the north, Town M. It should not be difficult at all at this point. If you still have extra days, send your main hero to visit as many one-time battle boosts as you can. I recommend the area around the first portal (1) (which should be a short trip from Town A).

When the seven-day counter is up, Michael shows up and the final fight automatically begins. (Before that, you can actually see an invisible Michael on the expanded world map as a yellow creature dot just north of Fort L). 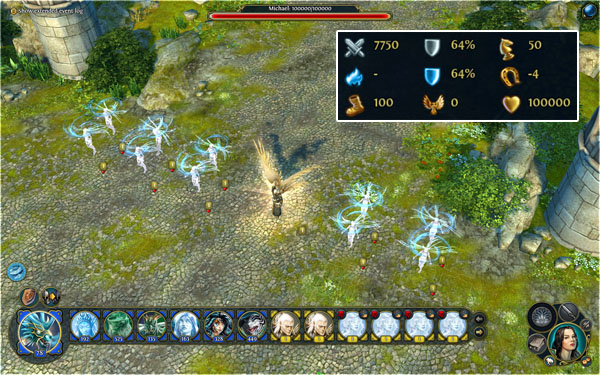 From the numbers, Michael does not look as tough as Uriel. His Might Power is only 7750. He has only 100K hit points. But like Uriel he is also escorted by guards - 10 strengthened Light Elementals. Good for Tide Master Irina, one wave of Tsunami and they become 10 dizzy and disabled Light Elementals.

But that did not really disable them - they serve as Michael's blood bank. All damages on Michael are transferred to the guards and evenly distributed among them. Each elemental has 10K HP, so that gives Michael 100K extra HP. When that 100K extra HP runs out, all guards die instantly.

Michael does not really have a powerful special attack. Since he uses Might Power, you can cast Mass Stone Skin to make Michael's attack miserable. Cast all your best mass bluffs, keep attacking, and Michael should go down fairly quickly. Congratulations!

Note: There is an achievement that requires at least 4 minions to live when Michael goes down. I don't see how this can be possible if Michael's initial damage taken is transferred to his minions. Maybe the damage transferring will stop after a few turns?