Well, this is it folks, with the publication of the last batch of walkthroughs, our journey through the Heroes of Might and Magic V campaigns is over. Please note that the Flying to the Rescue campaign is made of the four scenarios below (I admit I thought for a while that Nival gave us a bonus with the prologue...). Click on the links to get some help:

I wish to thank maltz for his outstanding work during the past year and a half. Not only did he write all the articles for the two expansions, he posted walkthroughs for the original game and updated all walkthroughs based on the patches as needed. He joins The Quebec Dragon and Harukaba as one of the most influent walkthrough specialist of the Heroes community.

Flying to the Rescue
M1: Dark Ways and Deeds 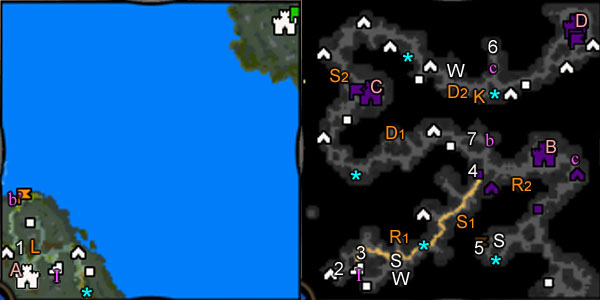