Heroes of Might & Magic 2 Civilization...
Today, 08:28 by Blake (18 replies)
in Modcrafting Guild
Hey guys,
Time for another update.. a way overdue one! Firstly I must be honest and say that not a huge...

Here is the background story behind four heroes of the Fortress faction. Those heroes will only be available with the Hammers of Fate expansion pack. Click on the pictures to enlarge them. 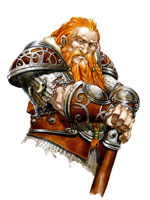 Wulfstan is a member of the Winterwind clan of dwarves; he is strong and inured to the extreme conditions of the Dwarven mountains (not many Dwarves venture outside their subterranean cities). His travels in the exterior have also made him friendly with other peoples, a fact that for some more conservative elements is equivalent to being tainted. Having embarrassed the king once too often with his plain language and undiplomatic opinions, he has been more or less banished to the frontier where he is the captain of an important garrison. 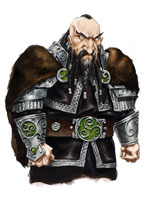 Rolf is at ease in the court as he is in the saddle; he is an accomplished courtier and certainly an adequate, if not outstanding, fighter. He is an important member of the Winterwind clan, but is too politically astute to let the concerns of the outside get in the way of his political career. To be blunt: Rolf wants to be king. To do this he must prove his worth to all of the six clans who will select Tolghar`s heir. As such, he is entirely content that his dangerously competent half-brother Wulfstan is not around to mess up his plans. 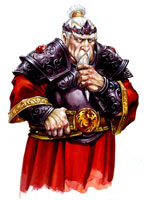 (Dwarven King, Grimsteel clan) Though a good man, Tolghar lives in constant fear. He lacks self-confidence and fears that the chaos surrounding his country will eventually affect him. He is easily manipulated by counselors and kin who have learned to play his fears like a "bhak-zad" -- the dwarven pipe organ that uses the hot air from lava vents to send bass notes echoing across their great caverns. 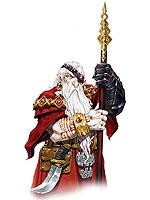 Hangvul views himself as the sole thing that keeps the empire on an even keel; as a result he views it as his dragon-given duty to ensure that King Tolghar follows his recommendations. Hangvul lost an eye and an arm in wars against the Dark Elves, and he fashioned himself new ones out of magic and steel. The results of this on his personality are enormous -- from a fanatic and racist hatred of other factions to an unshakeable belief in his own convictions and talents.